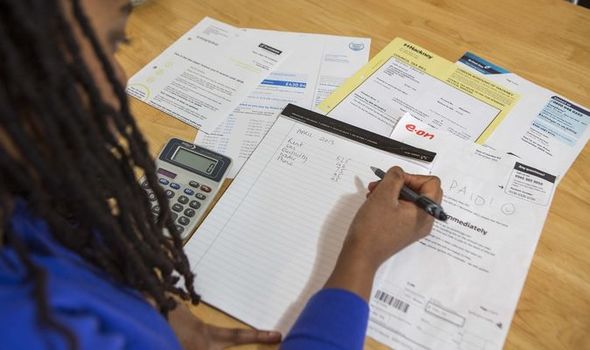 The energy regulator is set to increase the price cap next month to take effect in April. If the energy price cap rises from £1,277 to £2,000 from April, as is being predicted, monthly bills would increase by £60.25. But the average person can only afford £33.90. People already in fuel poverty – those who pay 10 percent or more of their household income on energy – say they can only afford an additional £13.70.

Caroline Abrahams, charity director at Age UK, said: “This rise in the cost of living, of energy especially, is dragging increasing numbers of older people into financial difficulty. If you are living on just the state pension, or that plus only a very modest private pension, then there simply isn’t the flex in your finances to cope with such whopping price rises.

“For many older people in this position there are only bad choices – ration your energy use, cut down on food or other essentials – or go into debt. It’s shameful this is what we are asking increasing numbers of pensioners to do. They deserve so much better. The Government must do more to help them.”

Half of households say support from Government and the energy industry has been inadequate over the last year, according to price comparison website Uswitch.com. Two in five billpayers say ministers need to do more to resolve the problem. A third say the same about regulator Ofgem and three in ten hold their supplier responsible.

Richard Neudegg, head of regulation at Uswitch, said: “The Government needs to do much more, and fast, to scale up its support for vulnerable households in a way that reflects the cost increases. The support offered through the Warm Home Discount payments is in no way sufficient to help the most vulnerable. The payments should be automatic for all who qualify.”