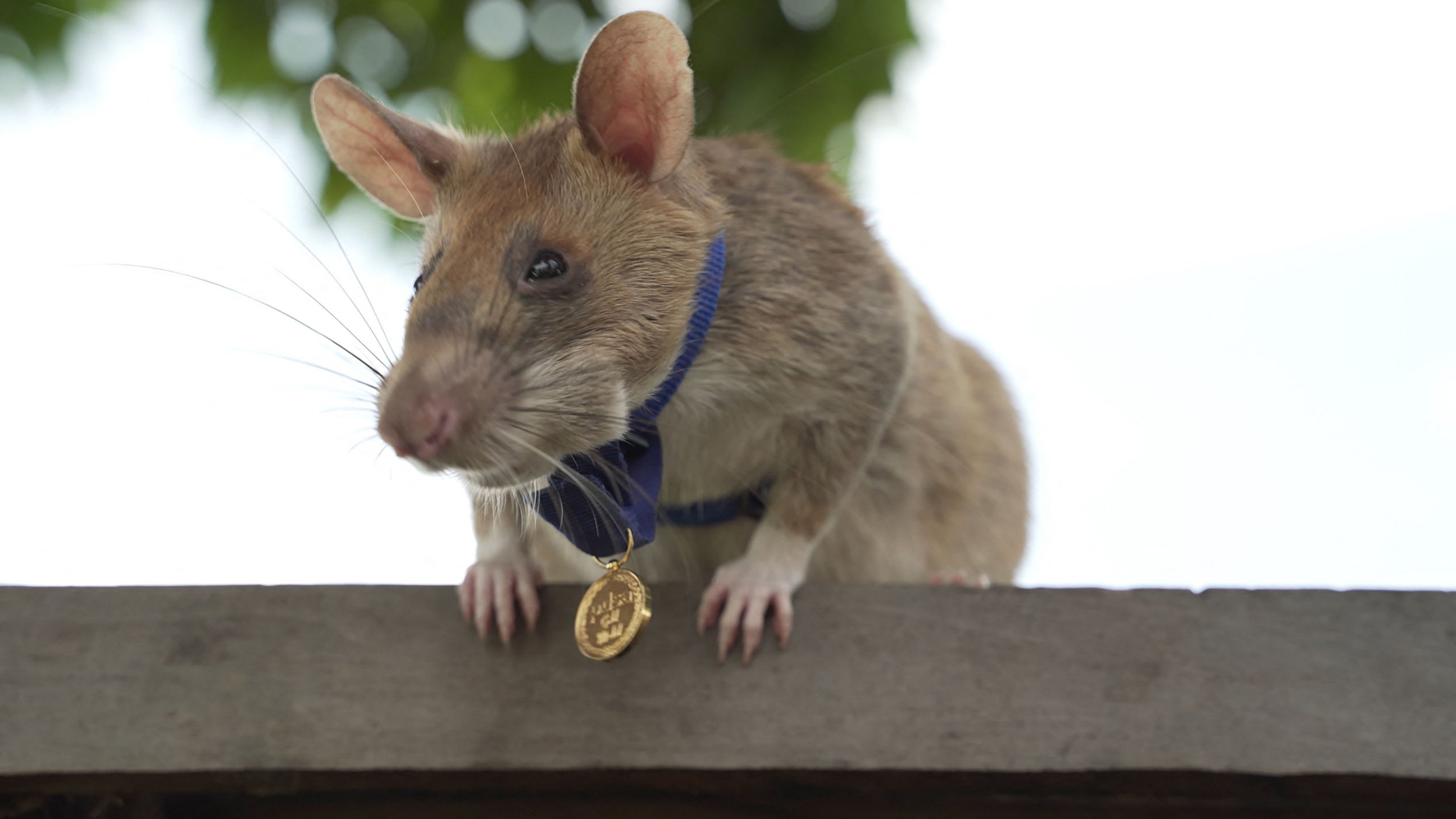 We all look forward to retirement after enduring the rat race of working life – and landmine-sniffing rodent Magawa is no exception.

After a long five-year career – in rat years at least – Magawa, an African giant pouched rat, also known as a ‘hero rat’, is scurrying off into the sunset.

Magawa, based in Cambodia, has been the most successful rodent ever overseen by Belgian charity APOPO, which trains rats to alert human handlers to landmines and unexploded bombs so they can safely be removed, reports Sky News.

According to APOPO, Magawa’s illustrious career has seen him clear more than 225,000sqm of land – or 31 football pitches – and discover 71 landmines and 38 items of unexploded ordnance.

It comes after he was awarded Britain’s PDSA Gold Medal last year.

The prize is the animal equivalent of the George Cross, awarded to Britons for acts of bravery and heroism.

Magawa was the first rat to receive the award since animals began receiving the honour some 77 years ago.

Many dogs, horses, pigeons and even a cat have received the recognition in the past.

But alas, Magawa’s time in the field has to come to an end.

‘Although still in good health, he has reached a retirement age and is clearly starting to slow down,’ APOPO said. ‘It is time.’

Magawa’s handler Malen said in a statement: ‘Magawa’s performance has been unbeaten, and I have been proud to work side-by-side with him.

‘He is small but he has helped save many lives allowing us to return much-needed safe land back to our people as quickly and cost-effectively as possible.

‘But he is slowing down, and we need to respect his needs. I will miss working with him!’

APOPO has already enlisted a group of 20 newly trained landmine detection rats who all passed their entry test ‘with flying colours’.

African giant pouched rats are more suitable to mine detection than other trained rodents as they are small enough to walk across minefields without triggering explosives.

Clashes between police and 'statue defenders' in fourth weekend of protests