Home » Europe » Delay Brexit? Ireland would not stand in the way

LONDON/DUBLIN (Reuters) – Ireland said on Tuesday it would not block a possible request to delay Brexit after a newspaper reported that British and European officials had discussed the possibility of extending the formal divorce process from the bloc. 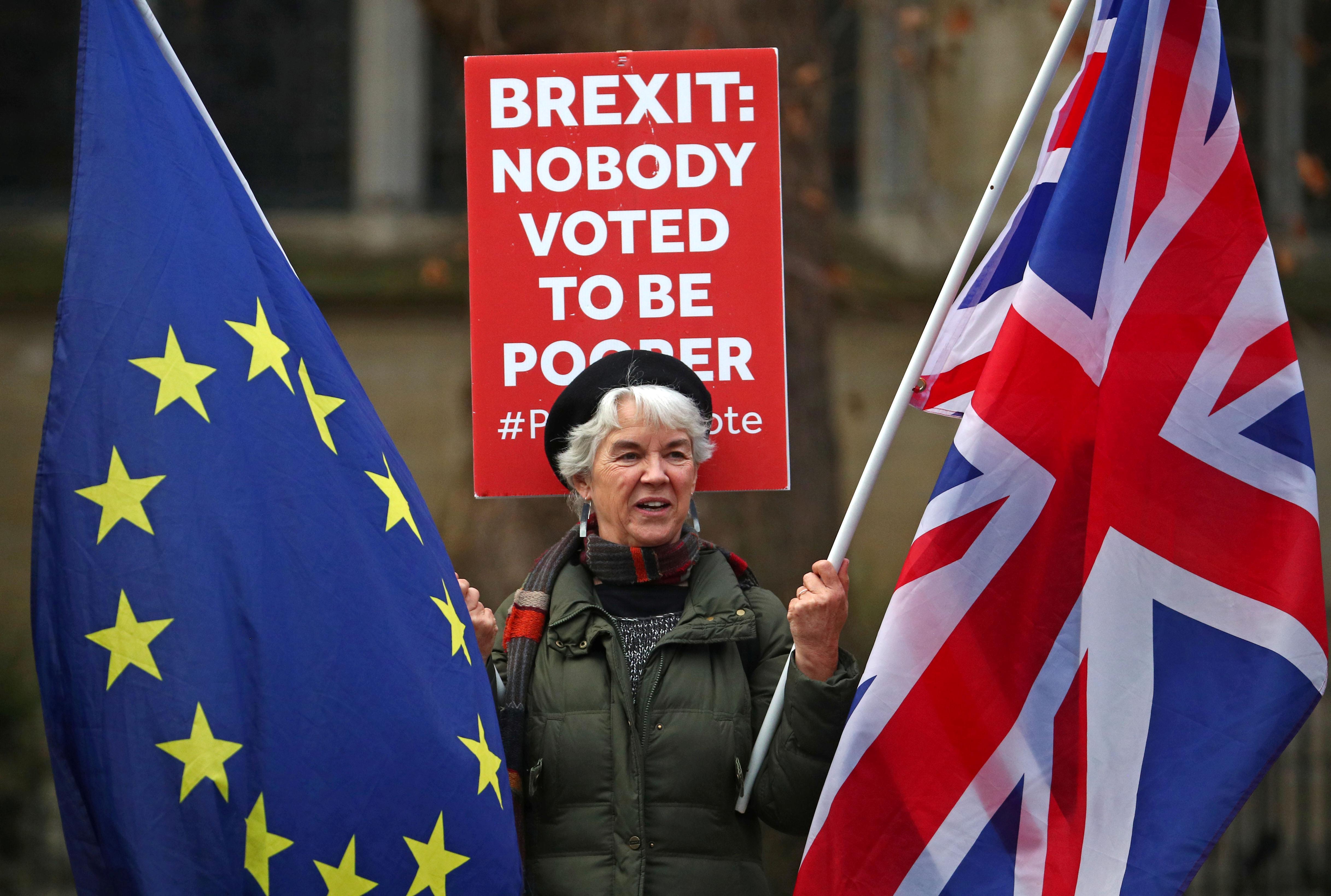 The future of Brexit remains deeply uncertain – with options ranging from a disorderly exit to another referendum – because British lawmakers are expected on Jan. 15 to vote down the deal that Prime Minister Theresa May struck with the EU in November.

May has repeatedly ruled out delaying Brexit, though she has also warned British lawmakers that if they reject her deal then Brexit could be derailed or that the United Kingdom could leave without a deal.

The Telegraph newspaper cited three unidentified EU sources as saying British officials had been “putting out feelers” and “testing the waters” on an extension of Article 50, which sets out the conditions for leaving the EU.

Brexit Secretary Stephen Barclay denied the report and said London would not seek to extend the divorce while German Foreign Minister Heiko Maas said it was not time to discuss such a course. Ireland, though, said it would not stand in the way if Britain made such a request.

“Certainly from an Irish perspective, if such an ask happens, we won’t be standing in the way on that,” Irish Foreign Minister Simon Coveney told journalists after a meeting with Maas in Dublin.

“If it is the case that at some point in the future that the British government seeks an extension of Article 50, then that is something that will have to get consideration at an EU level,” Coveney said.

Ireland’s economy would be hit hard by a disorderly Brexit and the most contentious part of May’s deal is an insurance plan aimed at preventing a hard border between the Irish Republic and Northern Ireland.

Extending the divorce beyond March 29, 2019 would require the unanimous agreement of EU heads of state and government in the European Council.

EU leaders and officials have said over recent weeks that they would be open to extending the Brexit process if Britain asked. However, they have made clear that, so far, May has stuck to her position that she will seek no delay.

EU officials have been working through the legalities and issues involved in all scenarios, said one senior official close to the Brexit talks, while stressing that there was no indication from leaders that an extension was a preferred option.

The ultimate Brexit outcome will shape Britain’s $2.8 trillion economy, have far-reaching consequences for the unity of the United Kingdom and determine whether London can keep its place as one of the top two global financial centres.

May last month pulled a parliamentary vote on her deal, struck after two years of tortuous negotiations, after admitting it would be defeated.

A new parliamentary vote is due on Tuesday next week, though it is unclear what May’s next steps would be if the deal is defeated.

Goldman Sachs said its base scenario was that May’s deal would be defeated at first but a close variant of the deal would eventually be approved by parliament.

Business chiefs and investors fear leaving the EU without a deal would silt up the arteries of trade, spook financial markets and dislocate supply chains.

“We are very much focused on working to make sure there is no no-deal Brexit because it would trigger disadvantages for my own country and for the EU at large,” Germany’s Maas said. “It might have a negative effect on jobs in Germany.”

Amid fears that the political deadlock in London could allow the UK to drop out of the EU without a deal, some lawmakers are trying to limit the chances of a no-deal by proposing changes to last year’s budget.

If approved, the amendment would give the government powers to amend tax laws to make them work after Brexit only if a deal was agreed, Brexit was cancelled, or, if the government had parliamentary approval to proceed with a no-deal exit.