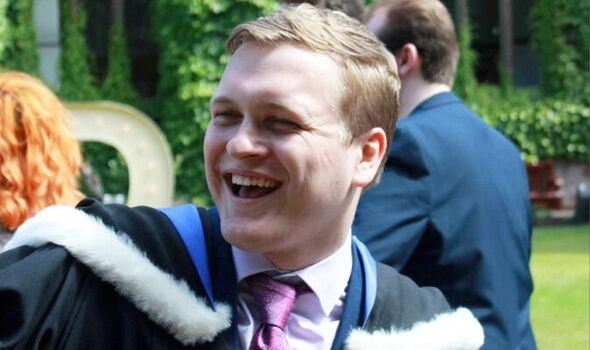 A pre-inquest review held on Tuesday, May 11, at Newcastle Upon Tyne Corner’s Court has brought hope to the man’s parents — Jill, 58, and Stuart, 59 — as they look for the “full truth” about the circumstances surrounding their son’s death.

The hearing was in-person only and was listed for one hour. The full inquest is scheduled for October 19 to 22.

The 23-year-old’s family have been told their son may have suffered a severe allergic reaction after eating a single slice of pizza from Dadyal restaurant in Newcastle via the popular food delivery app on July 10, 2020.

They have pushed for an inquest into his death as they said he was always “so careful” about checking ingredients.

Mr Atkinson, who had ordered from the restaurant before, was unaware the premises had allegedly begun using peanut powder within the ingredients of the chicken tikka masala pizza.

Dadyal was suspended from Deliveroo after his death but remained on other food platforms.

Environmental health officials and police confirmed it could trade again later that month.

Jill and Stuart are calling for clearer displays of allergens to prevent a similar incident from happening to others.

They have also called into question the effectiveness of Deliveroo’s allergen information, arguing such details need to be made clearer with an allergy tick-box on the order form.

The restaurant’s owner reportedly said in 2020 the order was placed online through Deliveroo and the website contained “very clear” information regarding allergens and food hygiene.

At the time, Deliveroo said the “restaurant notes” section for Dadyal had a “cross-contamination notice” for peanuts.

Mr Atkinson’s family described him on a Crowd Justice page as “a bright and bubbly character who lived life to the full”.

A computer science graduate from Newcastle University, they said he loved sports, spending time with friends and walks with the family’s dog.

They wrote: “We are determined to ensure a full and fearless Inquest into James’ death and want to do all we can in his memory to help increase the protection for allergy sufferers in the UK.

“We have been told that a three-day inquest into James’ death will be taking place on what would have been his 26th birthday.

“We should be celebrating his life on this day and instead we are going to be asking questions about what happened to him that night.”

The family added: “We have no words to describe how painful this will be”.

The Atkinsons are being represented by Thomas Jervis, partner at law firm Leigh Day, which has represented families with similar allergen stories to James’s.

To support them in their loss and journey, visit their crowd justice page here.

More than a million unpaid carers in UK living below the poverty line, research finds