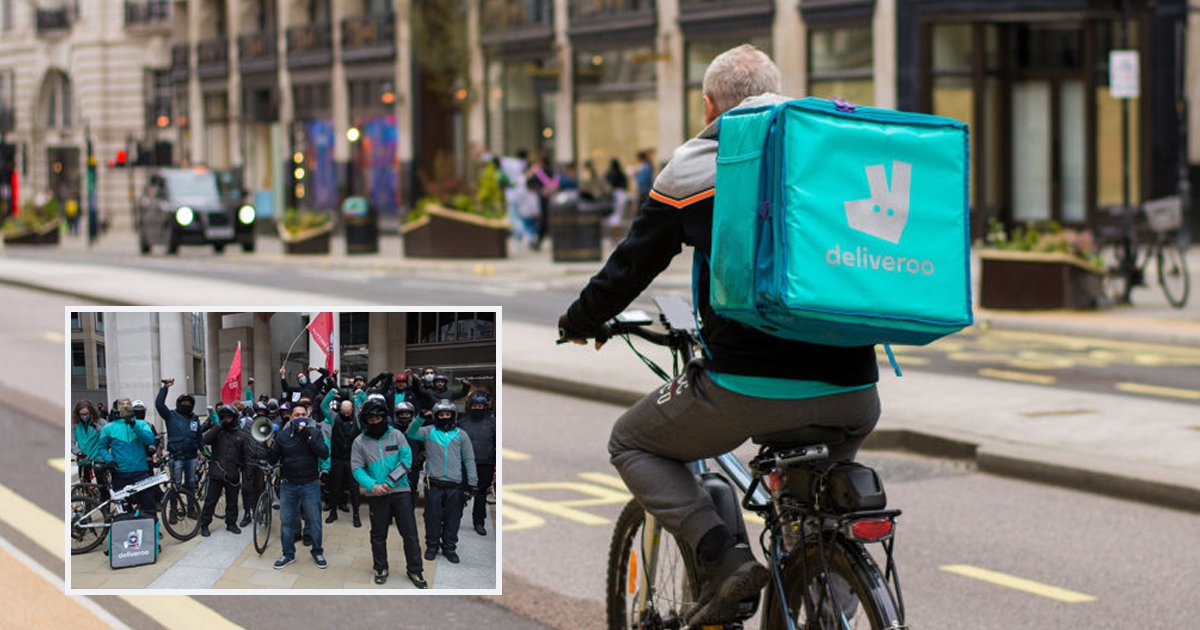 Riders who deliver for Deliveroo cannot be recognised as workers in attempts to negotiate for better pay and hours, a judge has ruled.

The Court of Appeal ruled that the ‘self-employed’ nature of working for Deliveroo means they are not entitled to worker’s rights.

This means riders will not be able to unionise, collectively negotiate their pay or let the Independent Workers Union of Great Britain (IWGB) represent them.

The decision was originally made in 2017, but it has been upheld because Deliveroo riders ‘are, genuinely, not under an obligation to provide their services personally and have a virtually unlimited right of substitution’.

Lord Justice Underhill was referring to the fact that riders are allowed to pass their jobs onto substitutes and cannot therefore be classed as workers.

The ruling sky rocketed shares for investors, which have been struggling since they listed in March.

Deliveroo’s founder and chief executive Will Shu, who owns about 6.4% of the business, saw his nearly 116 million shares rise in value by 21.5p after the judge’s decision.

This comes to an extra £24.9 million to his fortune.

Deliveroo’s largest shareholder is the internet sales company Amazon, which bought a big stake in May 2019.

Deliveroo said: ‘Deliveroo’s model offers the genuine flexibility that is only compatible with self-employment, providing riders with the work they tell us they value.

‘Those campaigning to remove riders’ flexibility do not speak for the vast majority of riders and seek to impose a way of working that riders do not want. ‘

But IWGB president Alex Marshall said: ‘Deliveroo couriers have been working on the front line of the pandemic and, whilst being applauded by the public and even declared heroes by their employer, they have been working under increasingly unfair and unsafe working conditions.

‘The reward they have received for their Herculean effort? Deliveroo continuing to invest thousands of pounds in litigation to silence workers’ voices and deny them the opportunity to negotiate better terms and conditions.

‘It appears that when Deliveroo talk about flexibility and being your own boss, it is talking about the flexibility of choosing when to make poverty wages and work in unsafe conditions.’

Yet despite a jump in the company’s share price, it is still worth considerably less than bosses were hoping when they listed the business in London.

Even with the rise, Deliveroo is worth just £5 billion, compared to the £7.6 billion when its shares first started being traded in London.

‘Don’t accept that for a minute!’ Javid hits back at BBC’s Pienaar over anti-Brexit claims