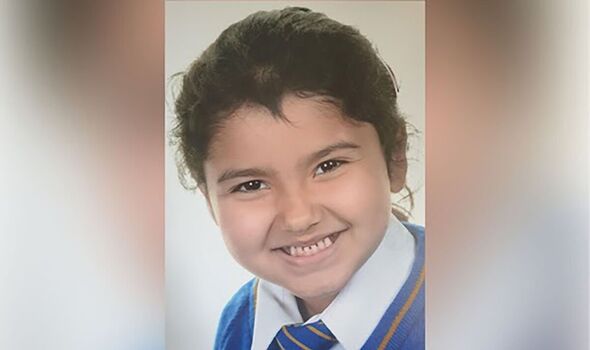 A delivery driver knocked down and killed a five-year-old girl before carrying on to drop off a takeaway – and a charge against him was dropped.

Istvan Zarka, 63, hit little Minaal Salam after she left an afterschool club and then refused her distraught dad’s plea to call an ambulance. Minaal’s inquest heard yesterday that when Zarka was arrested, he gave a “no comment” interview to officers.

The delivery driver was arrested on suspicion of death by dangerous driving. He was charged with leaving the scene of an accident and driving without business insurance, the inquest heard.

But the charge relating to him failing to stop at the scene was later dropped.

Emma Serrano, area coroner for Stoke on Trent and North Staffordshire, said the death had been a “tragic accident”.

“She passed away as the result of an accident. A tragic accident, but nevertheless, it’s an accident,” the coroner said.

Minaal died at the scene of the crash on April 1 last year, Stoke-on-Trent Live reports. It was 40 minutes before an ambulance arrived, the hearing was told.

The collision was said by accident investigators to have been “unavoidable” but Zarka was only driving at around 24mph in the 30mph zone in Blurton, Stoke-on-Trent.

During the hearing, Minaal’s mother Alia Anum Salam quizzed police over their investigation into the crash.

PC Matthew Brailsford, of Staffordshire Police, gave Mr Salam’s account of the events of the collision.

He said: “Abdus stood at the side of the road and looked both ways four or five times. Minaal took one step out in the road. A car came down the road. He only saw it coming when it was one foot away.

“Minaal fell forward onto the bonnet. It carried her for about 10 feet before it stopped. He put the car seat down. He held her in his arms.

“He said to the driver: ‘You hit my daughter, can you please help me and call an ambulance?’ The driver said ‘No, go away’ and drove off down the road. Abdus gave CPR and shouted for help. He said it was 20 minutes before anyone came and 20 minutes later before the ambulance came.”

It is possible that a Mercedes may have impeded the view of both pedestrians and the driver, the hearing heard.

PC Brailsford added: “He saw Abdus standing holding a small child in his arms. A car had stopped in the middle of the road.

“There was an argument going on. Abdus opened the driver’s door and the driver pulled it shut. Mr Jenkins saw the child lying on the pavement. Abdus shouted ‘Somebody help me!’

“Abdus started CPR. He shouted ‘You have killed her, you b*****d!’ The driver said ‘She stepped out.’ He didn’t speak good English. Mr Jenkins asked what had happened and he said ‘She just stepped out’.”

Ms Salam quizzed Staffordshire Police on whether Mr Zarka had been paying attention at the time of the collision.

Addressing PC Brailsford, Mrs Salam said: “I am sorry to say but there are loopholes. You say you don’t know but I think you had the right to cross-question the witness or ask more questions like I have.”

The Staffordshire Police investigation included reconstructions and checking for defects on the car.

Sergeant Ben Foster told the inquest: “At the point, the pedestrian stepped off the kerbside the collision was unavoidable. It’s my opinion that the driver had insufficient time to avoid the collision and was still in the reaction period.”

A post-mortem examination found Minaal died as a result of a road traffic collision.

Speaking after the inquest, Ms Salam paid tribute to her child. She said: “There is not a single moment where I don’t miss her. She was very loving.

“She loved shopping and she was very mature – she was not five. I didn’t have sisters, so I was over the moon when she was born.