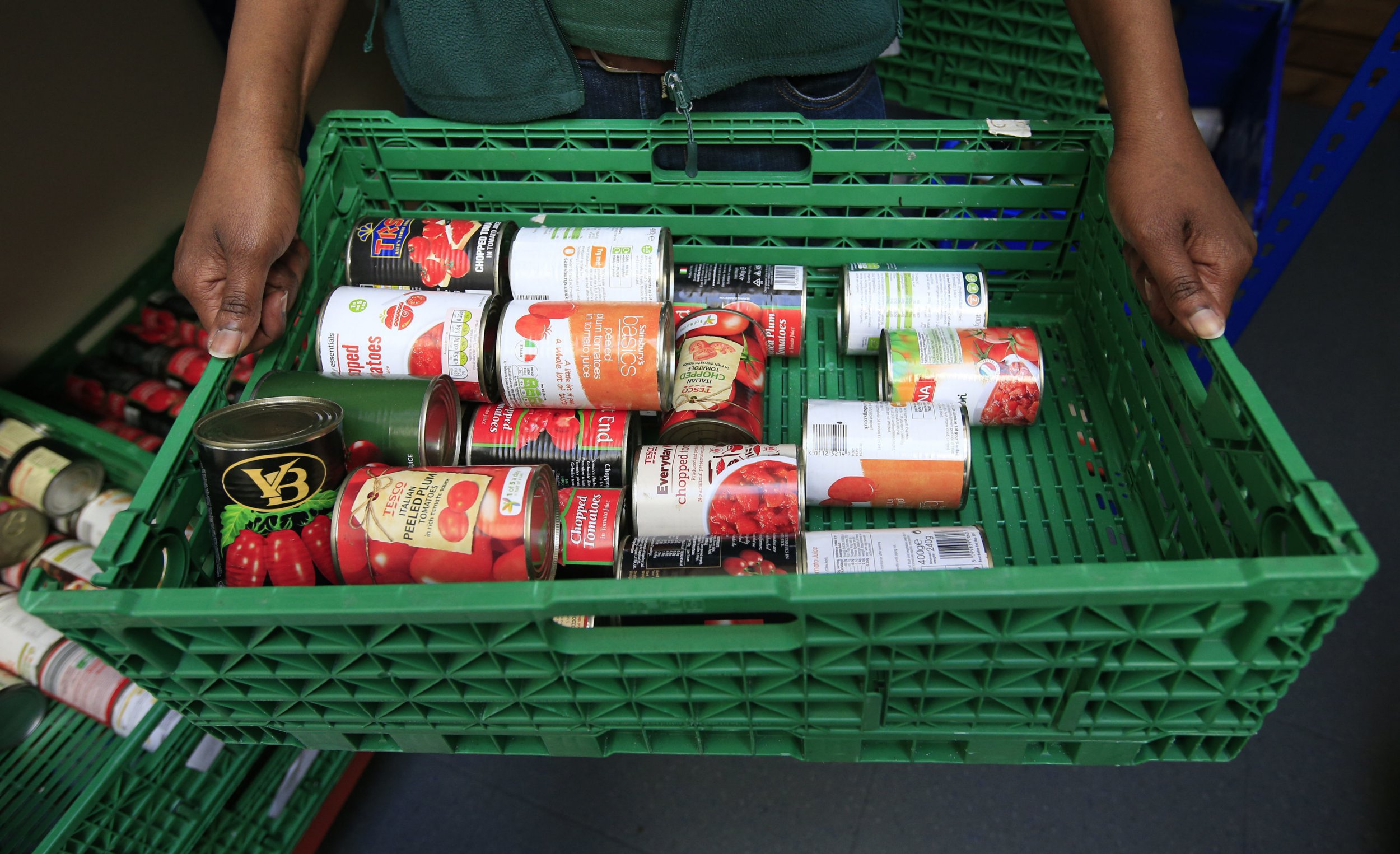 Food banks are struggling to keep up with a recent surge in families depending on them to stay afloat.

Boris Johnson’s government introduced an extra £20 a week for those on Universal Credit during the pandemic.

Despite many ministers pushing for this to become permanent, the scheme ended on October 3.

Since then, food banks have seen a 66% increase in people needing help from them, according to a survey done by the Independent Food Aid Network (Ifan).

The research, shared with The Independent, also showed that 45% of food bank managers were considering whether they should cut food parcels down.

Many said they were worried they would eventually have to turn any new people away.

But in the last few weeks, workers have had to scramble to provide for around 400 families, manager William McGranaghan said.

He added: ‘The universal credit cut is a nightmare, because £86 a month is a lot. It’s pushed people into trouble quickly’.

Trinity Foodbank, from a church hall in Bury, Manchester, now has to come up with 85 food parcels, up from 70 a few weeks ago.

Manager Tina Harrison has already started reducing parcels to ‘the very basics’ to make up for the excess demand.

She said: ‘Some families have asked whether there will be enough food. Some have told us they’re wondering whether they’ll have to turn their heating off.’

Similarly, Second Chance Medway in Kent has seen an extra 20-25 people each week this month.

The team is usually able to make sure they have enough food supply for three months. But now, they only have one months’ worth.

To make things worse for food banks, this is all happening while the country grapples with a supply chain crisis.

Some 63% have reported that they are struggling to get all the stock they need, and the current shortage of lorry drivers it making it hard to get groceries to the right place.

A charity that distributes leftover products to different food banks around the country, Fareshare, said it was losing out on 30% of the stock it usually gets.

Donations – the other major way food banks get groceries – are also dwindling.

Brits reeling from the pandemic are finding less money to spare and supermarkets themselves are experiencing a food shortage.

The Government has previously argued its £20 cut to the taxpayer-funded benefit was always a ‘temporary measure’ during lockdowns and coronaivrus restrictions.

Ministers believe their fight against poverty will be better-won with higher wages – as part of Mr Johnson’s plan to ‘level up Britain’.

The Department of Work and Pensions said: ‘We know the best route towards financial independence is through well-paid work, which is why our multi-billion pound Plan for Jobs is helping boost skills and opportunity, while Universal Credit continues to provide a vital safety net for millions.

‘The Household Support Fund is helping the most vulnerable with essential costs through this winter, and is distributed by councils, who are best placed to ensure those in need in their local areas can be identified and supported as soon as possible.’