Experts believe the Danish monarchy is more than 1,200 years old, putting it amongst the most established in Europe. Early roots of the family grew out of Harthacnut, a legendary Norse king, but the modern line may predate even that. As such, they have collated several variations if their coat of arms and two coexist for modern use.

Denmark has two versions of its official coat of arms, the culmination of hundreds of years of standard development.

The current “greater” royal coat of arms took shape in the early 19th centrism and has had several alterations since then.

Known as the rigsvåben, it features three pale blue lions seated amid a field of nine lily pads, commonly represented as red hearts.

Two “savages” hold together the quartered coat on a shield, and a crown sits on top. 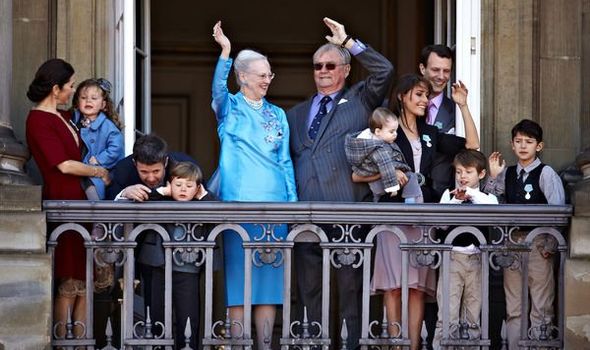 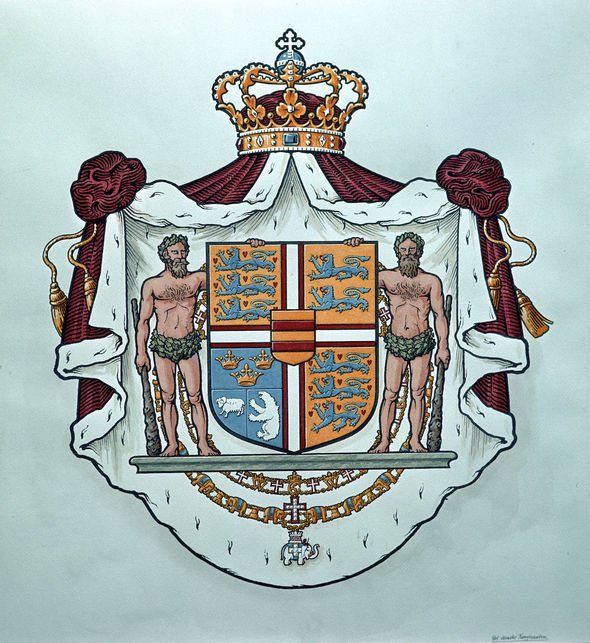 The “lesser” national coat of arms known as the nationalvåben, depicts the lions, lily pads and crown only.

Both depict sovereignty in Denmark, but they have different uses.

The monarch uses the royal arms alongside the royal house, court and the Life Guards from 1959.

The remaining Danish authorities have use of the national coat of arms. 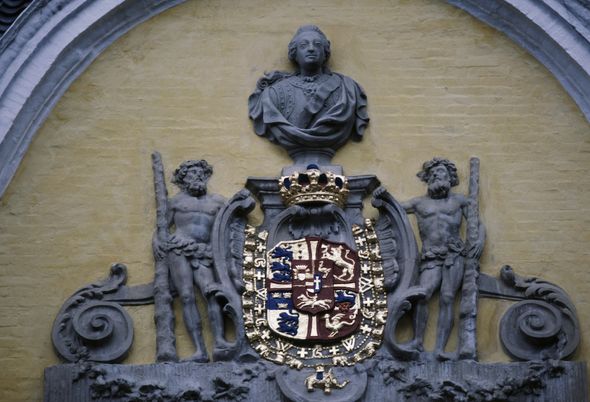 Several members of the current royal family also have their own coat of arms.

His wife, Crown Princess Mary, weaves her Scottish MacDonald ancestry together with her husband’s.

The Crown Prince’s brother, Joachim, has a similar one to the heir, but with an added division, and his wife has one which combines his with her French ancestry. 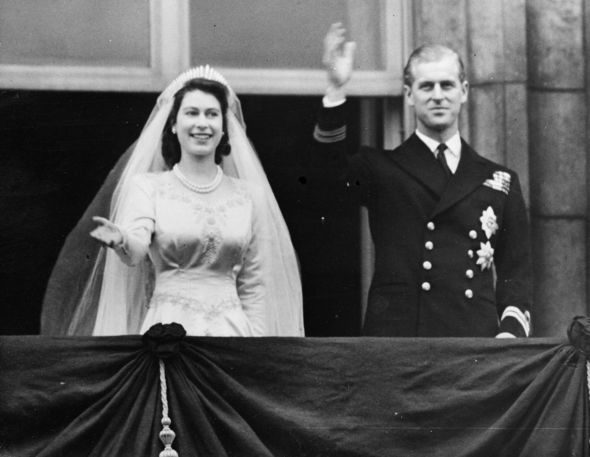 Aspects of the royal coat also feature on one prominent member of the UK Royal Family.

Prince Philip, once a prince of both Greece and Denmark, has the Danish lions, lily pads and a savage on its left of his personal arms.

Although these aspects feature prominently, the Prince is no longer an official member of the other European families.

He famously had to ditch his other titles before marrying Queen Elizabeth II in 1937.

Before their wedding day, he King George VI tased a letters patent which made him an HRH in the UK.

A second letters patent issued on the morning of their wedding day granted him a slew of new titles.

He became the Duke of Edinburgh, Earl of Merioneth, and Baron Greenwich of Greenwich in the County of London.

In 1957 the Queen made him a Prince of the United Kingdom of Great Britain and Northern Ireland.