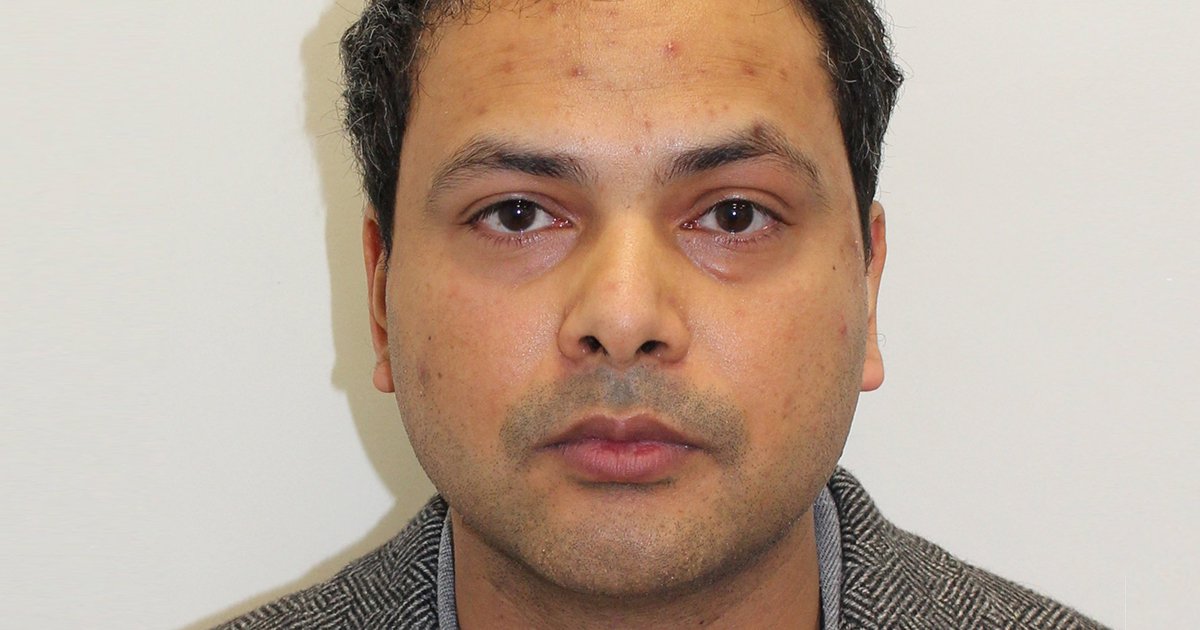 A Harley Street dentist who beat up his partner during two explosive rages has been jailed.

Amandeep Goma was on bail over controlling and coercive behaviour against another woman when he carried out the attacks.

He hit the victim over the head ten times, punched her in the arms and back, strangled her, knocked her teeth in with a dumbbell and called her a ‘f***ing slut’.

The victim thought Goma was going to ‘kill’ her and was left so scared she couldn’t get out of bed the next day, Westminster magistrates heard.

Less than two weeks later on June 30, Goma became aggressive when they were having sex.

He pushed her on the chest and she told him their relationship was finished.

But he would not let her go and threw her phone at her and pulled her hair extensions out.

She told police: ‘He destroyed my self-worth. When he abused me, I could not hold a spoon in my hand to feed myself.

‘He would do it for me, treating me like a baby after he beat me.’

She added: ‘I take sleeping pills so I no longer have to deal with the night terrors.’

Goma was jailed for six months after being convicted of common assault and criminal damage.

He must also complete a 30-month sentence for his previous conviction. Goma was ordered to pay a total of £853 and is likely to be struck off as a dentist.