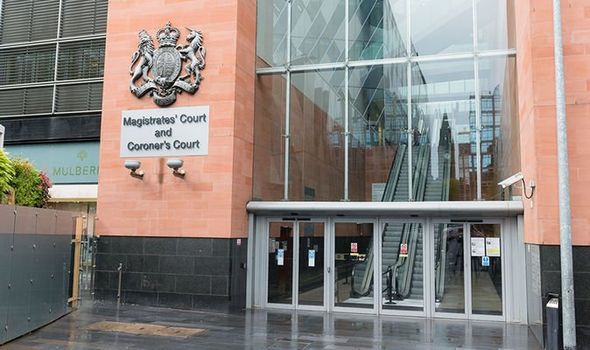 Antonia Traynor’s victim was “humiliated, embarrassed and upset” and had to move house after the online shock, a court heard. Traynor, 30, was later arrested after making a throat-slitting gesture at the mother of two, who used to date her boyfriend Gary Openshaw.

Magistrates in Manchester convicted Traynor of disclosing a private sexual photo with intent to cause distress and using threatening behaviour.

She has since lost her job and is claiming Universal Credit, the court heard.

As Mr Openshaw and his ex were arguing online, Traynor messaged the woman, asking her to “give me a ring”. The woman called Traynor and the pair had a bitter row.

Ms Rogers said: “Later, the complainant received a call from a friend to say the defendant had posted a photo of her breasts on Facebook.

“The following morning, she received another message from a friend saying they had seen the screenshot.

“She called the police and said she was distressed about the whole incident.”

Traynor had blocked a lane with her car and the victim said: “I could tell she was saying, ‘You are dead’. She was crossing her finger across her throat in a gesture. I am now living in fear of her.”

Darin Millar, defending, said Traynor, of Swinton, Greater Manchester, had been at “breaking point” after receiving “abusive and threatening” messages from the woman.

He said: “She had a bottle of wine, took antidepressants and posted a picture of the complainant’s breasts.

“It was a stupid, drunken mistake. She has regretted this every day.”

Traynor was given a 12-month restraining order banning her from contacting the victim.

She must also do 150 hours of unpaid work and pay £320 costs and surcharges.

Magistrate Ronald Marshall told her: “Draw a line under this and try to sort yourself out.”