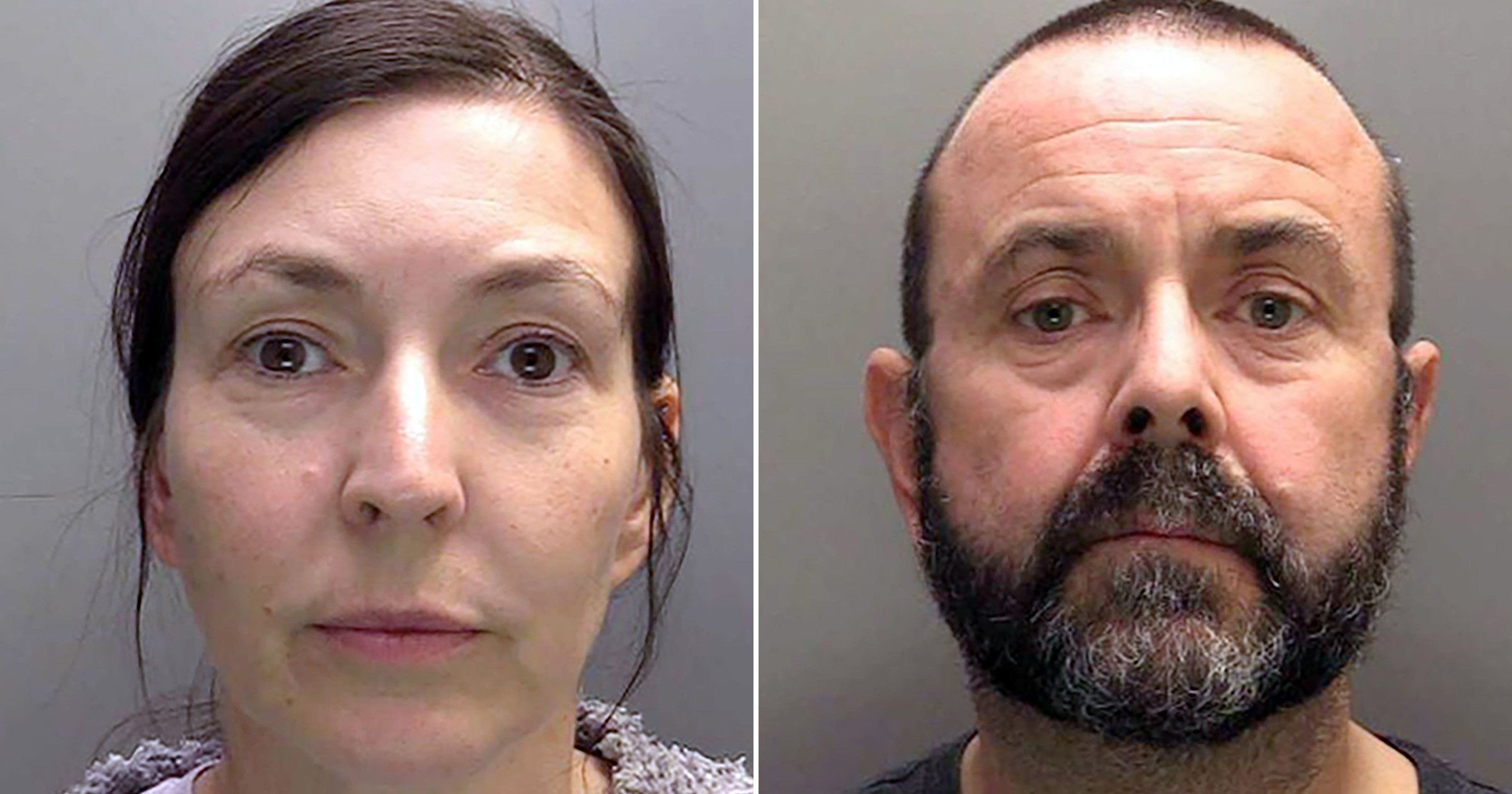 A deputy headteacher has been jailed for raping a child in a crime a judge said showed ‘human depravity really knows no depths’.

Julie Morris was locked up after filming herself and her partner abusing a minor under the age of 13.

The 44-year-old was sentenced to 13 years after admitting 18 offences, including two counts of rape, nine of inciting a child under the age of 13 to engage in sexual activity and two of engaging in sexual activity in the presence of a child.

The court heard she and partner David Morris filmed themselves abusing and raping the victim, a girl under 13, in a series of videos discovered on his phone.

The teacher, wearing glasses, a face mask and a cream cable-knit jumper, was also ordered to serve a licence period of four years after the prison sentence.

David Morris was jailed for 16 years, with an extended licence period of four years, for 34 offences, including seven counts of rape and 13 counts of causing or inciting a child under 13 to engage in sexual activity.

Honorary Recorder of Liverpool judge Andrew Menary said: ‘Every now and again you see cases, the circumstances of which are almost beyond belief. This is one of those cases.’

The court was told she was safeguarding lead at St George’s Central C of E Primary School in Wigan but the offences are not linked to her workplace.

The court heard Julie Morris, of Hindley, would also take pictures of other children, which were not indecent, and would send them to her partner to ‘feed his predilection to sexually abusing young children’.

Their ‘sordid secrey’ was uncovered when police found a conversation about child abuse on David Morris’ phone.

The 52-year-old, of St Helens, was arrested but cautioned and released. A number of devices were seized, which showed the recordings of rape and sexual abuse, the court heard.

Mr Wyn Williams said both defendants were arrested the following day as they appeared to be trying to evade police ‘while on their way to the Lake District in a camper van with £10,000 in their possession’.

As well as videos and images on David Morris’s phone, officers trawled through 175,000 pages of messages between the couple, revealing sexually explicit communications.

One victim was described as ‘our little plaything’ and had a graphic group chat discussion with a target.

Paul Becker, defending Julie Morris, said she had ‘lost everything in life’, including her reputation, career and home.

He said that when she met David Morris she was at a ‘low ebb’ after she discovered her husband of 15 years had been unfaithful.

Julie Morris admitted the offences but claimed the victim had wanted to take part during a police interview.

Judge Menary said: ‘That last statement is breath-taking in its inappropriateness.’

Charles Lander, defending David Morris, said he had shown genuine remorse and was ‘under no illusions’ that he would be going to prison for a long time.

Mairead Neeson, senior prosecutor at the CPS, said the case was one of the worst she had seen in her career, adding: ‘The descriptions of what they did are so horrific that when I finished reading them.

‘I burst into tears. It’s a young child whose innocence has been stolen.’

‘Wastes millions of pounds!’ Charles slammed for failing to follow his OWN advice