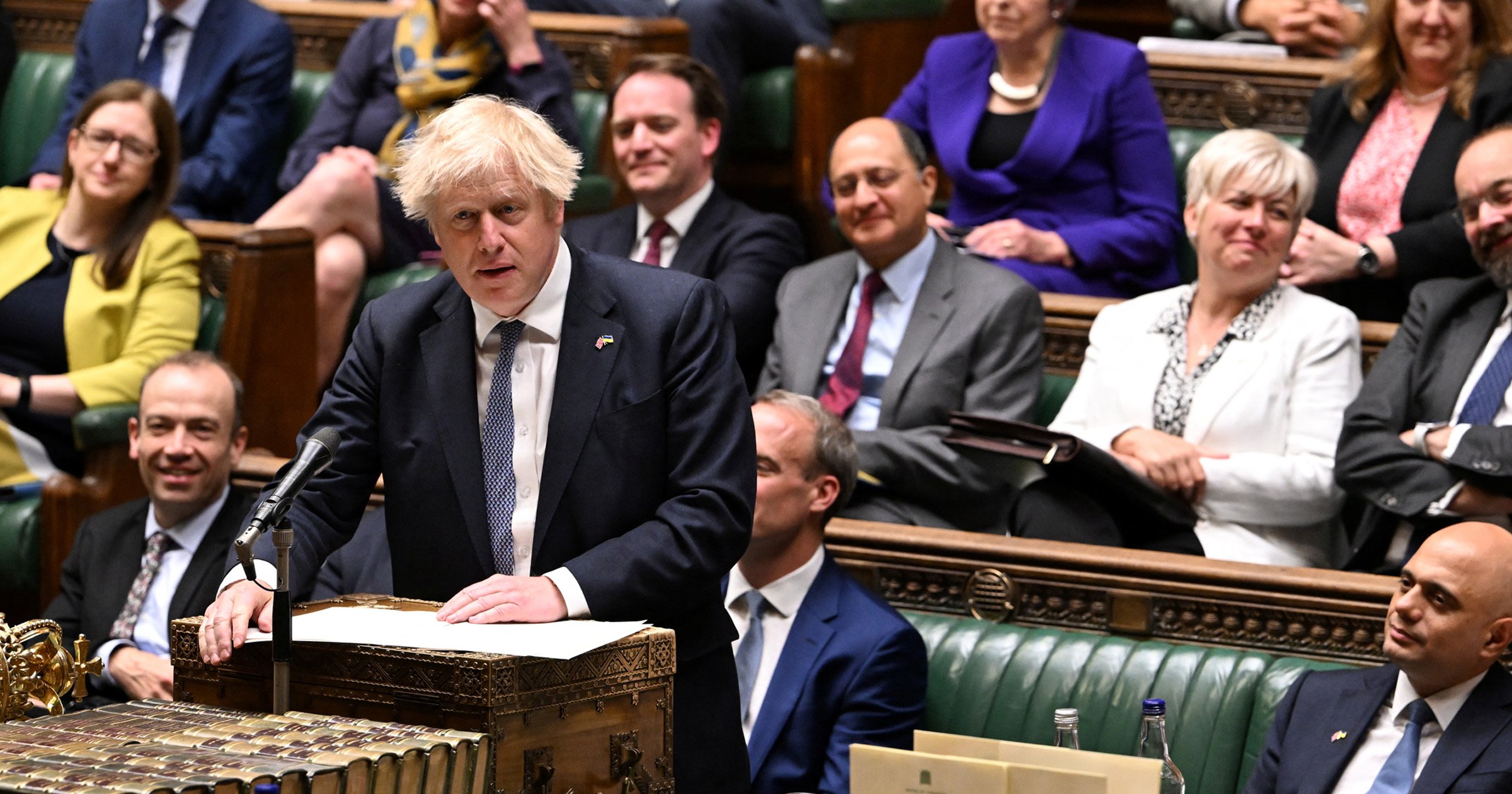 Boris Johnson will address Tory MPs this afternoon in a last ditch bid to hold on as prime minister.

The PM will appeal to his own party for support hours before a secret ballot begins to decide on his future.

He will appear at a meeting of the Conservative 1922 Committee at 4pm and make his case to rebellious backbenchers.

Mr Johnson has also written to every Tory MP, calling the vote a chance to ‘put an end to the media’s favourite obsession’.

It was confirmed this morning that enough of his own MPs had called for a change in leadership to trigger a formal vote after weeks of growing unrest on the Tory benches.

A long time ally of the PM, ex-minister Jesse Norman, turned on Mr Johnson today and called his claims to have been ‘vindicated’ over the partygate affair ‘grotesque’.

Former foreign secretary Jeremy Hunt, who lost out on the Tory leadership to Mr Johnson in 2019, confirmed he would vote to oust the PM.

He wrote: ‘Anyone who believes our country is stronger, fairer and more prosperous when led by Conservatives should reflect that the consequence of not changing will be to hand the country to others who do not share those values.

‘Today’s decision is change or lose. I will be voting for change.’

Sir Graham Brady, who chairs the 1922 Committee and is responsible for running the vote, confirmed he informed the PM the threshold had been met on Sunday night.

He said: ‘[Mr Johnson] shared my view, which is also in line with the rules that we have in place, that that vote should happen as soon as it could reasonably take place, and that would be today.’

A No 10 spokeswoman said: ‘Tonight is a chance to end months of speculation and allow the Government to draw a line and move on, delivering on the people’s priorities.

‘The PM welcomes the opportunity to make his case to MPs and will remind them that when they’re united and focused on the issues that matter to voters, there is no more formidable political force.’

Violinist plays during brain op as surgeons test her dexterity