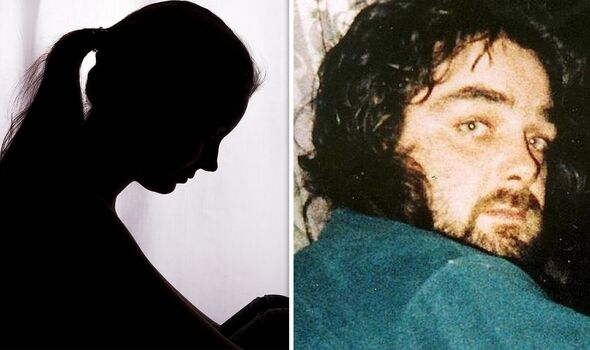 The daughter of a victim of the notorious “Coronation Street” serial rapist has demanded he is kept behind bars – as her mother still has nightmares three decades on.

Andrew Barlow, 66, is due for release from jail this month despite being given 13 life sentences following convictions for 11 rapes, three attempted rapes, indecent assault, and using a firearm to resist arrest.

I think it is disgusting that he is coming out. I think the Parole Board is very naïve to think he can be managed outside.

Daughter of one of Andrew Barlow’s victims

The daughter claims she only found out about his release after reading about it in the press.

She is now leading a petition to keep the monster behind bars because her mum has panic alarms around her house and is still traumatised by her ordeal. Barlow broke in and attacked her in 1987.

The woman said: “I do not believe he should be released, he remains a danger.

“I think it is disgusting that he is coming out. I think the Parole Board is very naïve to think he can be managed outside.

“My mum is serving a life sentence. She is still living in the house she was moved to after the attack. She never returned to the home where she was attacked.”

Barlow, formerly Andrew Longmire, was given multiple life sentences in October 1988 after previously being branded Britain’s most wanted man.

His tariff was fixed at 20 years, reports Manchester Evening News.

In the decades that followed, Barlow was linked to more offending, as two previously unsolved cases were cracked.

Recalling her mum’s trauma which happened at her own home in Greater Manchester, the daughter said: “My mum was in her 20s at the time, a single parent. He broke into the house. His face was covered. After that my mum never felt safe. She was terrified whenever she came across a man in the street, thinking was it him.

“I always remember that when my mum saw his face in the newspapers, she would have a panic attack and she had a breakdown when it was reported he was attempting to be moved [from a Category A prison].

“It has affected her deeply. She has had suicide attempts and periods of depression for which she needed medical help. We are concerned as a family what will happen if he is released. She may have another breakdown.

“I do not believe a person like him can change. What he did was not opportunistic, but pre-meditated and carefully planned. He has been good in prison and got himself educated. So what?”

In her online change.org petition, set up using a pseudonym to protect her mother’s identity, the woman wrote: “As the daughter of one of the victims, the rape took place years before I was even born.

“However the trauma my mum experienced has continued to impact on all our lives. My mum still has nightmares over 30 years later, has had multiple mental breakdowns, panic alarms in the house and suicide attempts. As Barlow broke into her home she has never felt any security, Is unable to feel safe in her own home.

“The fact that she was not informed of the release and found out through a Google news alert, shows how much respect the justice system has for victims.

“This isn’t a man who has been committed of one rape. He stalked, targeted and broke into these women’s homes. Nothing has changed he did not admit to further crimes until DNA evidence was found. A few qualifications and keeping him away from women for a few years doesn’t make him any less of a danger.”

Between 1981 and 1988, Barlow went on two separate campaigns of terror, raping women in five different counties. The first was between 1981 and 1984 and the second between August 1987 and his arrest in January 1988, when he opened fire with a shotgun as two police officers detained him.

He was dubbed “The Coronation Street rapist” as most of the victims were attacked in their own terraced homes, in the north of England – the majority living in Greater Manchester. Two of the attacks took place in the street.

He would spend days carrying out reconnaissance on his victims’ homes to work out domestic routines, so he knew at what time husbands and partners would leave for work so he could attack women alone. He preyed upon teenagers and young mothers.

The final two convictions were for offences committed in 1981 and 1982. In the first, a woman was raped in front of her three-year-old child. In the second, a 15-year-old girl was raped at knifepoint.

They were solved thanks to advances in DNA technology and Barlow admitted them both, but said he could not remember either attack. Barlow, who lived in Bolton and Oldham, was a Category A prisoner until this was downgraded to B in 2010.

The decision to release him was made on November 30 – the eighth time his case had been reviewed by the Parole Board since the expiry of his initial 20-year tariff.

Veteran MP, Graham Stringer, who represents Blackley and Broughton, described his imminent release as a “perversion of justice”.

“Following that move, he had successfully undertaken periods of temporary release where he was escorted by a prison officer. The panel heard how well he was progressing in open conditions. In June 2022, Mr Barlow was moved back to closed conditions. After hearing from witnesses and Mr Barlow, the panel concluded that the evidence did not support the reasons for the transfer back to closed prison.

“The panel examined the release plan provided by Mr Barlow’s probation officer and weighed its proposals against assessed risks. The plan included a requirement to reside in designated accommodation as well as strict limitations on Mr Barlow’s contacts, movements and activities. The panel concluded this plan was robust enough to manage Mr Barlow in the community at this stage.”

Commenting on the 1987 victim finding out about Barlow’s planned release, a spokesman for the Parole Board said: “I’m sorry to hear that the victim found out that way.

King Charles told Queen was dying over the phone

Prince Charles latest: What future King did for first appearance since coronavirus