Diana’s two sons, Harry and William, are thought to have been drifting apart for several years. Their row is said to have reached new heights after the Duke and Duchess of Sussex’s dramatic exit from the Royal Family last year, and their subsequent accusations against the Firm. Both have criticised the Palace’s alleged handling of matters relating to race and mental health, while also putting their relationships with individual senior royals in the spotlight.

Speaking during their bombshell Oprah Winfrey interview, Harry and Meghan Markle claimed William — and his relatives — were all “trapped” in the system of the monarchy.

Harry also seemed to confirm their fallout when he said “we’re on different paths”, and that their relationship was “space at the moment”.

However, he also noted: “I love William to bits. He’s my brother. We’ve been through hell together. I mean, we have a shared experience.”

The brothers were seen interacting in public for the first time in years on Thursday, when they unveiled the memorial statue of Diana at Kensington Palace.

Their friendly attitude towards each other at the emotional ceremony surprised many royal watchers, and sparked claims that the brothers had finally managed to put their fallout behind them. 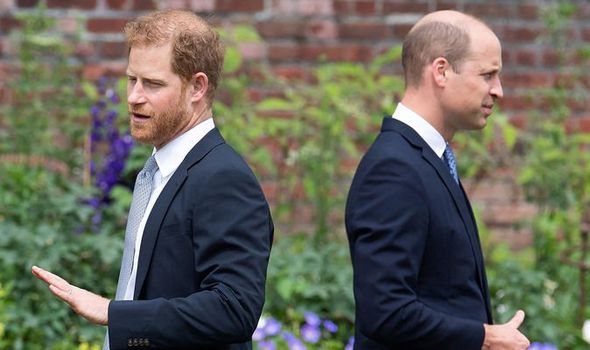 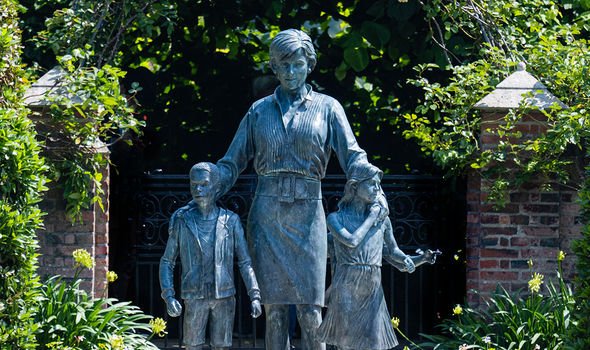 After the statue unveiling, he said: “I feel that the vibration of [the event] has detonated the essence of peace.

“By the behaviours that were just so easy, so formal — or informal, rather — so humorous between the two of them, I felt that that behaviour would actually completely change the way that the vilification has taken place, which is really based on the fear or [ideas of] so many people with so many opinions thinking that they’ve actually been talking to individuals within the royal court.”

He challenged these claims coming from sources close to the Princes, and said the brothers’ fallout is likely to have been exaggerated.

Mr Pearce said their behaviour at the statue ceremony “dispels any of the brouhaha over the fact that there’s a rift”.

He added: “I didn’t believe that there was a rift.” 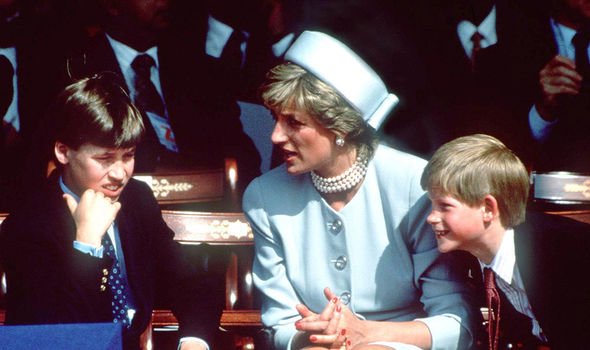 Speaking to Us Weekly, he said: “There was a slight disagreement, but I mean, who doesn’t disagree with his brother?

“But it’s been blown out of complete proportion, it’s been overly dramatised.

“They were both so relaxed.”

Other royal commentators also suspected the brothers had reconciled after they defied reports that they were going to do separate speeches at the statue unveiling. 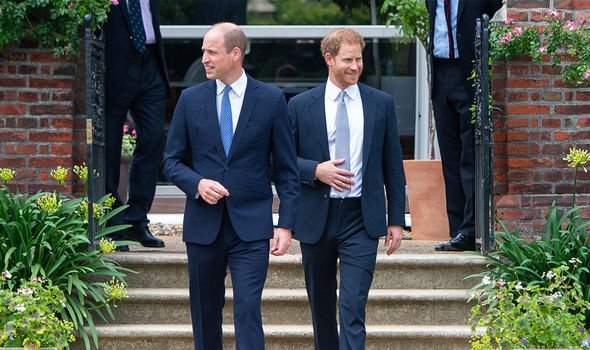 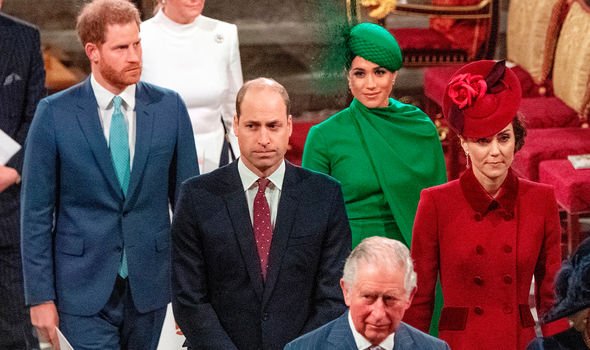 Instead, they released a joint statement which read: “Today, on what would have been our mother’s 60th birthday, we remember her love, strength and character — qualities that made her a force for good around the world, changing countless lives for the better.

“Every day, we wish she were still with us and our hope is that this statue will be seen forever as a symbol of her life and her legacy.”

Aside from the joint statement, many believed they had buried the hatchet after only a limited number of journalists were allowed to attend the ceremony.

As Harry is known to be particularly opposed to the press, this was perceived as an olive branch from his older brother to mark the special occasion.

Despite their rift, which is thought to have stretched back to 2017 when William thought Harry was moving too fast in his relationship with Meghan, the brothers have worked together continuously on the statue. 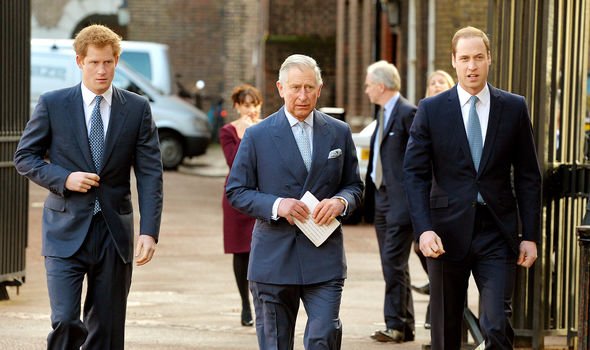 The statue’s sculptor, Ian Rank-Broadley also claimed that the royals helped him with photographs and anecdotes about their mother, and regularly stopped by his studio, describing the statue as a “collaborative” effort.

Yet, Harry is believed to have jetted back to his family in the States the day after revealing the tribute to Diana.

This means he would not have had a chance to see either the Queen or his father, Prince Charles, whom he has been particularly critical of in recent months.

The brothers were also expected to put on a united front so that the focus of the statue unveiling was on their late mother, rather than their own relationship.

Judge warns minister to keep out of injury payout review