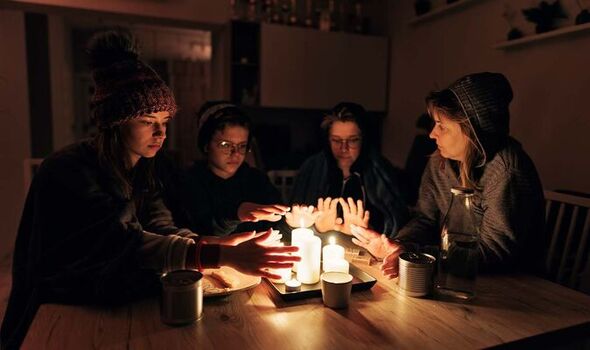 All across the country, community groups and charities are looking to set up spaces where people can go so they are not cold at home as energy prices continue to soar. For example, Jayne Kirkham, Cornwall councillor for Falmouth, said it is something that is being discussed by the voluntary sector all over Cornwall now summer is over and the colder months are around the corner.

Speaking to Cornwall Live, Cllr Kirkham said: “We still don’t know if Liz Truss will freeze energy bills for people. Setting up these warmth banks is about preparing for the worst-case scenario. It’s something that should not happen in 2022.”

While there is nothing new in people using coffee shops, churches or libraries to stay warm when they can’t afford to do so at home, Cllr Kirkham said the idea of ‘warmth banks’ will involve keeping more community buildings like the Dracaena Centre in Falmouth or the Age Concern building in the town open for that purpose for longer. She said it is about letting people know that should they need to come in to stay warm this winter, it is okay to do so and help will be at hand.

She said there are talks of extending opening hours for places like community centres and libraries to help the worst-off even though it will not be easy for charities and community groups to do so either as soaring energy prices will also hit them hard.

Cllr Kirkham added: “We know that some people do that anyway but it’s about making sure residents know the option is here and these buildings will be open and warm. This is a terrible situation we’re in that in 2022 Britain we have to have food banks and warmth banks and that we have to plan for this as a community. We’ve had a few months when nothing has been going on really and no decision has been taken by the Government so we had to plan for October and November.”

Cost of living: Energy boss on ‘mechanism’ to help consumers

Cllr Kirkham added: “I feel so angry with this Tory government but we have to channel this anger in constructive ways and work to get them out of office at the next general election.”

The Labour group leader said she has also put a motion to Falmouth Town Council asking that the local authority better coordinates food bank provision between Falmouth and Penryn and calling on the council to commit to food justice, appoints a food justice champion who will lead on tackling food poverty locally and help set up a food partnership to bring together partners to develop a food action plan.

Cornwall councillor for Threemilestone near Truro, Dulcie Tudor added: “I’m looking into warmth bank and food banks in Threemilestone. Actually I can’t believe I’m having to do this in 2022. It’s beyond scandalous.”

Marie-Claire Hamon fears setting warmth banks is exactly what the Government wants as it absolves them of doing anything themselves. Commenting on Cllr Kirkham’s post on her Facebook page, said: “Although it’s a great thing generally to help desperate people, am wondering if this isn’t exactly what this government is hoping for.

“If people are fed and kept warm at the expense of charities, it absolves the government of the duty of honouring it’s social contract while avoiding rebellion on the streets. Meanwhile people dependent on charities feel disempowered and lose their sense of human dignity.”