Home » Europe » ‘Did not sit well with me!’ Young Meghan’s anger after ‘women washing dishes’ advert 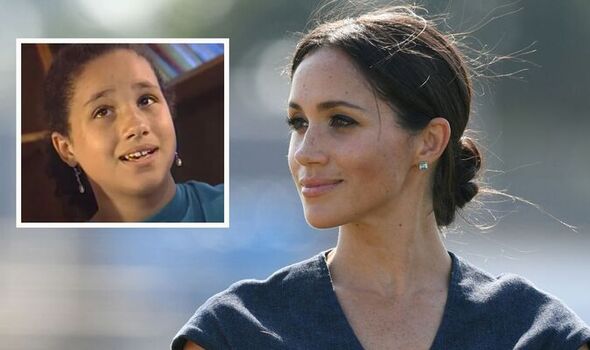 The Duchess of Sussex debuted her new podcast “Archetypes” today. During the first episode she recounted her anger at a 1990s advertisement which said “women are fighting greasy pans”. Meghan claimed that two boys in her class, after viewing the commercial, said that women “belonged in the kitchen”.

Meghan said: “I was furious, women? Did I really just hear that guy say that women, as in only women – women are the only ones who wash dishes and then I heard them, these two boys in my class breathing life into my biggest fear.

“They said ‘Yeah, that’s where women belong – in the kitchen’. Oh man this did not sit well with 11-year-old me.”

The Duchess of Sussex then recounts how she went on a “letter writing campaign”, sending letters to First Lady, at the time, Hillary Clinton, attorney Gloria Allred and Nick News W/5 host Linda Ellerbee.

She also wrote to the head of the soap company to ask to have the word women in the add changed to people.

Meghan added: “Would you believe it, three months later a new version of the ad appeared on TVs all around the country.

“They change the language in the ad from ‘women’ to ‘people’.”

The Duchess said this was a “moment of triumph” and an “awakening” to the- “millions” of ways that society tells women “who and what they can be”.

She added: “In the last few years, my desire to do something about it has grown.”

Meghan Markle said she wishes to follow in the footsteps of her younger self but that she has found a medium that may be a “tiny bit more effective”, presumably referring to the new podcast.