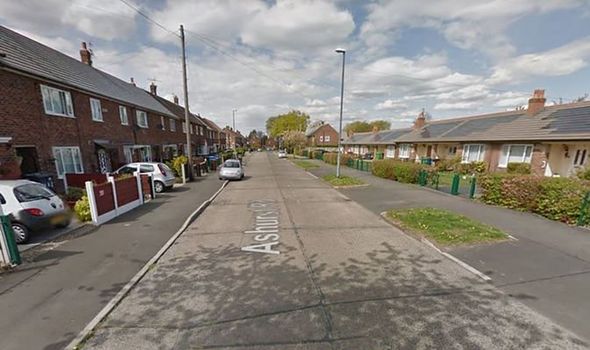 Oliver Wolstenholme, 36, plied three girls with drugs and alcohol in a quiet car park and then raped them one-by-one in the vehicle. A court heard Wolstenholme threatened to leave the youngsters in the middle of nowhere if they did not do what he asked.

The 12-day trial at Bolton Crown Court heard Wolstenholme met four victims at a Tesco nearly five miles from his home where he lied to them about his age, reports Manchester Evening News.  He offered one of the girls a cigarette and told her that he was a drug dealer.  Wolstenholme was eventually introduced to some of the girl’s friends, all of whom were aged between 14 and 15-years-old.

When Wolstenholme drove three girls, aged 14 and 15, to the car park on October 26, 2019, one girl tried to kick him off her but he was too strong and raped her on the back seat.

Another was so drunk she could not speak or move, but was in tears as Wolstenholme raped her on the front passenger seat.

After Wolstenholme raped the third girl over the boot of the car, he told the other girls that she was a “sket”, a slang term for a sexually promiscuous woman.

The defendant, from Wythenshawe, Greater Manchester, had sex with one of the victims on between five and 15 other occasions and the court heard that it was “borderline as to whether she consented”.

In her evidence, the girl said: “I never said no because I didn’t know what he’d do.”

On other occasions, Wolstenholme would pick the girls up in his car individually and rape them.

One time, he drove a victim to an industrial estate and threatened to hurt her or one of the other girls if she did not perform a sexual act on him.

He then raped her orally, ignoring her when she said she was going to be sick, before raping her again on the back seat.

Another time, Wolstenholme picked one of the girls up, along with her 16-year-old male friend.

He ordered the girl to perform a sex act on the boy and, when she refused, he slapped her face.

Wolstenholme also kept a knife and a police-style baton in his car and, on more than one occasion, threatened to kill the girls or people close to them.

Once, he used the baton to threaten one of the girls into having sex with him.

The court heard that Wolstenholme also lied about having a gun to further coerce the victim.

When he was arrested on suspicion of the crimes in December 2019, police found more than 1,500 indecent images on electronic devices in Wolstenholme’s home. They featured children as young as a few weeks or months old, the court heard.

Of the images, 657 were still accessible.

A further warrant, in February 2020, resulted in police finding five games consoles, nitrous oxide, knickers, a Samurai sword, and a receipt for a smart phone – which he had not told police about.

In his car, officers also found a kitchen knife, gloves, duct tape, a face mask, bolt croppers and a fruit shoot bottle, containing a vodka-based drink he called a ‘glitterbomb’.

While on bail, Wolstenholme started to groom another 15-year-old girl on Snapchat.

In messages, he told the girl that he was ‘her man’ and repeatedly called her ‘babygal’.

Wolstenholme also sent the girl a photograph of a teenage boy to make her believe that was who she was talking to.

The girl asked to meet up at a park but when Wolstenholme arrived, she realised she had not been speaking with a 17-year-old boy.

She managed to get a friend to call her, pretending to be her mum, so she could escape.

In a victim personal statement, the mother of one of the girls described the negative impact that the incidents had on her daughter’s life.

She said that since being raped by Wolstenholme, she often ‘shuts down’ and she has since been reluctant and scared to leave the house.

It also had a negative impact on the girl’s education and she is resitting GCSEs at college that her mum believes she would have easily passed had it not been for the trauma.

The court heard that Wolstenholme had four previous convictions for five offences, including kidnap and possession of an offensive weapon in 2003.

On that occasion, he approached a woman from behind and put a knife to her neck. He then made her walk along a road, forced her into an enclosed garden and tried to make her lay on the floor.

Defending, Neil Usher told the court that there is now some “minor acknowledgement from the defendant about the seriousness of what he’s done and the danger that he poses.”

He added: “He maintains his not guilty stance, which is perhaps a disappointment but not a surprise.”

Mr Usher said that there had been a degree of “victim blaming” from Wolstenholme and said: “It is disappointing that he hasn’t yet reflected sufficiently that there is only one person to blame here, there only ever was, and that’s him.

He told the court that in mitigation, Wolstenholme has no previous convictions for sexual offences and he asked for the judge to pass an extended sentence rather than a life sentence.

You threatened, pressured and coerced four teenage girls and you ruthlessly took advantage of them by raping them on repeated occasions

Judge Tom Gilbart described the offences as “repulsive and abhorrent,” as he passed an extended prison sentence.

He added: “This was an utterly shocking case.

“The matters of which you are convicted reveal as a man with a sexual interest in children, who indulges that by deliberately seeking out vulnerable teenage victims to prey upon.

“You threatened, pressured and coerced four teenage girls and you ruthlessly took advantage of them by raping them on repeated occasions.

“You made them feel this was somehow their fault.

“You selfishly used them for your own pleasure. You didn’t care what the consequences were for them or their families. They were just objects to you. Your four victims were children.

“You are a predator and your actions can only be met with a substantial custodial term.”

Wolstenholme will be subject to a sexual harm prevention order for an indefinite amount of time and will also have to sign the sex offenders’ register until further order.

Restraining orders were also imposed, prohibiting Wolstenholme from having any contact with any of his victims.

Vaccine wars: can we force parents to take action?