Residents fearing the worst after spotting a nude corpse poking out of a bin were relieved, to say the least, to find out the ‘body’ was a sex doll.

Police were called to reports of a dead body after toes were seen sticking out of a roadside rubbish bin in Ayutthaya, Thailand, on December 4.

Footage shows an officer pulling out of a white sack a realistic-looking sex doll, with one of its twisted legs tangled in a sheer pink curtain.

Police, paramedics and residents broke out into laughter when they realised that the potential victim was only a doll.

Though, the torso is still missing. 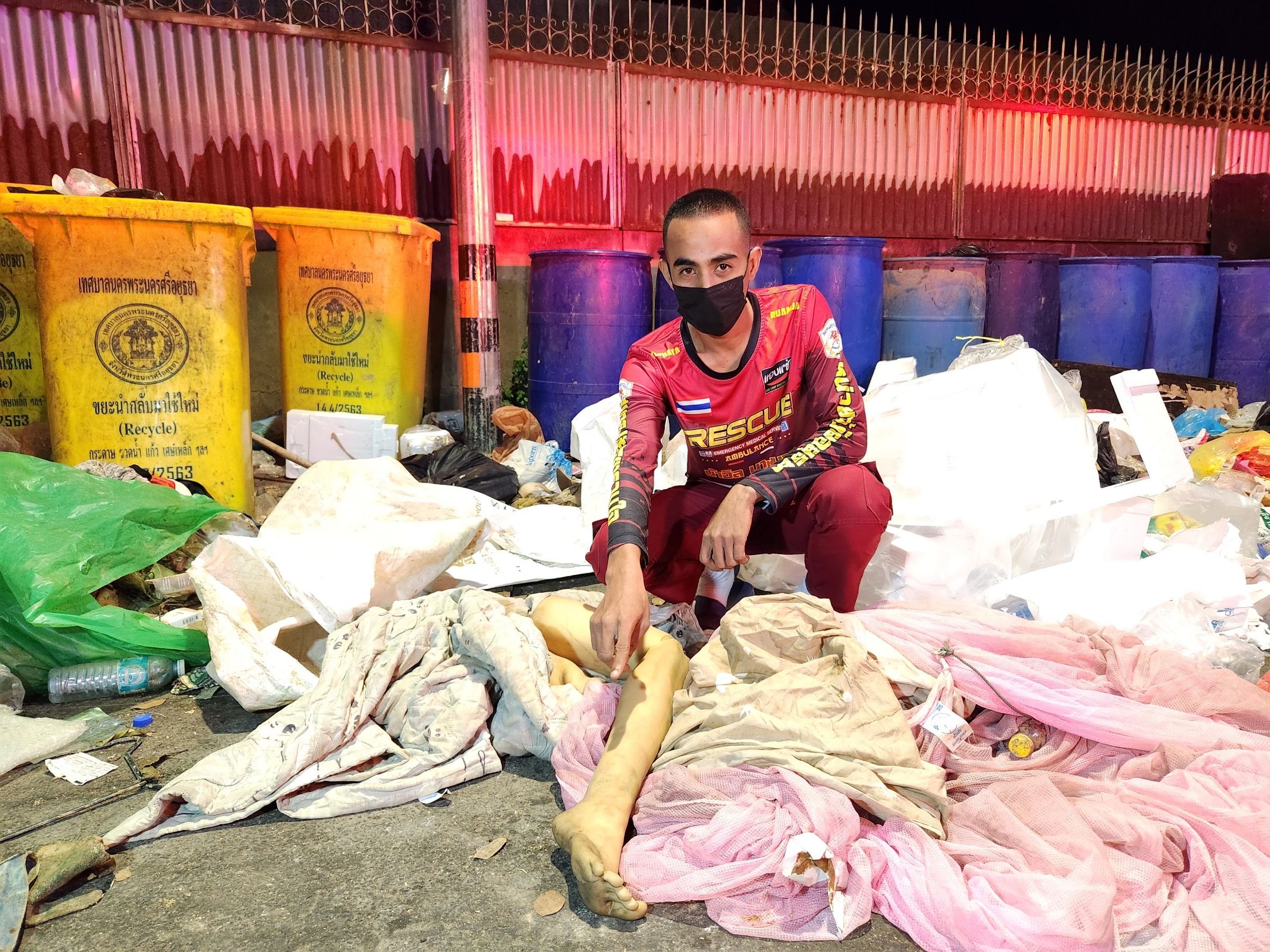 Police shrugged off the murder case as a discarded ‘adult doll’ that they believe was left only a few hours before.

Officer Chainarong Tang-on said: ‘A garbage collector said he had found legs inside a rubbish bin. Residents then called us, fearing that there was a dead woman on the street.

‘But it seemed like a rubber doll had been disassembled and discarded. We were ready for a whole night of work only to find out it was a false alarm.’

Chainarong added: ‘We were relieved that the woman was only a doll. We informed the local officials and residents immediately to avoid panic.

‘There were no other parts of the body in the rubbish, so it’s possible the head and chest may appear soon in the rubbish. Or maybe the owner is keeping those.

‘People need to be careful when they throw out anything that looks like a body.’

It’s not the first time a sex doll has been mistaken for a dead body.

In August, panic spread in the Thai province of Chon Buri when a naked body was seen washed up on Bang Saen beach.

Tourists phoned the police who, again, sped to the scene to find the headless body that turned out to be the Japanese sex doll ‘AV Idol’.