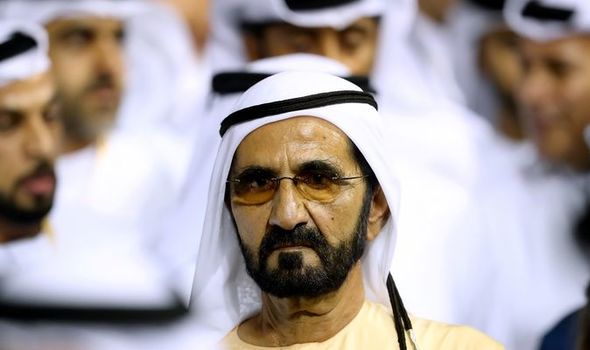 Princess Haya bint al-Hussein is demanding a share of Sheikh Mohammed bin Rashid al-Maktoum’s £10billion fortune. The payout will be decided by the High Court. But experts predict it will top the record £450million originally awarded in 2017 to Tatiana Akhmedova, ex-wife of Russian billionaire Farkhad Akhmedov. Oxford-educated Princess Haya, 42, is the daughter of the late King Hussein of Jordan and Queen Alla.

She became the youngest wife of Sheikh Mohammed, 72, when they married in 2004 at the al-Baraka Palace in Jordan capital Amman.

But he divorced her under Sharia Law on February 7, 2019 – the 20th anniversary of her father’s death.

She fled to the UK, claiming she was “terrified” of her husband, who is also vice president and prime minister of the United Arab Emirates.

The Princess, who now lives in West London, is being represented by Baroness Shackleton of Belgravia, described as one of the “most feared divorce lawyers in Britain”.

Her previous clients include Prince Charles and Sir Paul McCartney.

Last month, a senior judge ruled Sheikh Mohammed was implicated in hacking the mobile phones of the Princess and her lawyers, including Baroness Shackleton. The Sheikh rejected the judge’s findings.

The Princess and her husband were once close to the Queen due to their shared love of horses.

One of his UK businesses is Darley Stud, near Newmarket, Suffolk – said to be the world’s biggest horse-breeding operation.