In the episode, we learned that the couple – Lynn and Steve Smedley – had fostered more than 100 children over 15 years, from premature babies with cerebral palsy through to teenage mothers. They had planned to retire together in their bungalow in Carbis Bay, Cornwall, but were forced to delay plans after their daughter passed in 2017.

According to the Mirror, Lynn was at work when she received a call from Steve to say he was coming back to see her. It was there that he heartbreakingly revealed that their daughter, Carrie Smedley, had died in her sleep at the age of just 32 years old.

Single mum Carrie, who was mother to three boys, Ruben, 17, Jaden, 11, and Uche, 10, was found by her youngest son, who was too young to understand what had happened.

“It was actually Uche that had found her, he was six. He and Jaden just thought they couldn’t wake mummy up,” explained grandmother Lynn in the episode.

While the younger boys could not comprehend what had happened, eldest brother Ruben realised their mum had died and protected his little siblings by taking them to a family relative.

“They got their big brother Ruben, he came upstairs and realised what had happened. For those two little boys to have had to found their mum like that,” says Lynn. “Ruben, who was 13 at the time, went straight to my mum’s who lives not even five minutes away. They’re never going to forget not being able to wake her up and Reuben will never forget not being able to save her. I knew I had to do something for these boys. They’re my priority now.” 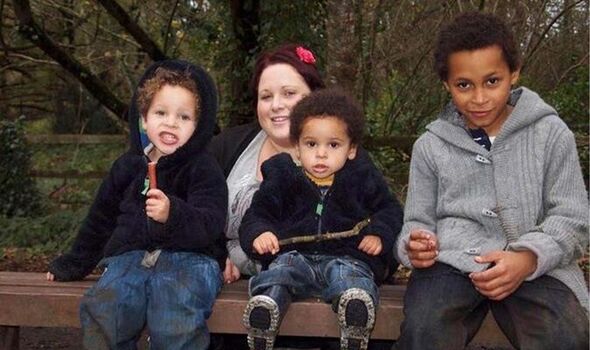 Traumatised Lynn went straight to Carrie’s house, then went to get her grandsons, and there was no chance that they would live anywhere else but with their grandparents.

With the family dealing with the unimaginable, they were dealt another cruel twist of fate just two days after Carrie died as Steve became redundant.

Lynn and Steve took care of the boys and they became a tight family unit, but they were forced to live on top of each other in a small two-bedroom bungalow. This created “extra stresses” for the grieving family and the boys were squeezed into a single room. They even slept in a triple bunk bed – meaning they had no place for themselves to enjoy alone time or grieve for their mother in peace.

There was only one bathroom and Lynn was forced to do the washing and ironing in the wooden shed due to lack of space.

While Stephen cared for the boys, Lynn worked 23 hours a week as a healthcare assistant to pay the bills but the family were struggling. 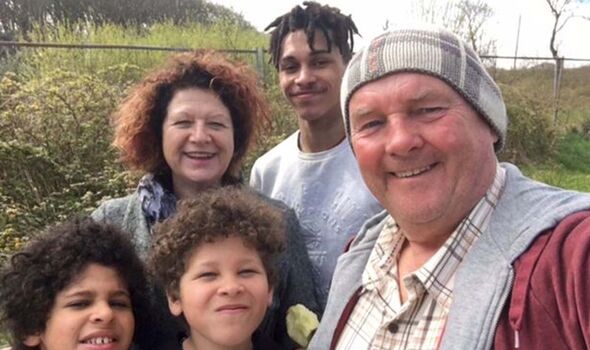 Ruben even kindly offered to find somewhere else to live so that his grandparents would not have the burden, but there was no doubt in their minds over whether he would stay.

“There’s no way in a million years we’d let them go anywhere else,” says Steve.

Ruben admitted he regretted not spending a lot of time with his mother when he became a teenager.

“When I turned 13 I never got out of my bedroom. I regret that, I never got to spend time with my mum,” he tells presenter Nick Knowles during an emotional chat. “I’ll never forget her because she’s my mum but I try to think of the good times. I never really think it’s just about me or my brothers. It’s about everyone. It’s about my Nan and Grandad and just the family.”

Ruben’s younger brothers say they love him because he sticks up for them and is always there for support.

Lynn even offered up her own bedroom for Ruben in the evenings so he could have some time away from his little brothers. 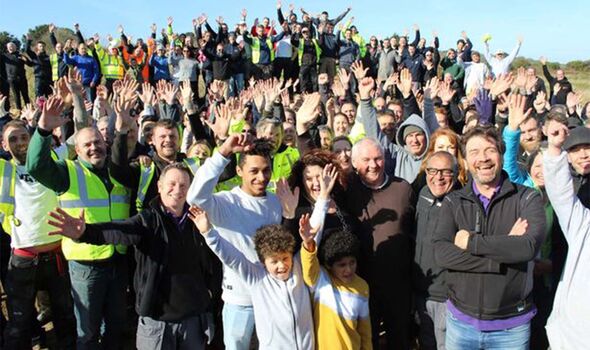 The DIY SOS team were on hand to help this very deserving family back in 2019 – and there were a mixture of emotions when Lynn got the call to reveal they would be on the show. According to her, she was thrilled that it would make all their lives much easier, but it also felt like confirmation that Carrie was not coming back.

“When I got the call, it was amazing, I was so pleased. I thought, how much easier is life going to be,” she tells Nick. “And then I thought, do I want it? Do I want this, because I want Carrie. It’s confirmation she’s not coming back. It was like a rock hit me.”

Nick and the team came to transform their home with the help of a “Cornish army” of kind volunteers from the area who donated their time, expertise and building materials. The house was then completely gutted and an extension was built so the boys could have their own bedrooms, while their grandparents got a private bathroom.

The family couldn’t even eat meals together before, but they were given a new spacious kitchen and dining area with banquette seating.

One of the boys is given a double bed in his Cornish-themed room, which also features a desk and a surfboard on the wall.

While the garden has been transformed into a massive social space with a patio, wooden dining furniture and a BBQ.

The DIY SOS team also created special places in the house in tribute to Carrie. A memorial garden was made so the boys could find a quiet space to go and remember happy memories of their mum. Also, the house is full of little reminders, including a willow tree and photographs and artworks. For example, there are also 103 ornamental butterflies to represent each of Lynne and Steve’s foster children, as well as an extra special one for Carrie.

Lynn felt like she was in a fairy tale when Nick led her to the transformed house and was overwhelmed by the sea of volunteers who had helped.

Speaking to the volunteers after the reveal, Lynn says: “When we realised we had lost Carrie, we were devastated. Nothing can prepare you for losing a child. But our first instinct was to protect the boys. There was no hesitation the boys would come and live with us, then reality struck.

“It has been extremely hard at times, no privacy or space, no time to grieve. But the boys come first. We can now move forward and build our lives.”

Coronavirus cases by postcode: Covid deaths mapped – how to check data near you