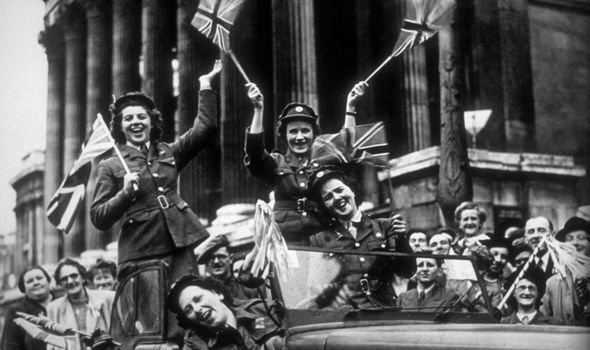 Retired Colonel Alison Brown, the Vice President of WRAC, declared that the veteran’s “legacy should be commemorated and not forgotten”. The charity decided to launch the campaign after Britain’s oldest female WW2 veteran died, Anne Robson, died around a month ago. She served as a physical training instructor in the Army and was 108 when she passed away in Scotland. Heroine codebreaker Betty Webb backed the campaign and said of the thousands of other women who joined the Auxiliary Territorial Service: “I am very proud of everything we achieved.”

Mrs Webb volunteered for the Auxiliary Territorial Service – the women’s branch of the Army at the time – and was sent to Bletchley Park after basic training.

She was selected to join the Intelligence Corps after officers realised the teenager spoke German.

Aged 14, on a 3 month-long exchange trip to Herrnhut, near Dresden, she was asked to perform the Heil Hitler salute in her classroom and rejected it, flopping her hand down in defiance.

All she could see were groups of five letters or numbers so there was no way of knowing what the messages said.

She didn’t know at the time, but she was actually cataloguing correspondence between the SS and the Gestapo revealing the beginnings of the Holocaust during her years at Bletchley Park. 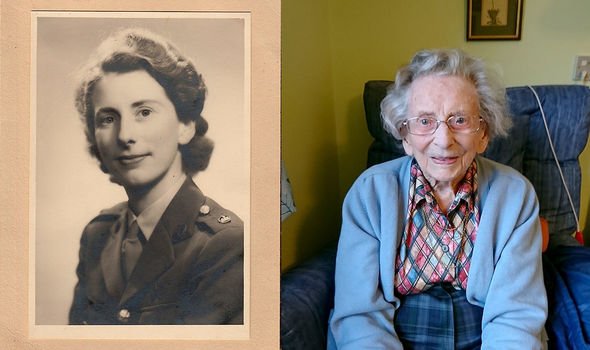 Mrs Webb then joined a small team working on Japanese and other coded messages, working in Block F, a concrete hut called the Burma Road.

This work led Mrs Webb to see out the war in the Pacific at The Pentagon.

Retired Colonel Alison Brown, Vice President of WRAC Association, told the Daily Express: “The purpose of the campaign to find this lady is to record her experiences for the purpose of future generations: her legacy should be commemorated and not forgotten.

“At the age of 18, she made the commitment to join the Auxiliary Territorial Service to serve her Country and thereby contributed directly to the war effort through her work at Bletchley Park.

“Betty and women like her will be remembered and recognised for their Service in the British Army. We who followed in their footsteps, and had careers in the Army, will always be grateful to her generation for their pioneering attitudes and achievements.”

Mrs Webb said of the growing number of elderly veterans: “It is quite a problem. I know of one who is turning 100 and we are hoping to organise a party. 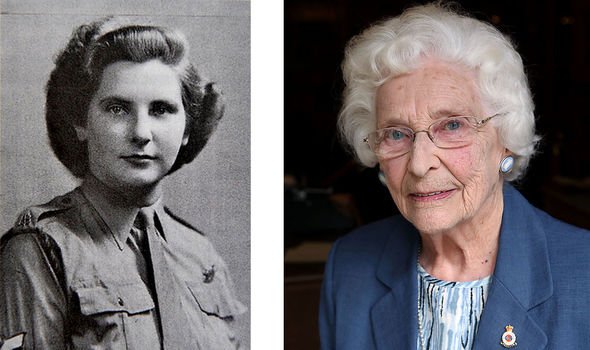 “One of my friends rang up recently to find out if I was still alive.

“We contributed so much to the war effort, in so many ways. In Bletchley, we outnumbered the men three-to-one. People don’t realise it, but it’s a fact.

“We had a very good social life. Because we had signed the Official Secrets Act, we couldn’t speak about anything we were doing when we were socialising. So everything was incredibly social.

“We were able to go to the theatre in London if the bombings had stopped.

“The work to life balance was pretty good. For the health of everyone, it was necessary for recreation.”

The vital role Mrs Webb and others at Bletchley played in the Second World War remained secret for the best part of 30 years after the conflict ended.

“Apart from being in Germany in 1937, I had very little experience in the World.

“I am very proud of everything we achieved. It is splendid we were able to do as much as we did.

“The experience of being in Bletchley for four years and in America, I grew up.”

After a stint as a grammar school secretary, she worked at the Territorial Army for 11 years and then the Women’s Royal Army Corps as a recruitment officer until her retirement in 1969.

It was in Birmingham, where she was a recruitment officer for the Women’s Royal Army Corp, that she met her husband Alfred.