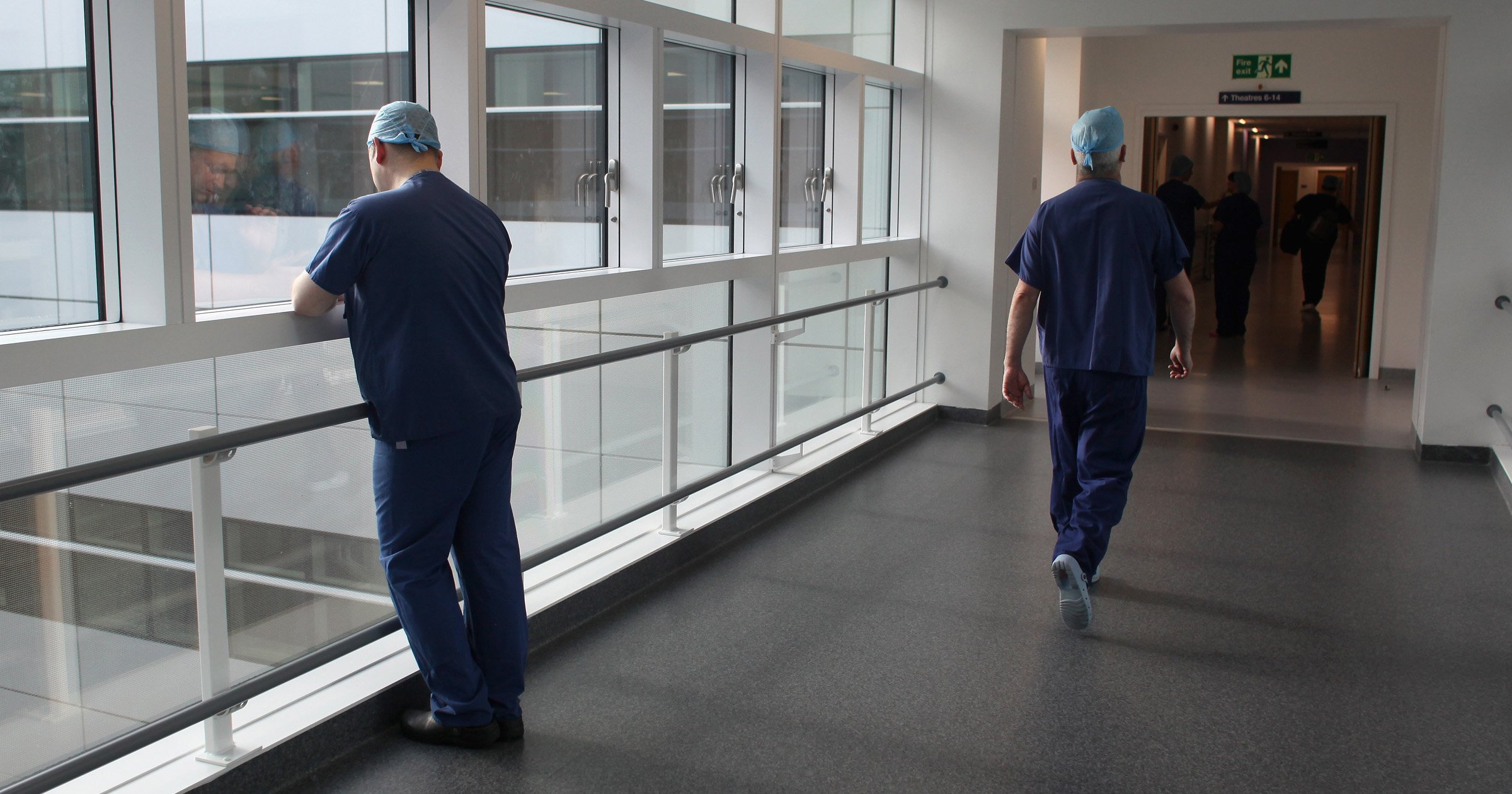 A doctor is being investigated for misconduct after she admitted bombarding a co-worker with homophobic messages.

A hearing at the Medical Practitioners Tribunal Service (MPTS) was told that Dr Lydia Krexi sent the medic a string of WhatsApp messages, Facebook messages and texts saying his colleagues ‘didn’t want a gay’ working with them.

Dr Krexi, who qualified in medicine in Greece in 2017, worked in the Aberdeen Royal Infirmary orthopaedics department alongside her colleague, who was referred to as Dr A in the tribunal.

Her behaviour is alleged to have been sexually motivated after Dr A rejected her advances.

Some of the ‘inappropriate’ messages Dr Krexi admitted sending – seven of which were deemed ‘homophobic in nature’ – in 2019 read:

Dr Krexi, who is now employed by the NHS in Thames Valley, further admitted that she made one or more anonymous telephone calls to Dr A’s mobile phone between March and June 2019.

She also viewed his electronic patient records without clinical justification between April 3 and May 30, 2019.

The tribunal will determine whether messages sent by Dr Krexi to another medic, Dr B, were inappropriate.

In June 2019 she is alleged to have sent inappropriate messages via Facebook to a married male colleague.

She reportedly told him on June 1 that his colleagues ‘talk about your pal, [Dr A]’, adding: ‘There are girls flirting with him and he prefers to be alone. His consultants think that he is gay.

‘They are upset and they say that it is unacceptable for an orthopaedic surgeon to be gay. They want to send him to Inverness.

‘They have only seen him with you and they say that he may be in love with you.’

She claimed to Dr B on June 2 that another orthopaedic colleague had checked Dr A’s phone while he was in theatre, adding: ‘He saw his texts saying that [Dr A] wants to make you get a divorce. There were very naughty texts about you.’

The case, which is ongoing, was referred to the MPTS by the General Medical Council.

The MPTS will determine whether Dr Krexi’s conduct was sexually motivated, as well as whether her fitness to practice is impaired due to misconduct.