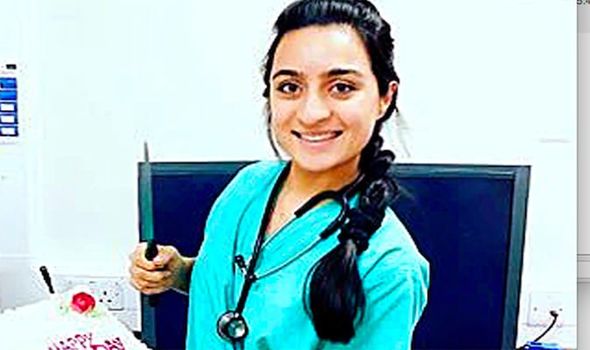 Dr Sawati, 33, of Glasgow, also let down a patient who died of respiratory failure, exaggerated her role in helping a baby and lied about her qualifications. She was found guilty at a medical tribunal in Manchester of misconduct, dishonesty and deficient professional performance.

The hearing was told she graduated in 2012 but her work was criticised in placements.

While at Manchester Royal Infirmary in 2015 she was found at lunchtime lying on a pull-down bed in an on call room with the lights off.

Dr Sawati apologised but denied she was asleep. She transferred to Fairfield Hospital in Bury where she caused further concern by falsely claiming a colleague had agreed to swap shifts with her so she could be off and claimed to have been the lead A&E doctor treating a seriously ill infant, whereas in reality she had provided a supporting role.

In March 2017 a ward sister realised Sawati, then a night senior house officer, was not in the A&E unit.

She searched for 30 minutes, then called for her four times at 10-minute intervals before finding her on her side in a changing room with her eyes closed, under a blanket. The sister added: “It was the first occasion I can recall that a doctor had gone missing in A&E.”

Dr Sawati blamed “confusion and misinterpretation” for the allegations. Paul Raudnitz QC, for the General Medical Council, said: “Her professional reliability and ability to work collaboratively are in question. There may be consequences for patient safety.”

Dr Sawati, who passed her foundation year competencies after the incidents, is appealing the ruling.

Publisher Trevor White to keep his family home after ruling