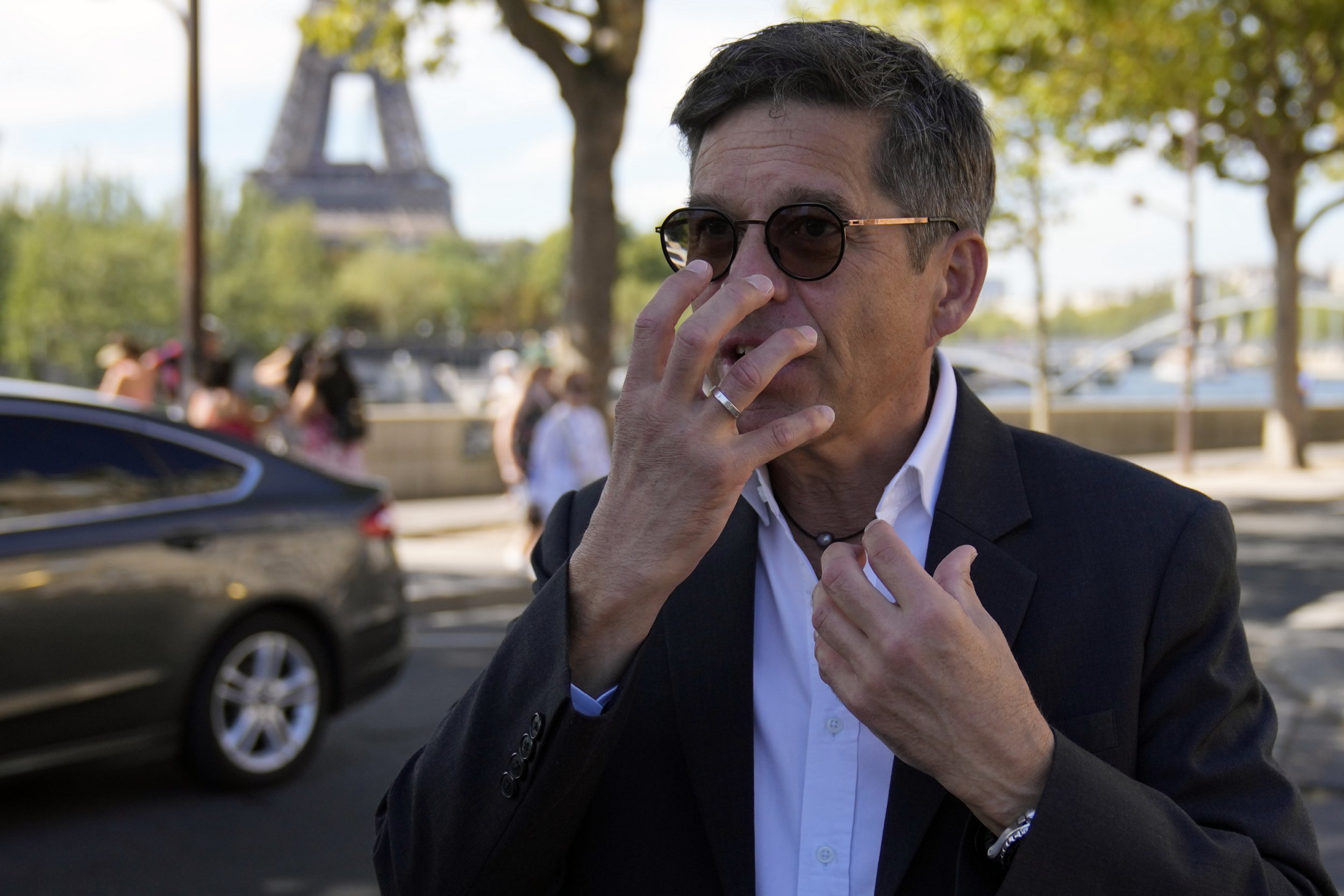 Frederic Maillez was driving home that night when he saw the black Mercedes crushed against one of the pillars of the tunnel in Paris.

The French doctor was the first medic on the scene, and it was only the following morning when he watched the news on TV that he realised who his patient actually was.

Recalling the night he remembers so well, Dr Maillez pulled up and walked over to the fuming wreckage.

‘I opened the door of the Mercedes and I found four victims, two are apparently dead, they’re not reacting, they’re not breathing,’ he said.

He couldn’t get to the two victims he believed were dead as they were pressed against the wall inside the mangled car.

‘The two victims on the right side are alive but in a serious situation,’ he added.

‘I did this very quick medical assessment and I called emergency services to give them the address of the accident, the number of victims and ask for the necessary ambulances.’

But the doctor didn’t recognise who it was he was helping.

‘I realised she was really beautiful, but my attention was so focused on what I had to do to save her life that I didn’t have the time to think who might be this beautiful woman,’ he said.

Even the presence of paparazzi by the crash site didn’t give it away, although he distinctly remembers the flashes.

‘I just thought that a lot of people were taking photos, it’s not unusual to see people take photos in Paris. In that case there were loads of flashes,’ he added.

Dr Maillez stayed at the scene until the emergency services arrived. He went to bed not knowing he had just given first aid to perhaps the most famous woman in the world.

He said: ‘That was the next morning, I woke up and my friend Marc turned on the TV and discovered the young lady I treated last night was Princess Diana and she died two or three hours later.

‘That was a huge shock for me.’

Self-doubt then set in as he questioned whether he did everything he could to save her.

‘I checked with my medical professors, and I checked with police investigators,’ he added. They all agreed he did everything he could.

Dr Maillez revealed no one from the royal family tried to get in touch with him after Diana’s death, except for her mother, Frances Shand Kydd, who sent him a ‘very moving’ three-page letter.

‘She thanked me for what I tried to do and complained a little about the paparazzi’s behaviour against her,’ he said. ‘That was really touching to receive this letter,’ he said.

Dr Maillez refrained from detailing Diana’s wounds as he said he wants to protect the privacy of the royal family.

The anniversary today has stirred up his memories of that tragic night, something he remembers ‘each time I drive through the Alma Tunnel’.