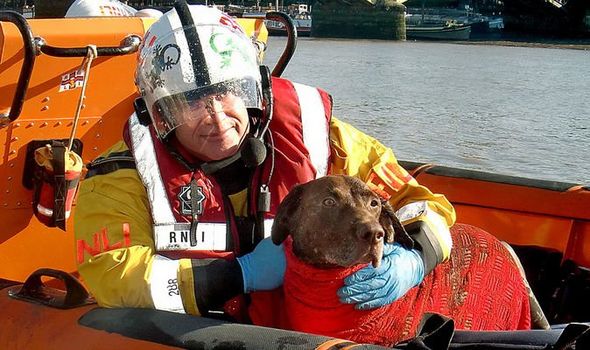 He was walking Hugo and Henry, his eight-year-old black labrador, in the park when the drama happened. “I take them to that park every day,” Mark said. “It was the same as any other day. I left the house at 6.45am and when they got there they ran out after their balls. “They came running back but Hugo stopped and started choking. “I could feel a big bulge on his fur but I couldn’t see anything in his mouth. It was stuck and he swallowed it further down.

“I started screaming for help and Henry was running up and down. He could tell something was wrong and he was panicking.”

Mark said: “Hugo’s eyes rolled back into his head and his tongue fell out. His body went completely limp in my arms. He wasn’t breathing and I knew he was dead but I had to do something. All of his muscles relaxed so I could knock the ball up enough to yank it from his mouth.

“Because I’d taken the time to research how to perform CPR on a dog I knew what to do. I was hysterical and crying and bleeding all over him because he bit my fingers by accident when he was struggling.

“It seemed like forever but it was probably two or three minutes and eventually his foot started twitching.

“His heart was beating again and he opened his eyes and licked his lips.

“I bundled him up and rushed him to the vet.”

Mark of Gorleston, Norfolk, said: “Next to my children being born it was probably the best moment of my life seeing him start to move again, because watching him die was horrific.” 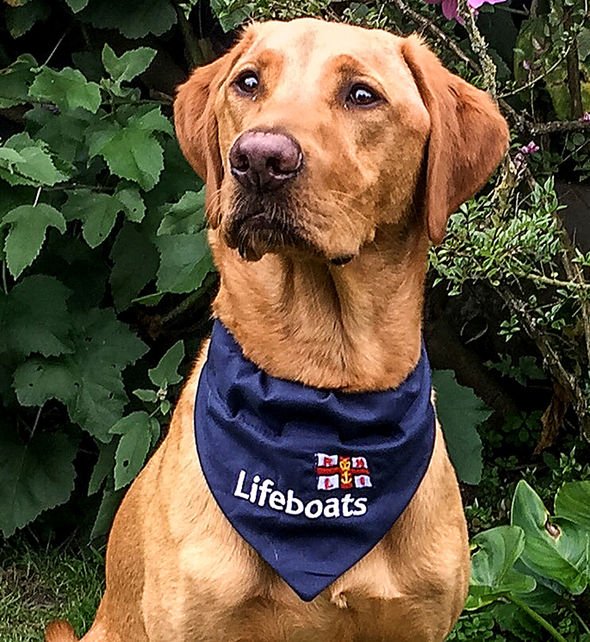 Thanks to his owner’s quick reactions Hugo has made a full recovery.

Mark first learned about giving the life-saving technique to dogs at an event through his work with the RNLI.

He said: “This isn’t about me. It’s about the fact that no one I have talked to since had any idea of how to give a dog CPR.

“For me it is a crusade. Time is of the essence. The time it takes to make a phone call or get to a vet is too long.

“People don’t need to go out their way to attend a course, just go on YouTube while having a cup of tea in the morning. Everyone who owns a dog should know how to do it. It is so simple to do once you know.”