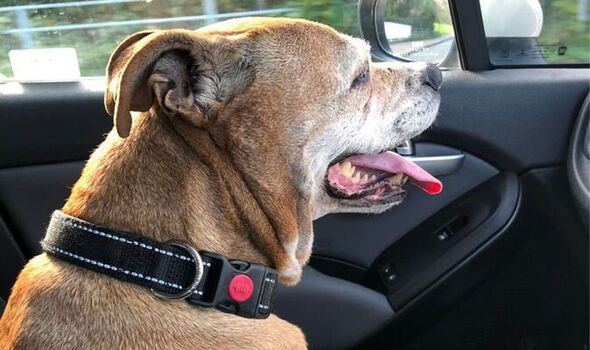 A dog that was reported missing seven years ago was discovered darting between traffic on a busy motorway 300 miles from home.

The pet was spotted by a kind-hearted passer-by who was able to capture her and take her to the local vets – but she has not yet been claimed.

The vets discovered the dog, named Ruby on her microchip, was reported missing from Cornwall in 2015. Aside from the name, no further details were on the chip.

She had been found on the M11 at Harlow, Essex, on Saturday (October 22). Now people are trying to solve the mystery and get her back home, reports CornwallLive.

Lauren Benge, who found Ruby, said she managed to get her to Kew Vets in Harlow who called the number on the microchip which rang and went to voicemail.

The number appears to have been blocked or disconnected.

The vets are hoping that someone will recognise the dog and have information that will lead to her being returned to her rightfil owners. Their original Facebook post about Ruby has received over 300 comments and 7,500 shares at the time of writing this.

DogLost UK is also involved. A volunteer said: “We have been looking into this found dog situation and have been given details from the vets which have allowed us to cross reference missing/stolen dogs. Sadly, the details on the chip are not up to date, the phone numbers and the address are no longer working. This girl was/is called Ruby. She was chipped in 2013.”

While there were no clear database matches DogLost UK says there is also a dog that was listed as missing from Southend in Essex that fits Ruby’s name and description in 2014. The dog was reported missing from Burnaby Road, Southend.

DogLost UK said: “Any help in tracking down this girl’s owners would be gratefully received.”