Here is the heartwarming moment a man finally got his rescue dog to wag his tail in happiness.

Poor Scooby was recovered during a police raid on an illegal dog fighting ring in California six years ago, and was at risk of being put down by the shelter.

Initially, it seemed unlikely anyone would want to adopt a dog with such a violent past.

After spotting the tattered and traumatised animal in a shelter in 2016, Chris, from the US state of Montana, decided to take him in.

The IT consultant has spent the past six years teaching, training and loving his shy mixed-breed rescue.

Chris, who asked for his personal details to be kept private for fear of being found by the dogfighters, said that when Scooby was first adopted, he was so traumatised he did not even know how to eat treats or wag his tail. 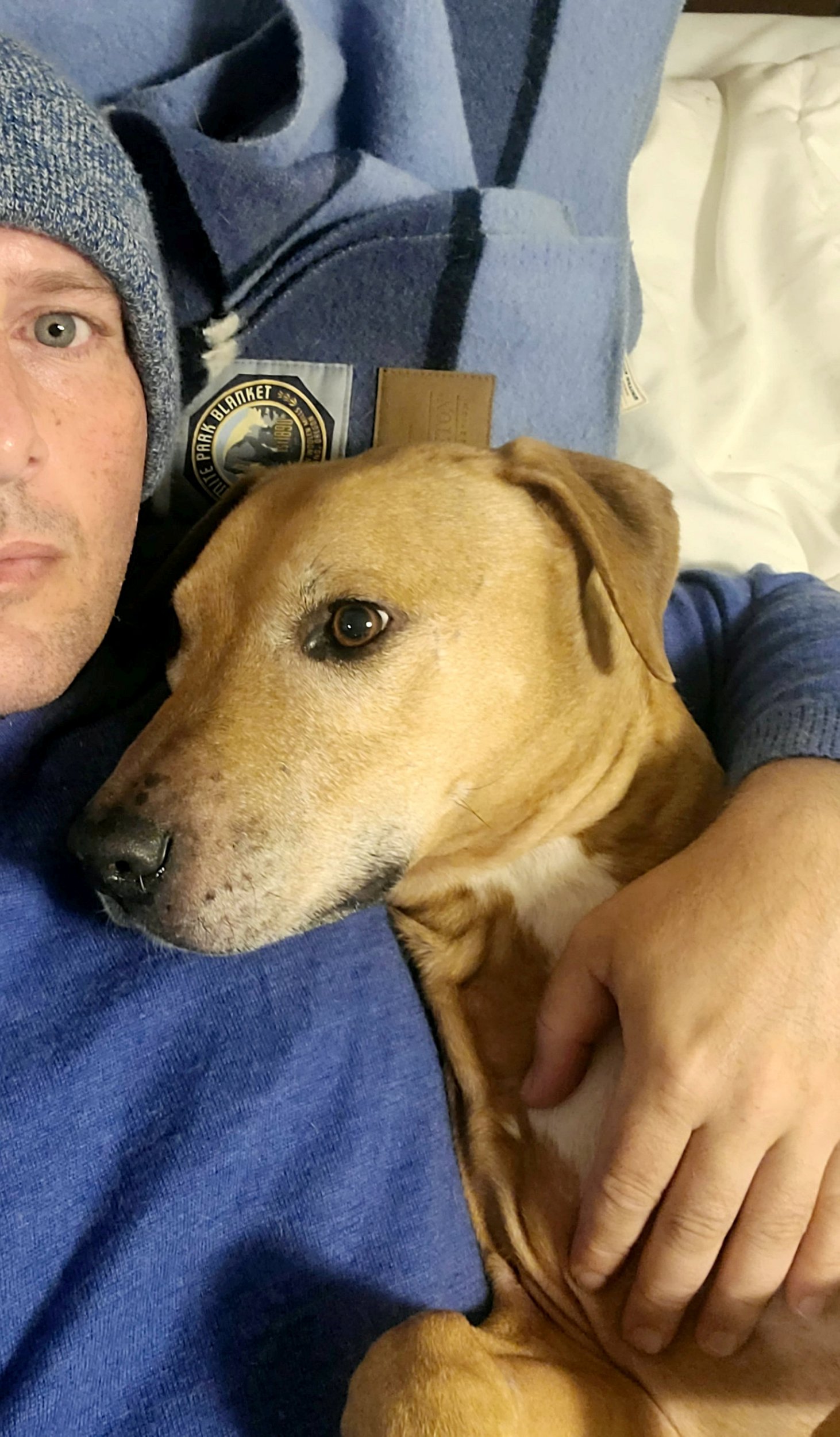 ‘There were two-to-three years of no sound. I was like “dude, we have got to change this”.

‘That’s one of my favourite things about him. His willingness to do that and change.’

Chris’ main focus has been to train Scooby to be normal, rather than well behaved.

Even his misbehaviour is celebrated as it is considered a sign of him becoming a ‘normal dog’.

Chris has been working tirelessly to heal the dog, even barking and howling at him to encourage him to find his voice.

His hard work was finally rewarded last year, when much to his delight Scooby finally plucked up the courage to yawn and squeal in delight –  as well as wag his tail – after three years of silence.

Chris came across Scooby shortly after his dad had passed away, and the dog represented much more than just an animal to him.

He said: ‘When I found him I was going through a tough time. I was like, “I need company and this dog needs help”. It was perfect.

‘Scooby was completely closed down when I found him. I don’t think he’s ever going to be normal, but he doesn’t have to be.

‘He was just emotionally broken. He just needed to be fixed a little.’

Pomp and pageantry greet Trump on visit to Britain