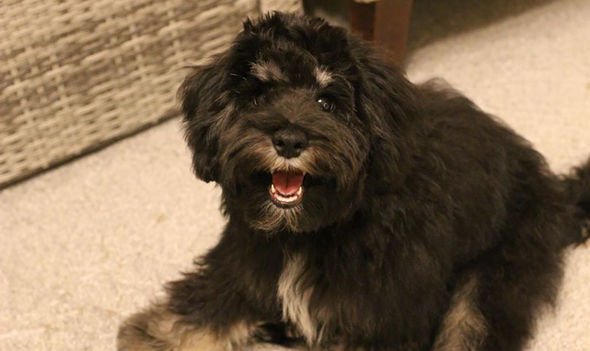 It’s feared hundreds of family pets have caught the illness after spending time on beaches along the North Yorkshire coast between Redcar and Scarborough – an approximate 35-mile stretch. Dog owners have now been urged to avoid the beaches, after fishermen shared concerns toxic chemicals were the cause of the virus.

One dog owner from Hebden Bridge, West Yorkshire – some 90 miles from the beaches – wrote online: “The dog sickness bug is spreading here like wildfire. My dog came down it on Thursday and I had only taken her to school and back.

“The vet said every other dog he has seen has this bug.

“Just be careful as they don’t know what the cause is or how it’s spreading.”

Although she said the dog had recovered, the woman told how the dog’s mother had since fallen ill with the same symptoms.

Vomiting and diarrhoea are understood to be the most common symptoms, reports Yorkshire Live.

Another dog owner from Sheffield said there was a “nasty bug doing the rounds that will knock your dog off its feet”.

They added the virus is “spreading like wildfire and is in most areas”.

And Emily Storey, from York, also warned others about the illness – which she said was “taking longer than normal to recover from” – after her six-month-old cockapoo Loki became ill last week.

She said that he was also vomiting and had diarrhoea and that he was not eating properly. She also said that when she took him to the vets she was told that it “seems to be worse than usual”.

A vet at Minster Veterinary Practice in York played down the fears the virus is a new bug.

“Any cases that have had to be hospitalised due to vomiting and diarrhoea have responded to supportive care. My main advice to any pet owners would be that if your pet is unwell then seek veterinary attention, if we have a mild stomach upset then a bland diet is little and often is a good idea.

“Please be reassured that if we felt that there was something pet owners should avoid or minimise to stop their pet becoming generally unwell then we would advise of this.”