The Duke and the Duchess of Cambridge were visiting St Andrews among well-wishers when Kate spotted a black cocker spaniel. The fortuitous encounter led to a conversation between a royal fan and the Duchess, who bend down to say “hello” to the animal.

She complimented the pet’s raincoat and went on to explain that she reminded her of her family’s late pet, Lupo, who died in November.

Footage of the visit shows the spontaneous conversation and Kate’s candid reaction to seeing the dog.

In a video, the Duchess can be heard telling fans how, earlier that day, she and Prince William saw “the cafe or bar called Lupo’s, and we had a dog, who’s no longer with us, called Lupo.”

On Tuesday, Kate and William travelled to St Andrews, the town where they first met 20 years ago as students. 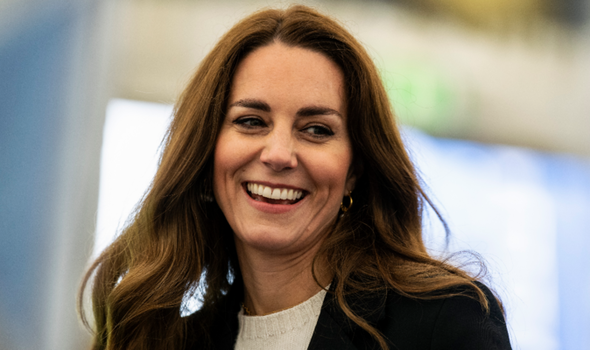 The royal couple ate at Forgan’s, a popular local restaurant, where they were “left alone”.

He said: “When word went around, a crowd gathered at the front, but as far as inside was concerned it was quiet for them. People left them alone.

“There was no pomp and circumstance or fanfare.” 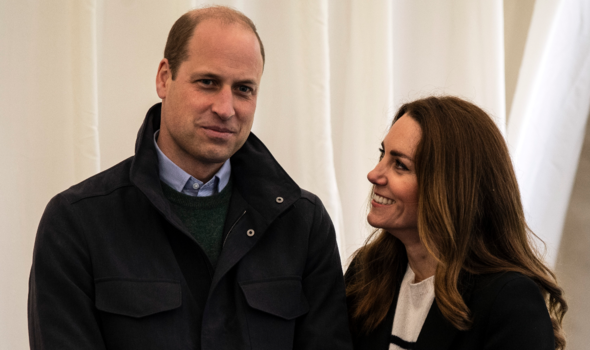 Speaking to the land yachts owners, Guy and Jamie McKenzie, William expressed his enthusiasm for the sport.

The future king said: “I want to go faster!

“I need to make sure I’ve got the right angle.”

Kate pulled closer to William at one point shouting “I’m catching you!” while laughing.

Royal history: How the Queen will make history at Balmoral with this unexpected invite