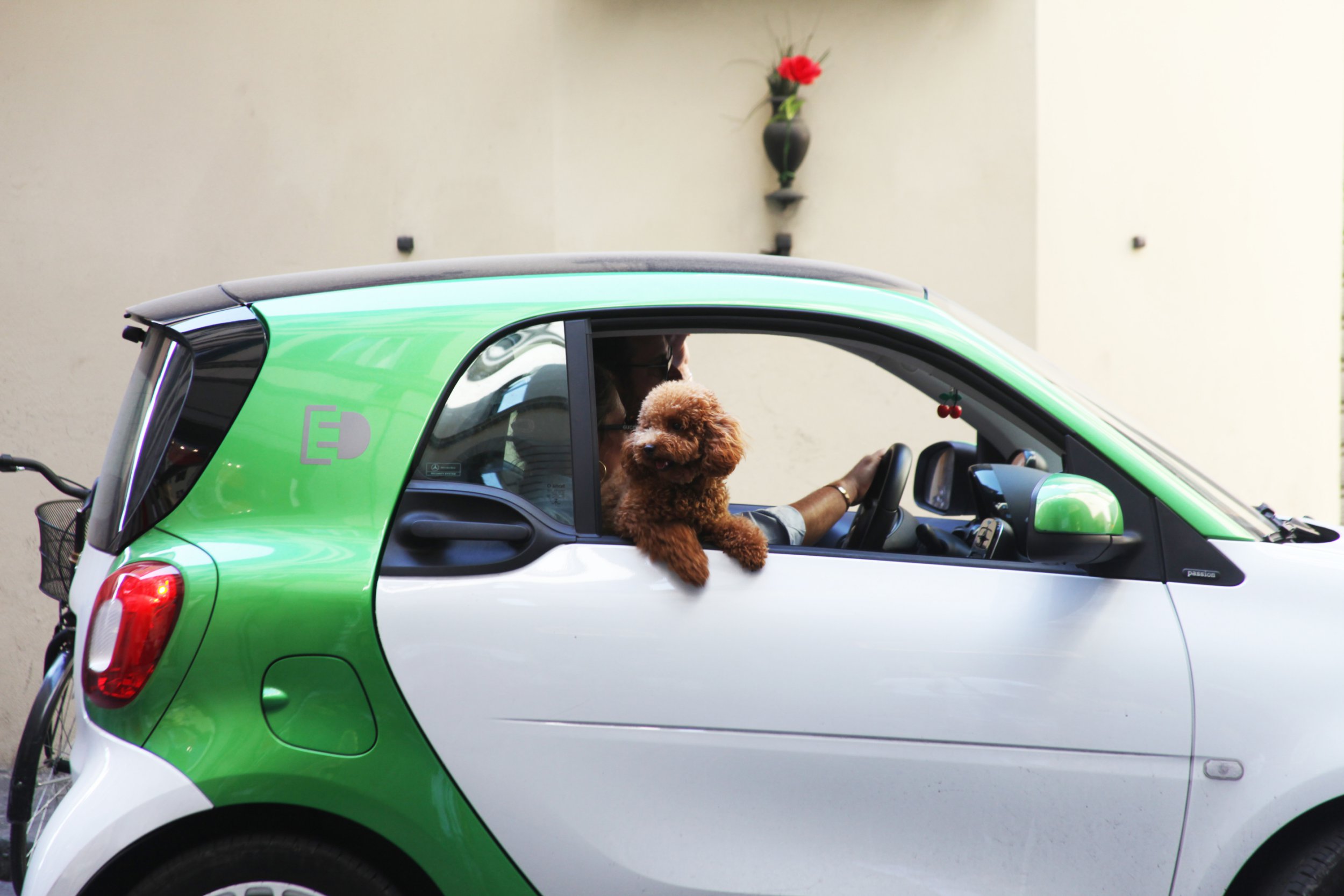 If you want to pamper your pooch then buy an electric car, say scientists.

They have found that when it comes to choosing their ride, dogs much prefer the comfort of an electric car.

Not only do electric vehicles help calm dogs down by cutting anxiety and over excitement they also help reduce car sickness in pets.

Scientists say the smoother ride and reduced road noise and vibration led to a reduction in their heart rate of up to 30 per cent.

In a first-of-its-kind study, researchers from the University of Lincoln teamed up with CarGurus to carry out the tests using 20 dogs wired for biometric readings.

Each dog was taken on two 10-minute journeys, one in an electric car followed by the same route in a diesel car.

Dogs were given an hour break between each journey to ensure they were in a relaxed state for both trips.

Only one of the 20 dogs of the dogs travelled primarily in an electric vehicle on a day-to-day basis with the 19 travelling by diesel or petrol cars.

The tests found dogs lay for around a third of the journey’s duration regardless of whether they were in a diesel or electric vehicle.

In diesel cars, however, dogs broke their lying position on average 50 per cent more than in an electric vehicle.

Professor Daniel Mills, professor of Veterinary Behaviour Medicine at the University of Lincoln, said: ‘Our results clearly show that dogs seem to be more relaxed in electric vehicles, particularly when looking at behavioural traits such as restlessness.

‘Additionally, an interesting and somewhat unintended revelation from the study came from the dogs that we identified as having potential symptoms associated with travel sickness.

‘During their journeys in the electric vehicles, biometric recordings of these dogs revealed their heart rates slowed markedly more than when they were in diesel cars.

‘This was of particular interest to us given an increase in heart rate is commonly associated with motion sickness. It’s an intriguing result.’

To measure the dog’s behavioural and physiological responses to the car journeys, an array of scientific techniques were used.

The behaviour of dogs in cars was continuously recorded using GoPro cameras, with the aim of identifying non-problematic and problematic behaviour while travelling.

CarGurus, an online car marketplace, carried out further research with dog owners regarding their pet’s behaviours when travelling.

Overall, they said their pets suffered from over excitement (58%), anxiety (48%) and nausea (44%) when travelling in the car.

However, the participants that have driven their dogs in both a diesel vehicle said they settled better (39%), were calmer (43%), less anxious (42%) and whined less (45%) in an electric vehicle.

Chris Knapman, of CarGurus UK, said: ‘We know from previous studies that the sharp increase in dog ownership in the past three years has caused many motorists to rethink what car best suits their needs.

‘To date, our advice here has focused safety and practicality, and these remain the primary considerations. However, for those who regard the switch to an electric car as a good fit, this study will provide reassurance that it’ll suit their dog as equally as well.’

The Canine Car Study, which has been submitted for publication in an international scientific journal, was commissioned to investigate the effects of travelling in electric vehicles versus diesel cars on dog behaviour and welfare.

Archie christening guest list: Will Meghan’s friends be at baptism – who are godparents?