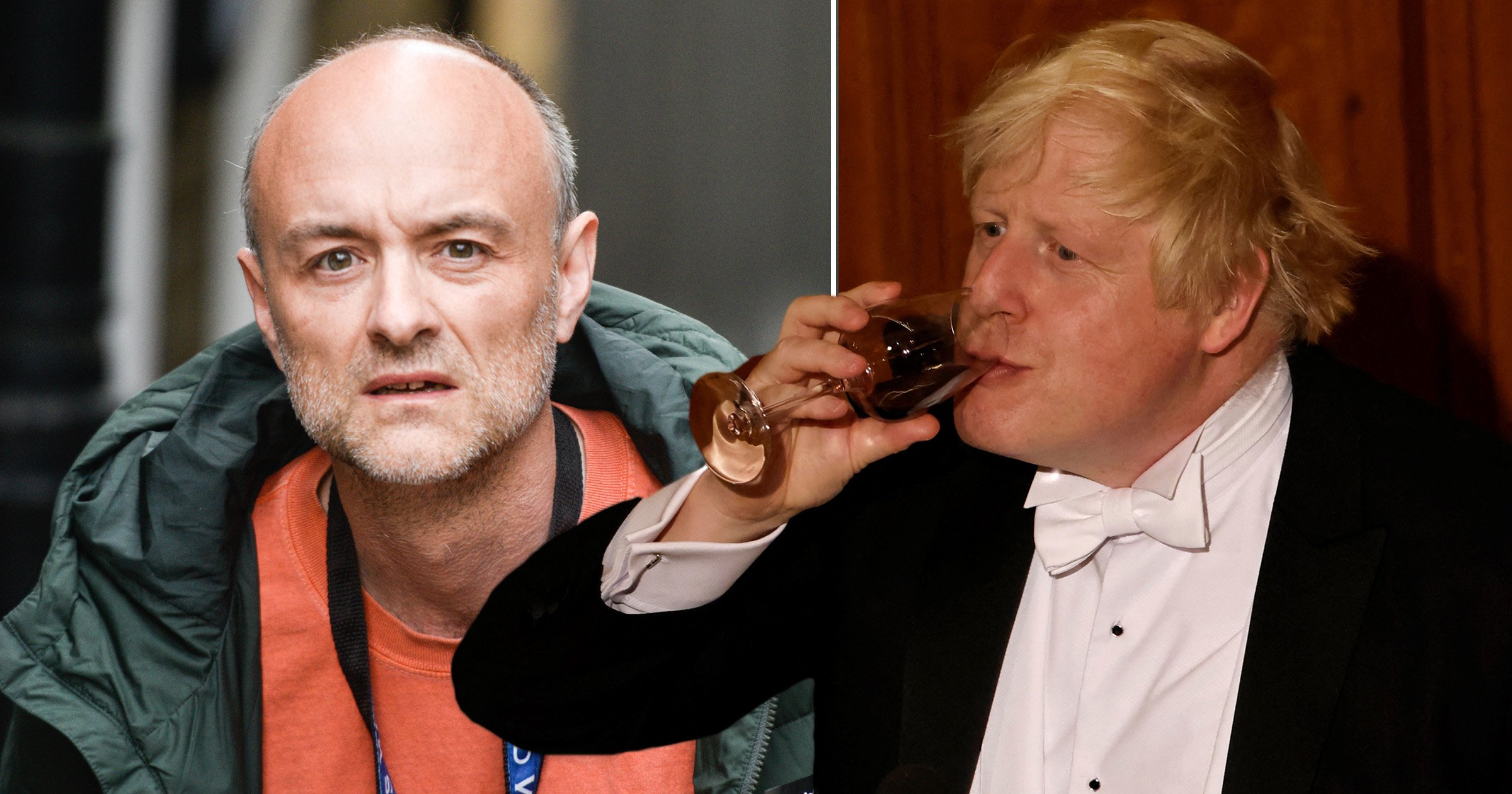 Boris Johnson’s former right-hand-man has made fresh claims of drinks in Downing Street’s garden which could have broken lockdown rules.

Dominic Cummings’ accusation has prompted Whitehall to expand its investigation into claims of rule-breaching events among politicians in 2020.

Claims of Christmas parties and cheese and wine gatherings have angered members of the public, who refrained from socialising with friends and loved ones to slow the spread of Covid-19.

Now Mr Cummings has added to the list of alleged events, claiming a ‘senior No 10 official’ invited people to ‘social distanced drinks’ in May 2020.

The Prime Minister’s former chief adviser said he warned at the time the event ‘seemed to be against the rules and should not happen’ but was told it went ahead after he was ignored.

He said that he wrote the warning in an email that could be discovered by senior civil servant Sue Gray, as she investigates a string of allegations of rule-breaking parties in Downing Street.

It was understood her investigation was expanded to include the new claim relating to May 20 2020, as well as the garden gathering five days earlier revealed by a leaked photo showing the Prime Minister and staff sat around cheese and wine during the first lockdown.

Ms Gray replaced Cabinet Secretary Simon Case in leading the Whitehall investigation after allegations emerged of an event taking place within his own office.

In a lengthy blog post today, Mr Cummings insisted there was nothing ‘illegal or unethical’ about the May 15 gathering.

But he wrote: ‘On Wednesday 20 May, the week after this photo, a senior No 10 official invited people to ‘socially distanced drinks’ in the garden.’

Mr Cummings said he and at least one other special adviser ‘said that this seemed to be against the rules and should not happen’.

He added that he issued the warning ‘in writing so Sue Gray can dig up the original email’.

The Vote Leave veteran said: ‘We were ignored. I was ill and went home to bed early that afternoon but am told this event definitely happened.

‘In my opinion the official who organised this should anyway have been removed that summer because of his failures over Covid. I said this repeatedly to the PM.

‘In my opinion it would not be fair for most officials who went to the garden for drinks on 20 May to be punished because, given the nature of the invitation, a junior official would be justified in thinking “this must somehow be within the rules or X would not have invited me”.

Mr Cummings appeared in the photo leaked to the Guardian and dated May 15 2020.

So did the Prime Minister, then fiancee Carrie and 17 staff members and Mr Johnson’s principal private secretary Martin Reynolds. On the table in front of the PM were bottles of wine and a cheeseboard.

Mr Cummings wrote that they had been in meetings that day before ‘someone brought a bottle of wine out to the table’.

He added: ‘It may have been Martin but I think it was the PM himself who went inside as I was packing stuff up and brought out wine.

‘We carried on chatting about Covid, about domestic priorities, and about how to sort out the Cabinet Office which had totally collapsed. The scene on the terrace was in no sense a “party” or “organised drinks”.’

Mr Cummings, who left Downing Street in November 2020 amid a bitter power struggle, said No 10 staff were ‘encouraged’ to meet in the garden between April and August as it was ‘safer’ during the pandemic.

He said Deputy Prime Minister Dominic Raab made the ‘obviously false’ argument to the public that the photo was taken outside normal hours, arguing staff members often work past midnight on Fridays.

The Brexiteer wrote: ‘Before, during and after Covid some of those working late on Fridays would have a drink at their desks or in the garden.’

But the former adviser blamed No 10 for giving the Cabinet member ‘duff lines’ to deliver on the airwaves.

Mr Cummings said: ‘There is no reasonable argument that No 10 staff having meetings in the garden throughout that summer was either illegal or unethical.

‘It would have been extremely stupid to ban staff from the garden and make them all work inside.

‘Nobody ever suggested that Covid rules meant that No 10 staff were forbidden from having a drink in the evening at their desk or while discussing work with colleagues they were sitting next to and/or working with all day.’