Dominic Grieve recently warned that if Boris Johnson lost a no-confidence vote, MPs would have 14 days to form an alternative government. Discussing the claims on Sky News, presenter Dermot Murnaghan said it would “take a lot” to stop a no deal Brexit. Mr Grieve began: “No deal can be stopped if Parliament wishes to stop it. It’s a question of whether Parliament wishes to exercise its will to prevent the Government from going through with it. And there are a number of ways in which that can happen.

“The most obvious of which is that the Government is defeated on a no-confidence motion and having been defeated a new administration is set up, which is specifically provided for in the Fixed Term Parliament’s Act.”

The Sky News host hit back: “Takes a lot to happen though. I mean that’s been countered hasn’t it by Dominic Cummings, the close adviser now to the Prime Minister.

“He says ‘even if that happens, even if there’s an attempt to bring the Government down and it necessitates a general election, they will simply call it for after October 31 so Brexit happens anyway’.” 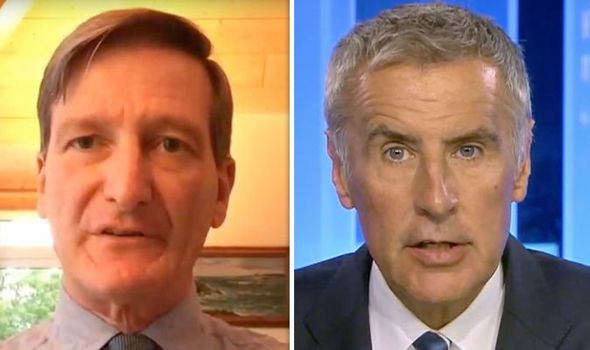 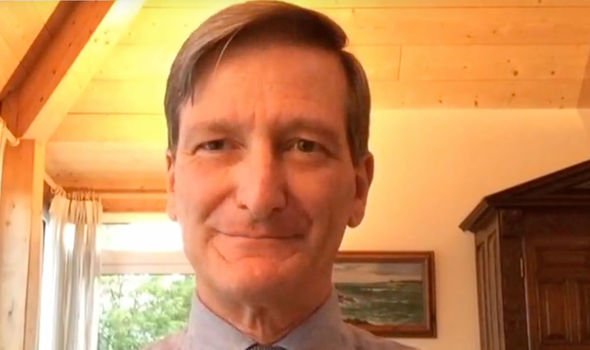 “The Fixed Term Parliament Act doesn’t necessarily mean that if there is a no-confidence vote it leads to a general election at all. It leads to a 14-day-period in which a new administration can be formed.

“There’s nothing that the Prime Minister could do to prevent such an administration being formed if the majority of the House of Commons wanted it.”

Referring to Mr Cummings’ claim that even losing a no-confidence vote could not stop Mr Johnson from achieving Brexit by October 31, Mr Grieve earlier told Radio 4’s Broadcasting House programme: “Mr Cummings has a point, but he may also be missing the point.

“There are a number of things which the House of Commons can do, including bringing down the Government via a vote of no-confidence and setting up a new Government in its place.” 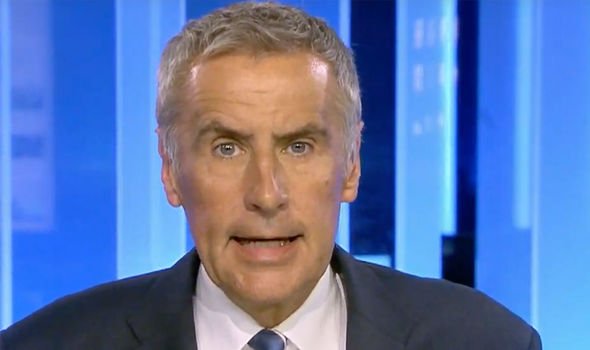 This arrangement, known as a Government of national unity, would involve a cabinet made up of MPs from multiple parties.

However, Catherine Haddon, from the Institute for Government think tank, said that while Mr Grieve’s suggestion was possible, it could rely on Mr Johnson resigning as Prime Minister after losing a no-confidence vote, something he is not legally bound to do.

Ms Haddon said: ”The problem there is it requires the sitting prime minister to resign, and because it is untested territory we don’t know how that might work. 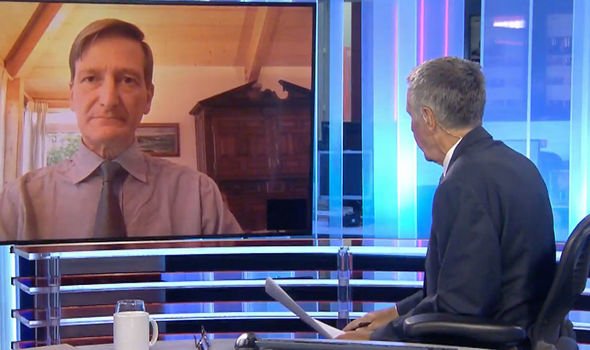 “If you go back over history, certainly when governments have lost confidence that’s been the presumption, but the other presumption has been that if they wanted to go to the people they could.

“He could say: ‘No, I’m staying as prime minister and we’re having a general election.'”

James Cleverly MP, chairman of the Conservative Party, told Sky’s Sophy Ridge on Sunday’s programme that the Government was “not going to initiate a general election” before 31 October.

Ms Haddon continued: ”We still don’t know if there is something they could try involving an emergency debate, because the Speaker has previously implied that he thinks there’s more scope there in terms of what Parliament can do, but again this is completely untested and falls on the Speaker reinterpreting previous parliamentary practice in a new way.”

Meanwhile, preparations for leaving the EU without a withdrawal deal are being ramped up, with Mr Johnson saying the UK must leave by the 31 October deadline.

The Prime Minister has said his preference is to renegotiate the withdrawal agreement, remove the backstop and leave with a deal, but EU leaders have repeatedly stated the agreement is not open for renegotiation.

Woman dies with £120 in bank after scammer took £20,000 while promising marriage

Harry’s own biographer explains why William is more popular ‘No-one likes being lectured!’