Speaking to reporters ahead of boarding his Marine One helicopter, Trump said he expected his three-day state visit to be “very important” and “very interesting”. The US President spoke of his friendship with Boris Johnson, the Tory leadership hopeful, and also mentioned his “very good relationship” with Brexit Party leader Nigel Farage as he left the White House on Sunday evening. President Trump was due to land at London Stansted Airport with first lady Melania Trump at 9am Monday morning.

When asked if he was planning to meet Mr Johnson during his UK state visit, Trump said: “Well, I think I may meet with him.

“He’s been a friend of mine.

“I have a very good relationship with him.” 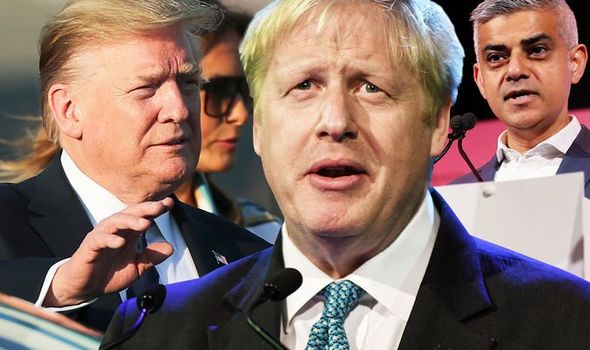 The US President also spoke of his alliance to Mr Farage, he said: “I have a very good relationship with Nigel Farage, with many people over there [in the UK] and we’ll see what happens.

“I may meet with him.

“They want to meet. 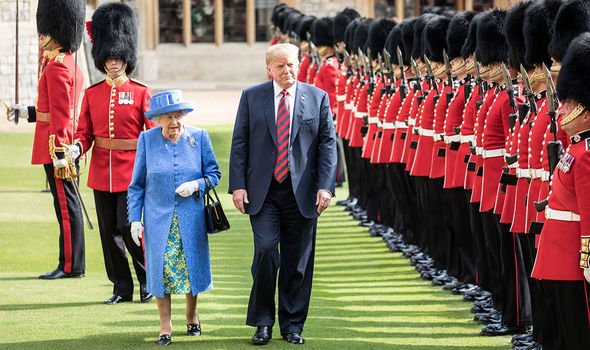 But the US President doesn’t seem keen to meet Mr Johnson’s Tory leadership rival Sadiq Khan, after launching a stinging attack on the London Mayor.

According to the MailOnline, he said: “I don’t think much of him.

“He’s the twin of de Blasio except shorter.” 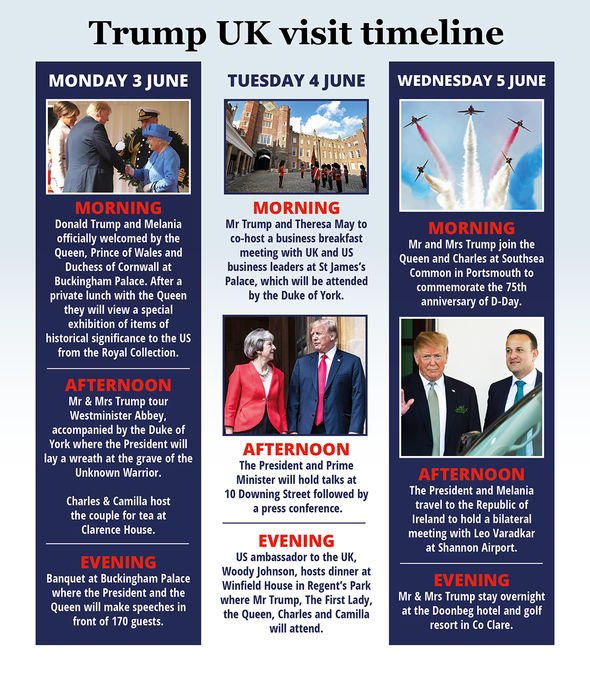 Mr Khan branded Trump a “20th-century fascist” on Sunday, while criticising the language used by the President.

He described Trump as: “Just one of the most egregious examples of a growing global threat.”

President Trump’s arrival in the UK is due to be followed by a protest through central London against the visit, with thousands of protestors expected to attend.

The Trump baby blimp, made for the President’s visit last year, is also set to return. 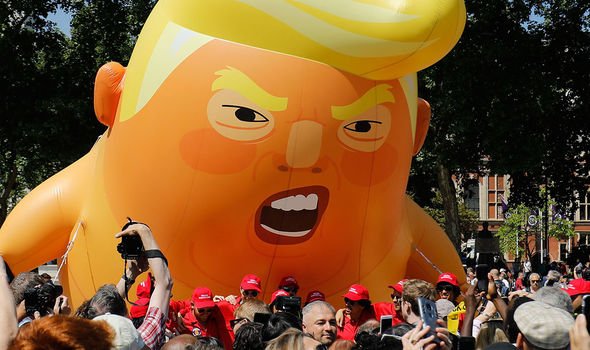 After his arrival at Stansted Airport, Trump will head to Buckingham Palace for a reception with the Queen, Prince of Wales and the Duchess of Cornwall.

Prince Harry will also attend a private lunch at the Palace – although his wife, Meghan Markle, will not be in attendance, as she will be at home with their four-week-old son, Archie Harrison.

Ahead of the visit the President denied called Meghan “nasty” when he was recently confronted with comments she made before the 2016 US elections saying she would leave the country if he won.

Asked at the White House on Sunday evening if he was willing to apologise to the Royal Family, or to clarify the comments made to the Sun’s political editor, Mr Trump replied: “No, I made no bad comment. Thank you.”

Mike Pence, at summit, lashes out at Europeans over Iran

Holidays BACK ON! UK to SCRAP 14-day quarantine for these countries in huge announcement

SLOW DOWN! Prince William warned Harry things were moving TOO FAST with Meghan