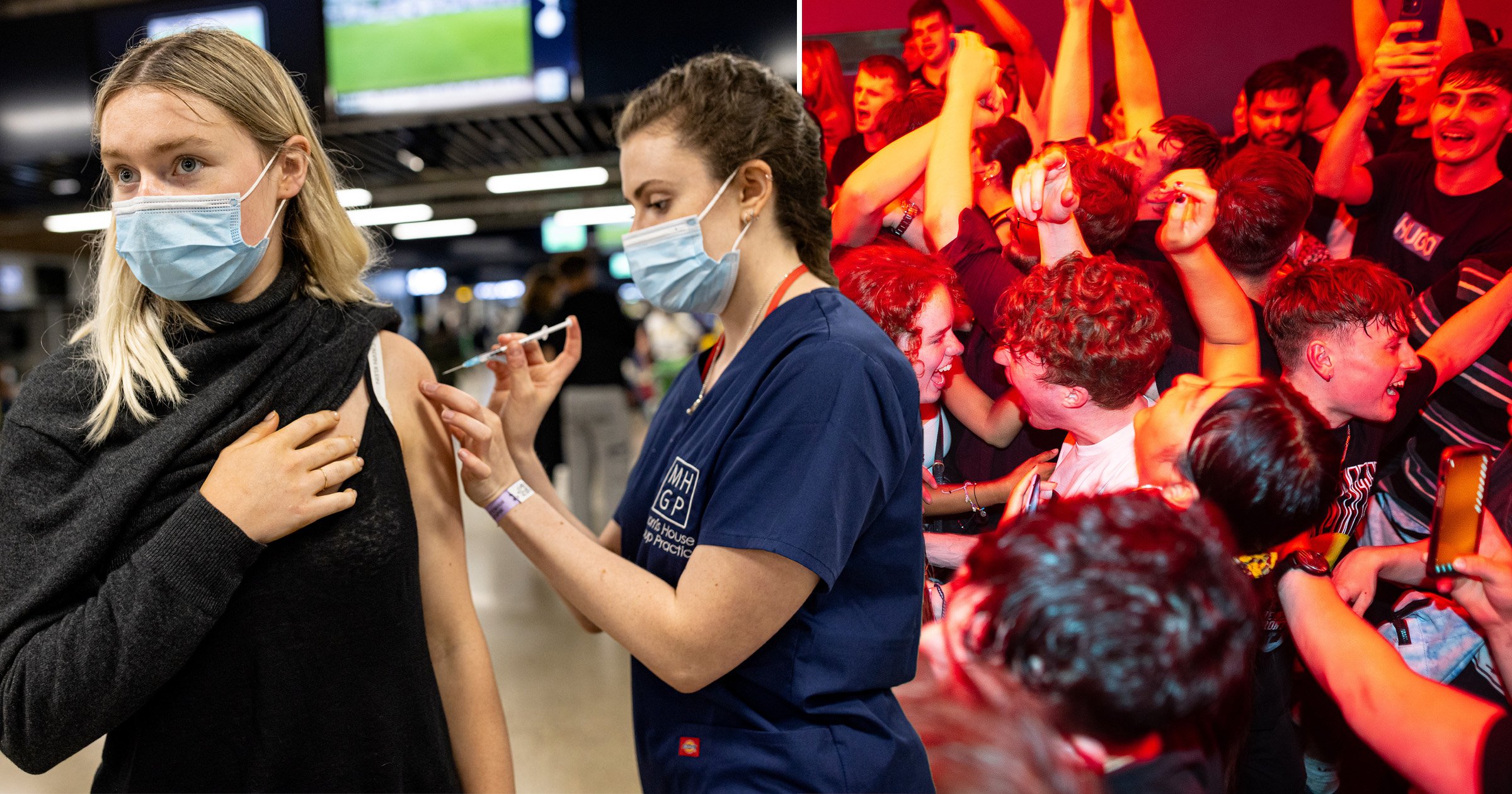 Proof of Covid vaccination will be required for entry to nightclubs and other venues where large crowds gather, Boris Johnson has announced.

The PM has mandated clubs to ask for proof by the end of September when all over 18s will have had their chance to be doubled jabbed.

Speaking from self-isolation at a Downing Street press conference Mr Johnson said ‘proof of a negative test will no longer be enough.’

Nightclubs and venues where people crowd together indoors and ventilation is poor are seen as potential environments for ‘super-spreader’ events.

Club have only just been allowed to reopen for the first time in 16 months and there were raucous scenes across England last night as people piled into venues after midnight.

Businesses have been urged to use the NHS Covid pass before the new rules come into place, although this is not mandatory for now.

Mr Johnson said: ‘We are concerned, as are other countries, by the risk caused by nightclubs.

‘I don’t want to close nightclubs again, but it means nightclubs have to do the responsible thing and make use of the NHS Covd pass which shows proof of vaccination, a recent negative test or natural immunity as a means of entry.

‘We do reserve the right to mandate certification at any point if it’s necessary to reduce transmission. 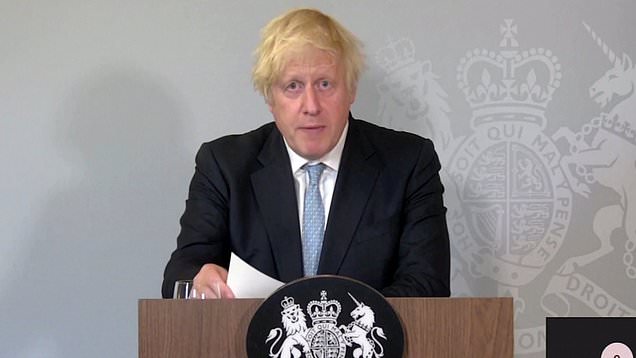 ‘I should serve notice that by the end of September that when all over 18s have had the chance to be double jabbed, we are plannng to make vaccination a condition on nightclubs and venues where large crowds gather, proof of a negative test won’t be enough.’

The new rules come after Mr Johnson revealed only 65% of young people have taken up the offer to get a vaccine, far fewer than those in older age groups.

This means that some three million people are still unvaccinated, and the Prime Minister warned them that: ‘Some of life’s most important pleasures and opportunities are likely to be increasingly dependent on vaccination.’

Mr Johnson has previously ruled out introducing a vaccine passport scheme as a condition of entry for other venues including pubs and restaurants.

Nightclubs have hit back at the announcement, complaining that they have been unfairly singled out.

A statement from the Music Venue Trust, which represents grassroots music venues, responded to the announcement, saying: ‘The government needs to bring forward a workable, usable and accurate certification process that is in wide use across society and is accepted as normal and necessary by the public.

‘Singling out nightclubs, or music venues, or any other cultural activity, as spaces required to deliver such a policy won’t work without the tools to do it and without addressing the obvious point that most grassroots music venues have lower capacities and lower total attendees per day than pubs.

‘We note that the aim is to “boost vaccine uptake among young people”. The aim of certification should be the safety of the public.’

Speaking in the House of Commons, Jeremy Hunt, Conservative chairman of the Health and Social Care Committee, questioned why the Government was waiting until the end of September to implement the plans.

‘If we’re going to introduce Covid vaccine passports for nightclubs by the end of September, which I support, why are we waiting until then, giving more weight to the concerns of people who want to go to nightclubs, than the additional extra cases waiting two months is likely to cause at a time when that growth in new cases is of such a concern?” he asked.

Meanwhile, Britain’s chief scientific adviser Patrick Vallance said on Monday that 60% of people being admitted to hospital with Covid-19 have had two doses of vaccine.

‘In terms of the number of people in hospital who’ve been double vaccinated, we know it’s around 60% of the people being admitted to hospital with Covid,’ Sir Patrick said.