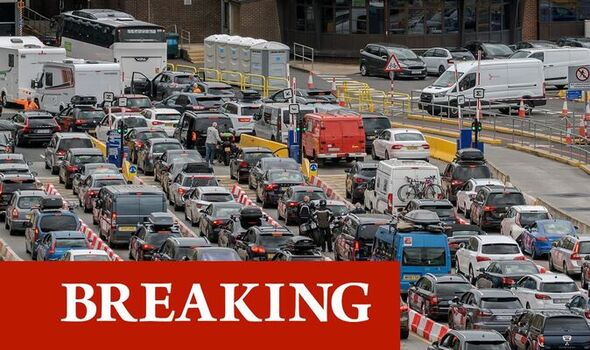 The disruption has come on what would be the busiest summer getaway in years – perhaps the biggest since such records began in 2014, according to the RAC.

The organisation estimates that UK drivers could make close to 19million trips between Friday and Monday.

Announcing delays at the Port of Dover, staff expressed their “deep frustration” at the “woefully inadequate” resources on the French side of the crossing.

The Port said in a statement: “Knowing we are now in a new world of post-Brexit and Covid checks, we worked to increase interim French border control booths by 50 percent and has improved traffic systems in order to build in resilience and capacity in time for the summer.

“We trained a new team of passenger champions to be on hand and assist customers at the port. They are there working hard and doing all they can to help them.

“We also have provided enhanced amenities, such as toilets and refreshments, as well as water refilling stations, to look after customers.”

French officials have, they said, failed to match such preparations and are now blamed for causing holiday chaos for Britons.

Port Chief Executive Doug Bannister was even more scathing with his language on the situation.

He told Sky News: “The cause of it is French immigration controls. 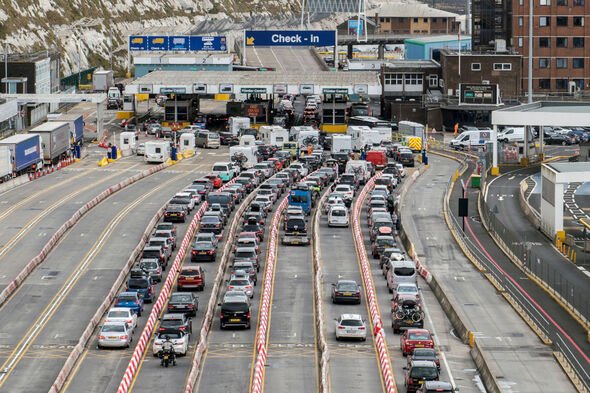 “This is causing major disruption. French border controls are not properly staffed.”

Public transport around the port has been heavily affected by the delays.

Stagecoach announced it is “unable to serve Dover at present” due to long traffic queues.

Despite the Port highlighting its own preparations in the expectation of a busy getaway period, many on social media have pointed the finger of blame not towards French authorities but to Brexit.

French writer Alex Taylor wrote in a post on Twitter: “Who’d have thought that when you ‘take back control’ of your borders, others might do the same?”