Boris Johnson has been urged to ‘come clean and apologise’ over the supposed Downing Street Christmas party after footage was leaked showing senior aides appearing to joke about a ‘fictional’ bash days later.

Number 10 has repeatedly insisted there was no party and coronavirus rules had been followed at all times following reports one took place there on December 18.

But footage obtained by ITV News shows the Prime Minister’s then press secretary Allegra Stratton answering questions at a mock press conference on December 22 about a party the previous Friday – the date of the alleged rule-breaking gathering.

Labour leader Sir Keir Starmer called on Mr Johnson to ‘come clean and apologise’, adding that for aides ‘to lie and to laugh about those lies is shameful’.

In the clip, adviser Ed Oldfield asked Ms Stratton: ‘I’ve just seen reports on Twitter that there was a Downing Street Christmas party on Friday night, do you recognise those reports?’

Ms Stratton replied ‘I went home’ before appearing to consider what the correct answer should be.

During the rehearsal, filmed as part of a subsequently-abandoned plan for Ms Stratton to lead televised press briefings, Mr Oldfield pressed her for an answer. 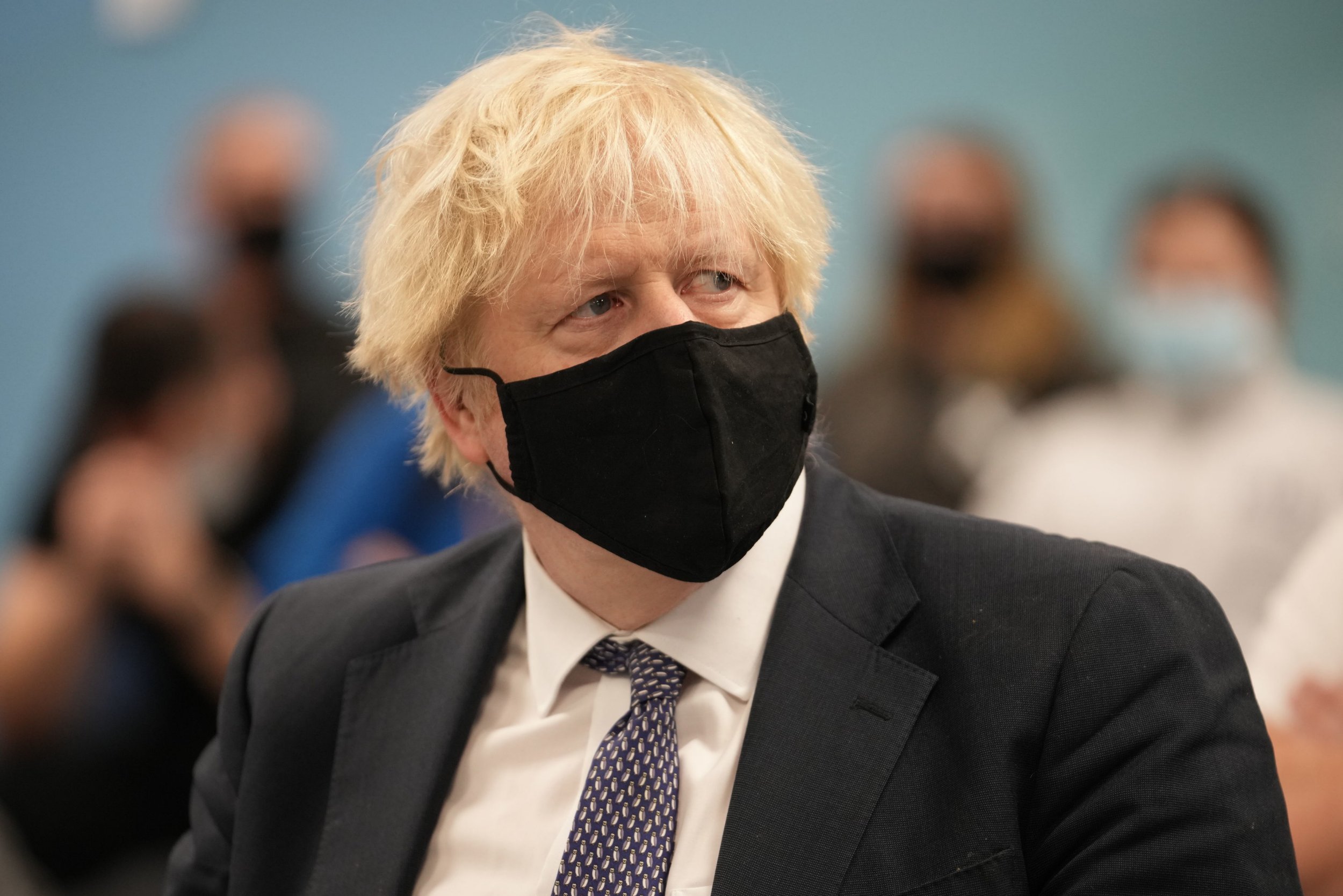 He asked: ‘Would the Prime Minister condone having a Christmas party?’

Ms Stratton asked ‘what’s the answer’ and staff in the press room appeared to suggest ideas, with one saying ‘it wasn’t a party, it was cheese and wine’.

She replied, ‘Is cheese and wine alright? It was a business meeting,’ to laughter in the room.

Ms Stratton then noted ‘this is recorded’, adding: ‘This fictional party was a business meeting … and it was not socially distanced.’

The leaked footage was shot in the media room at 9 Downing Street, which was refurbished at a cost of £2.6 million in preparation for the televised broadcasts before the plan was ditched.

In response to ITV’s report, a Downing Street spokesman said: ‘There was no Christmas party. Covid rules have been followed at all times.’

Earlier, Mr Johnson declined to repeat the claim from Downing Street that staff did not hold a Christmas party in No 10 during Covid restrictions.

The Prime Minister instead insisted no rules were broken as the Times reported that staff wore festive jumpers and were asked to bring ‘secret Santa’ gifts.

They were reported to have brought alcohol and food to the event said to have been attended by dozens of colleagues on December 18 last year when London was in Tier 3 restrictions banning social mixing indoors.

Mr Johnson’s official spokesman has insisted ‘there was not a party’ but the Prime Minister declined to characterise the event during a visit to a prison in London on Tuesday.

He told reporters: ‘What I can tell you is that all the guidelines were observed, continue to be observed.’

Asked if he investigated personally, Mr Johnson said: ‘I am satisfied myself that the guidelines were followed at all times.’

Ministers are yet to explain how the alleged bash complied with the rules in place at the time, despite coming under pressure since an initial report in the Daily Mirror.

The newspaper said two events took place in No 10 in the run-up to the festive season last year, including Mr Johnson giving a speech at a leaving do during November’s lockdown.

The other was said to be a staff party in December where party games were played, food and drinks were served, and revelries went on past midnight.

At the time, the Tier 3 rules explicitly banned work Christmas lunches and parties where it is ‘a primarily social activity and is not otherwise permitted’.

Labour leader Sir Keir Starmer said: ‘People across the country followed the rules even when that meant being separated from their families, locked down and – tragically for many – unable to say goodbye to their loved ones.

‘They had a right to expect that the Government was doing the same. To lie and to laugh about those lies is shameful.

‘The Prime Minister now needs to come clean and apologise. It cannot be one rule for the Conservatives and another for everyone else.’