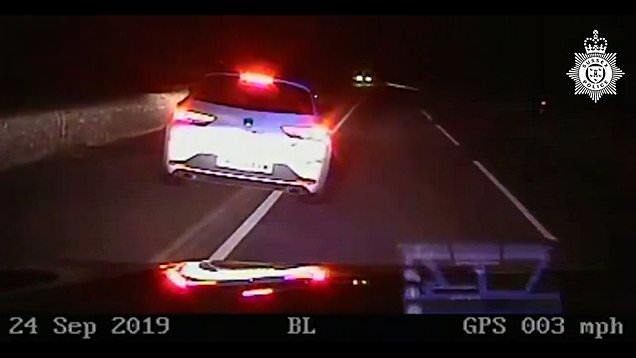 A drink-driver who led police on a 124mph chase before smashing head-on into another motorist has been jailed for nearly four years.

Leon Karaloucas, 34, was spotted flying past officers in an unmarked patrol car in Lewes and initially sped off when they attempted to pull him over on September 24, 2019.

He briefly stopped at the roadside before racing off again as they were getting out to speak with him.

A Sussex Police spokesman said: ‘Police reached speeds of 124mph as they attempted to catch up with the car, but it was out of sight and the pursuit was aborted as it was considered too dangerous.

‘Just minutes later and less than half a mile from where police called it off, a crash was reported involving the speeding vehicle and a BMW 116.

‘Investigations revealed the driver had overtaken another vehicle on approach to a left-hand bend, contravening a double solid white line, and crashed head-on into the BMW, causing extensive damage to both.

‘He was pulled from his car by a local resident and taken to hospital for treatment.

‘The BMW driver, a 68-year-old local woman, sustained multiple fractures and was also taken to hospital.’ 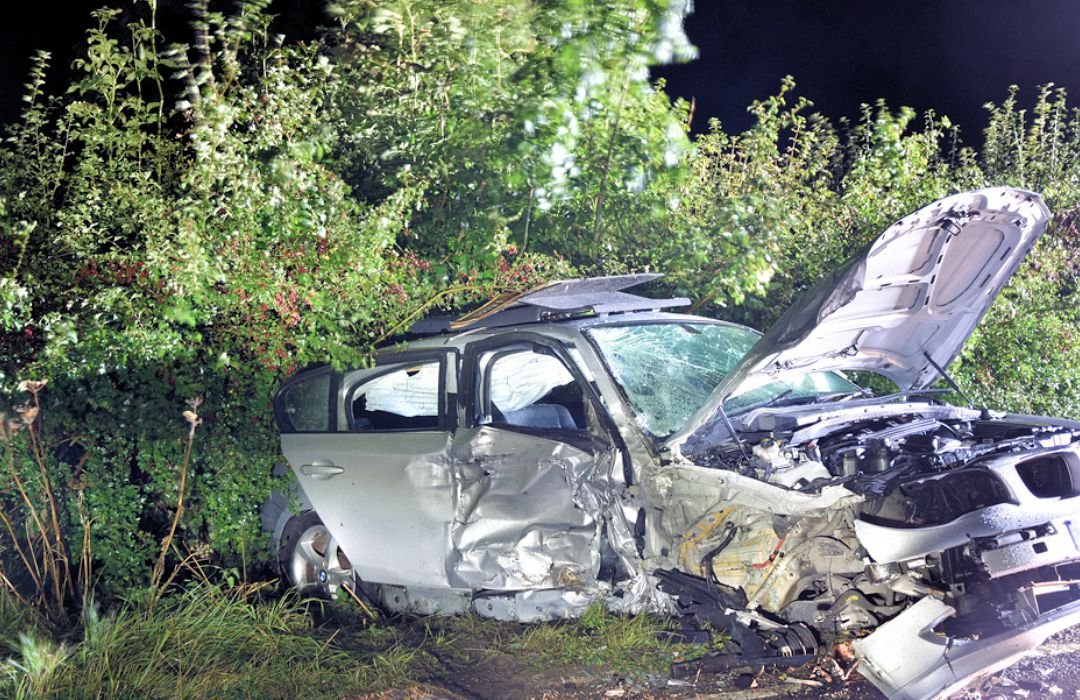 He was also banned from driving for five years and 10 months and ordered to take an extended re-test.

Police released footage of part of the chase and photos showed the extent of the damage caused by the collision.

Karaloucas later provided a sample of blood for analysis which revealed he had 111mg of alcohol per 100ml of blood in his system – the legal limit is 80mg.

PC Richard Brand said Karaloucas drove at speeds in excess of 100mph in a zone with a 60mph speed limit.

He said: ‘Police called off the pursuit, however Karaloucas continued to drive in a dangerous manner and was involved in a serious collision with a member of public’s vehicle, causing extensive damage and serious injuries to the female driver.

‘Driving in a dangerous or careless manner on the roads of Sussex will not be accepted.’

How the SNP demanded Scotland gets ‘real power’ of German states