Shocking footage shows the woman shove the doorman and then launch a racist tirade, including using the n-word. She spits towards the employee as she walks away. The clip has been shared widely on social media since Saturday night.

There has been a furious reaction to the incident, which happened in central Birmingham at its Figure of Eight Wetherspoons pub.

Birmingham Live now reports the woman has been barred for life for the “unacceptable behaviour”. She’ll be unable to visit any of its near 900 pubs.

Police are trying to trace the drinker, who in the footage is asked to wait away from the door of the pub. She then says: “I don’t give a s***”, pushes him hard before turning away and unleashing a stream of swear words and racial slurs, including calling him a “black c***” and using the n-word.

A customer who posted the video wrote: “I haven’t been doing security for years like some, but in the short time I’ve been doing it I’ve seen and been through pretty much everything there is to see….this however is something I, or anyone who looks like me, shouldn’t have to put up with.” 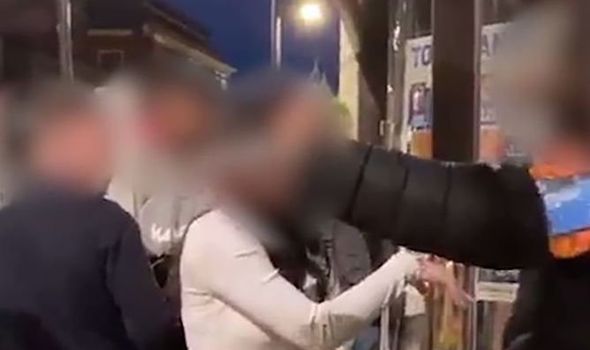 Speaking today, Wetherspoon spokesman Eddie Gershon said: “We can confirm the incident took place outside the pub on Saturday night.

“The woman in question had been ejected for her behaviour.

“She spat her drink towards the member of door staff and also racially abused him.

“She also caused issues as she was leaving.

“We will also be pursuing her for criminal damage and passing on the CCTV and bodycam footage to the police.”

Birmingham City Council’s Councillor Sharon Thompson, whose brief includes leading on homes and neighbourhoods, said: “I was appalled to see such unacceptable racist behaviour directed towards the security operative.

“There is no place for racism in society and especially not this city. All too often security operatives are subject to this type of behaviour when they are simply trying to look out for others and maintain a safe environment.

“All too often this abuse is treated as if its part of their job – it is not. Nobody should go to work to be racially or physically abused and until we take a zero tolerance approach it will continue.

“What we saw in the video was a racist hate crime..I applaud (the doorman) for maintaining his composure throughout.” 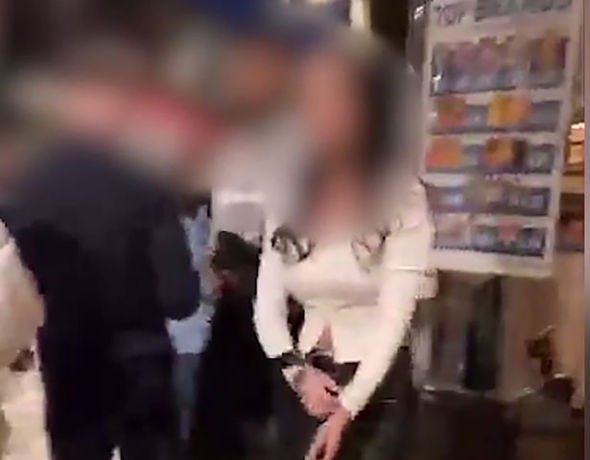 Jonathan ‘Tyson’ Leon, 44, who runs a security agency in Birmingham, said the footage was “sadly pretty standard” for door staff working across the country.

He said: “It is very frustrating, but sadly we encounter a lot of abuse, racial abuse.

“I am glad this incident was filmed but this is a common occurrence really and I wish more was done about it.”

West Midlands Police called this “an awful incident” and is investigating.

“We’re aware of a video showing a woman directing racist abuse at a member of door staff in Broad Street over the weekend,”  Chief Insp James Spencer, of West Midlands Police, said.

“It’s been crimed as a racially aggravated harassment offence and we are investigating.

“It’s an awful incident and people are understandably disgusted. We are prioritising the investigation.

“Officers have been working hard with local businesses to make the city a safe and enjoyable place to visit. Racist behaviour is completely unacceptable.”

Boris Johnson flew by private jet to get back to Parliament

Where did Prince William and Prince Harry go to school?