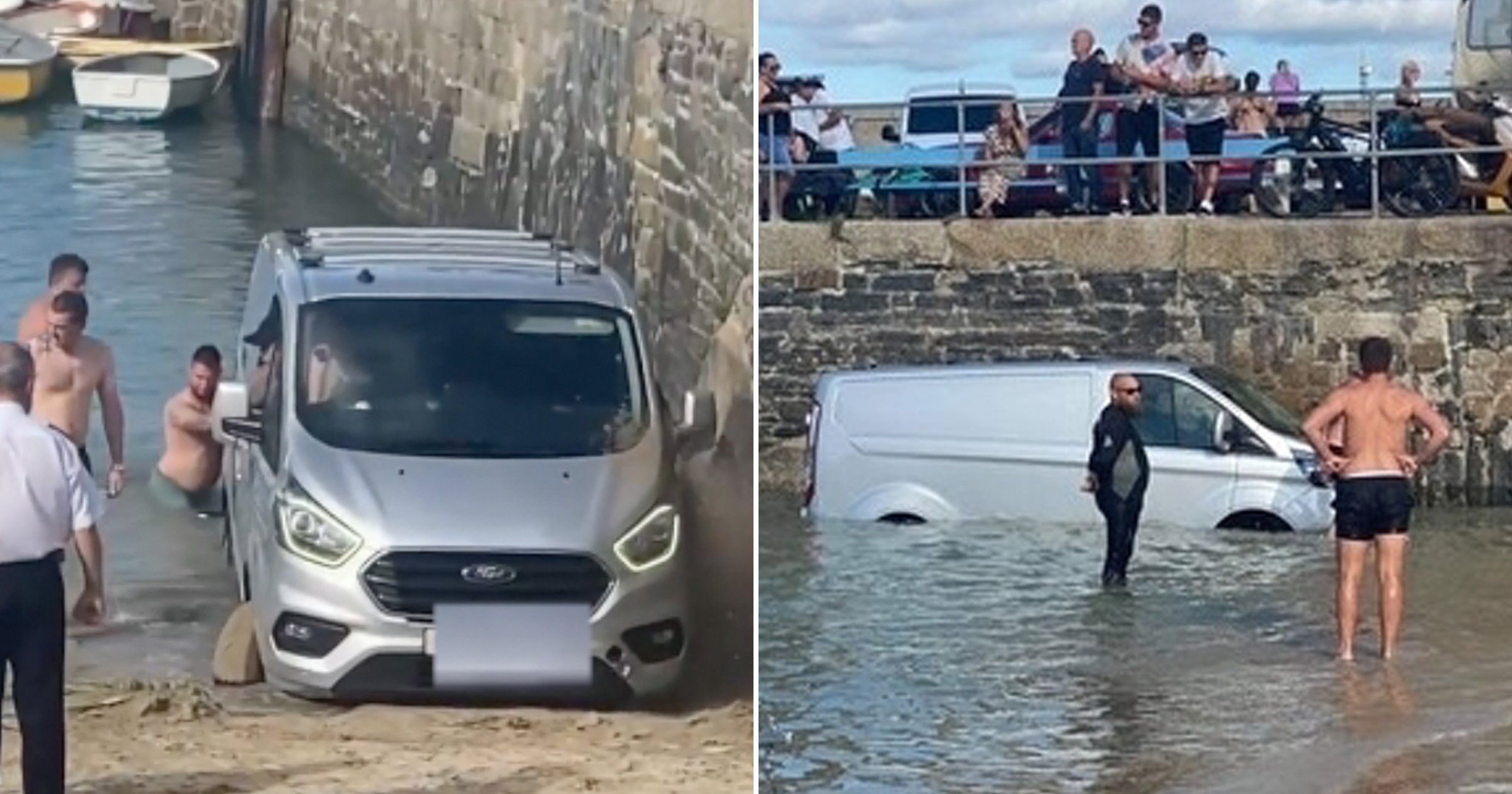 We’ve probably all made a mistake when parking our cars in the wrong place at some point in our lives, maybe landing ourselves with a ticket or two.

But this particular driver ended up in hot water – or should that be, cold water – by getting it completely and utterly wrong.

The rebellious van owner decided to park on Newquay Harbour Beach, in Cornwall, on Sunday without realising the tide was coming in.

Eyewitnesses said the driver was spotted discussing parking the vehicle with the harbour master earlier in the day, despite signs telling people not to park.

The van was initially seen being used to launch a boat from the beach.

The owner then allegedly decided to ignore the signs and the warnings from the harbour master, left the car there and went off jet skiing.

Upon returning, they found their van partially submerged in the sea.

An eyewitness said: ‘They were parked on the harbour beach, and there is a sign that says no vehicles on the beach so the harbour master went over to tell them, and he was told to go away by the van owner.

‘They then went out on jet skis on the day and came back to the van sinking on the rising tide.

‘I’m just hoping that there are no leaks of oil or diesel into the harbour.’

‘If you haven’t got an amphibious vehicle why don’t you let us take you out in our boat. Fishing trips and coastal cruises.

They added: ‘Hope they get it sorted.’

After several failed rescue attempts, the van was removed later in the day.

Badger raids woman's kitchen after sneaking in through cat flap