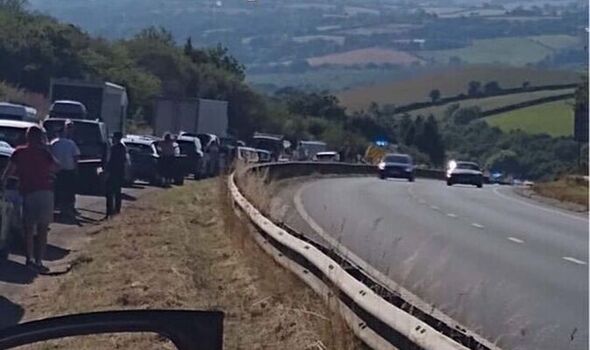 A lorry driver caused a horror crash near Okehampton when the blade from a bulldozer he was transporting hit a van travelling in the opposite direction and tore through it ‘like a knife through butter’.

Peter Knight drove his LGV at speed along the A386 at Sourton when part of the bulldozer’s scoop hit a tree and swung into the road, DevonLive reports.

The driver of the van was nearly killed. In fact, one motorist who stopped to help said he fully expected to see a decapitated body when he rushed to the wreckage.

He only survived thanks to the quick-thinking of another member of the public who cut him free from the smashed steering wheel column. He was airlifted to hospital and suffered major scarring and several broken bones.

Knight, 38, told those at the scene that there was nothing he could have done to prevent the collision. But an investigation revealed a catalogue of failings in the way he loaded the bulldozer, including a lack of warning lights for the abnormal load, insecure loading and the speed of his driving. He had also tried to cheat the tachograph recorder by inserting false data about his journey.

He admitted causing serious injury by dangerous driving and appeared for sentence at Exeter Crown Court on Thursday {September 15}. He was spared jail and disqualified from driving for three years.

The judge said: “This was an accident waiting to happen. It was a sustained piece of dangerous driving because of the loading of that bulldozer on the low loader.”

Prosecutor Mr Nigel Wraith said the collision happened on December 15, 2020. Earlier that day Knight had driven the articulated Volvo LGV from Lifton to Cambridgeshire to pick up a Caterpillar bulldozer which had been sold to his business Knight Excavation Services.

He used chains to secure it to a low loader but the front blade of the bulldozer was protruding out of the side of the LGV. He was almost home when ‘disaster struck’, said Mr Wraith.

A motorist driving behind the lorry was so worried about the speed Knight was going that he thought it might have been stolen. He said the Volvo was being driven too fast for the conditions and failing to slow for oncoming traffic and corners. 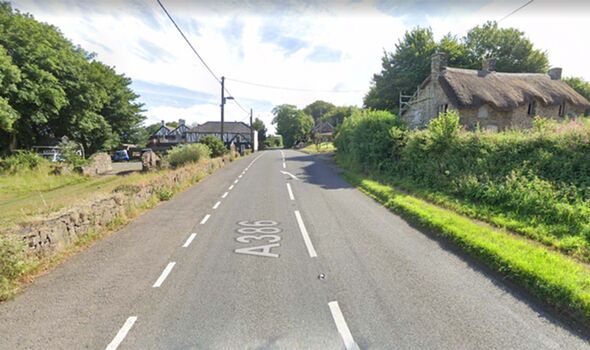 Just before the Bearslake Inn the lorry clipped a van causing only cosmetic damage. Knight moved towards the nearside hedge but a protruding blade of the bulldozer hit a tree causing a load bang.

“The next thing he saw was the blade of the bulldozer on the offside striking a black van coming the other way driven by the victim Ben Pike,” said Mr Wraith. “He described the van being torn apart like a knife through butter.”

Another witnesses stopped to assist and ‘fully expected to see a decapitated body’. Mr Pike was pinned by the steering column, unconscious, struggling to breathe and changing colour. The motorist happened to have a power saw in his vehicle and managed to cut him free and allow him to breathe.

Knight stopped and identified himself as the driver but suggested to witnesses there was nothing he could have done to avoid the collision.

Mr Pike said he could not recall much of hat happened but does have repeated flashbacks of the bulldozer blade coming towards him. He was treated at Derriford Hospital for numerous broken ribs and a broken arm. He had contusions to his lung and liver.

In a victim statement he said he was off work for 18 months. He suffers with depression and anxiety and is terrified whenever he steps into a vehicle. He no longer plays football with friends, is on medication and feels like a different person. He has been left with large loan repayments.

A forensic collision investigation found the scoop of the bulldozer was overhanging on each side of the loader and the impact with the tree caused one side to swing out 1.3m into the path of the van. The Health & Safety Executive criticised Knight’s reliance on chains to secure the bulldozer on its journey. It concluded the abnormal load was insecure and the likely risk of harm to others foreseeable.

Mr Wraith said the lorry should have had an escort vehicle and been fitted with warnings to other motorists.

Knight also admitted an offence of recording false data on the tachograph recording equipment in his lorry to allow him to drive for a prolonged period of 10 hours and 32 minutes that day.

Mr Lee Bremridge, defending, said Knight had written a letter saying how sorry he was for the pain and suffering he had caused the victim. He has been in business for 14 years but the Covid pandemic had caused work to cease. He had carried on paying his eight employees and helped in the community.

When business picked up again he wanted to make up for lost time and bought the bulldozer for a new contract. But he was inexperienced transporting such a large vehicle.

“The risk he took was obvious and his failings in doing what he should have done were perfectly apparent and for which he is incredibly sorry,” said Mr Bremridge.

He said sending Knight, of Lewdown, Okehampton, to prison would mean the end of his business and the loss of eight jobs.

Judge Johnson said: “It is clear the scoop of the bulldozer was effectively reaching over the low loader on each side and because of the size of it when driven along that relatively narrow A road this was an accident waiting to happen. The vehicle was clearly in a significantly dangerous state because of that overhang of the scoop.”

He was given a two-year suspended sentence with 10 rehabilitation days with probation and 200 hours unpaid work. He was disqualified from driving for three years.

Judge Johnson said Knight was looked up to in the community for paying his workers during Covid without claiming furlough. He could suspend the sentence because of the harmful impact on others if he went to prison and because he was a good prospect for rehabilitation.

Rough sex defence set to be outlawed in UK