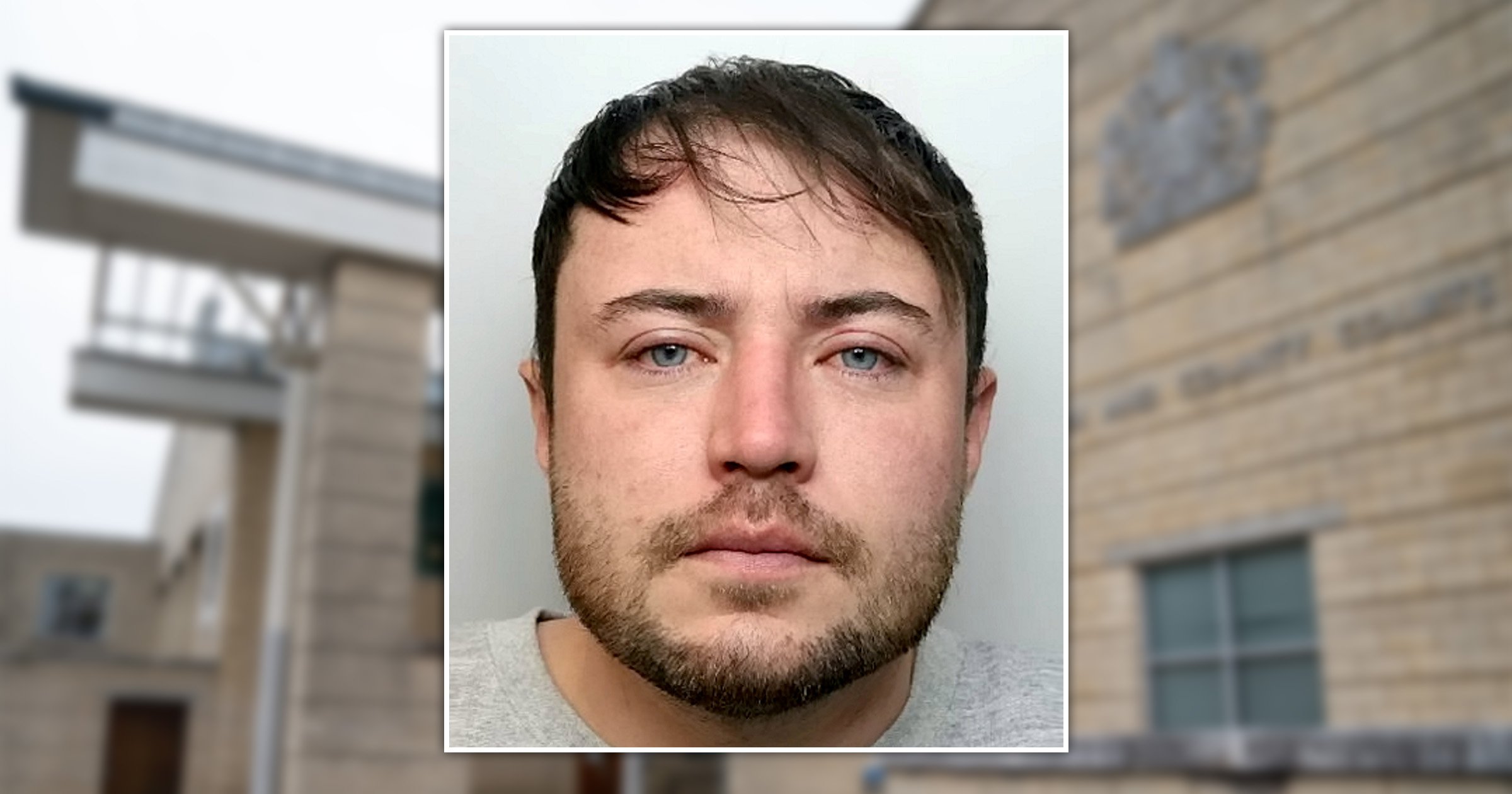 A dangerous driver who left his friend to die in a mangled car crash he caused has been jailed for nine years by a Northamptonshire court.

Ross Cooney, 33, collided with a Mercedes CLK convertible after he swerved onto the wrong side of a residential road in a reckless attempt to overtake some cars.

While he managed to wriggle out of his wrecked blue Ford Mondeo, he left behind his severely injured friend, Kelly Meek, 45, in the backseat.

Paramedics were called to the wreckage at Dunedin Road, Corby, by concerned passersby at around 10am on September 10, 2019.

Meek was pronounced dead at the scene. The 57-year-old driving the Mercedes sustained severe injuries.

His driver’s licence was torn up and he’ll be unable to get behind the wheel again for 10 years.

He will have to take an extended driving test after to get his licence back.

Northamptonshire Police Detective Constable Janette Maitland said: ‘No sentence will ever make up for the death of Kelly Meek and the injuries caused to the driver of the Mercedes.

‘But I am pleased that Cooney has been found guilty and sent to prison for his crimes.

‘Not only did he drive incredibly dangerously on that day in 2019, and cause a horrific collision, but shockingly he ran away, leaving two women with serious injuries behind.

‘One of them – Kelly, was supposed to be his friend, but instead of helping and getting her medical attention, he coldly left her as he fled the scene.

‘Kelly’s family have shown real composure and dignity throughout this lengthy process which I commend them highly for and I hope the conclusion of this case provides them with some semblance of closure.

‘I also hope this brings some type of closure to the driver of the Mercedes and helps with her recovery after this awful event.’