Witnesses said it “sounded like cars were driving through water” as Broadstone Road in Stockport, Greater Manchester, turned to a black goo during the heatwave. The heat liquefied the asphalt and drivers – and pedestrians – struggled through the sticky surface.

The resident added: “It sounded like it had just rained and the cars were driving through the puddles.

“It was that soft your feet got stuck in it if you walked across. The tarmac was all stuck in the treads of my tyres.”

Temperatures peaked at 34.3C in Greater Manchester yesterday – beating the previous record of 33.9C from July 25, 2019.

When temperatures soar some councils grit the roads to prevent them from melting, Manchester Evening News reports.

But some locals in Stockport were unhappy with the council’s preparation for the freak weather.

“It’s because of poor materials,” another says. 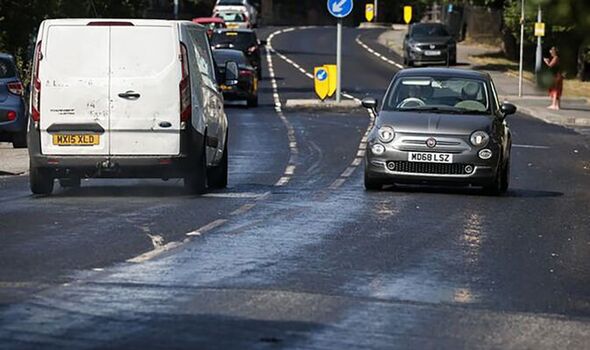 Stockport Metropolitan Borough Council, which has no overall political control, has been approached for comment.

Speaking last week Howard Robinson, chief executive of the Road Surface Treatments Association, said: “Drivers may be bemused to see the gritters out in the summer when they are usually spreading grit and salt during the winter.

“However, this is effective standard practise for keeping a road surface safe during extreme prolonged hot temperatures. Asphalt is a bit like chocolate – it melts and softens when it’s hot and goes hard and brittle when it’s cold – it doesn’t maintain the same strength all year round.” 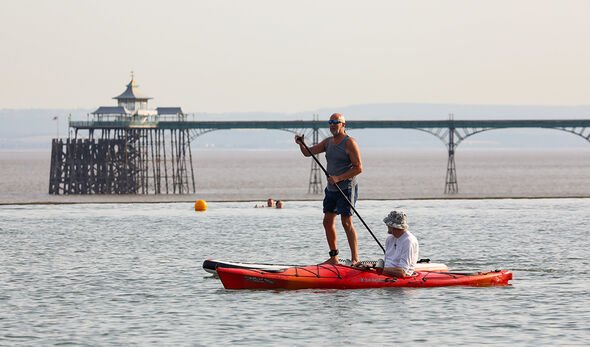 The mercury could hit 40C today, according to forecasters. Weather charts show it’ll be the hottest in Kent, Hertfordshire, parts of Essex, Cambridgeshire and Norfolk today.

The last time meteorological records were smashed was back in July 2019, when Cambridge recorded 38.7C.

London, parts of the southeast, central and northern England are currently on day two of a Met Office red extreme heat weather warning.

'I've lost faith in An Bord Pleanála,' says Pat Kenny after plan for development beside his house gets the go-ahead