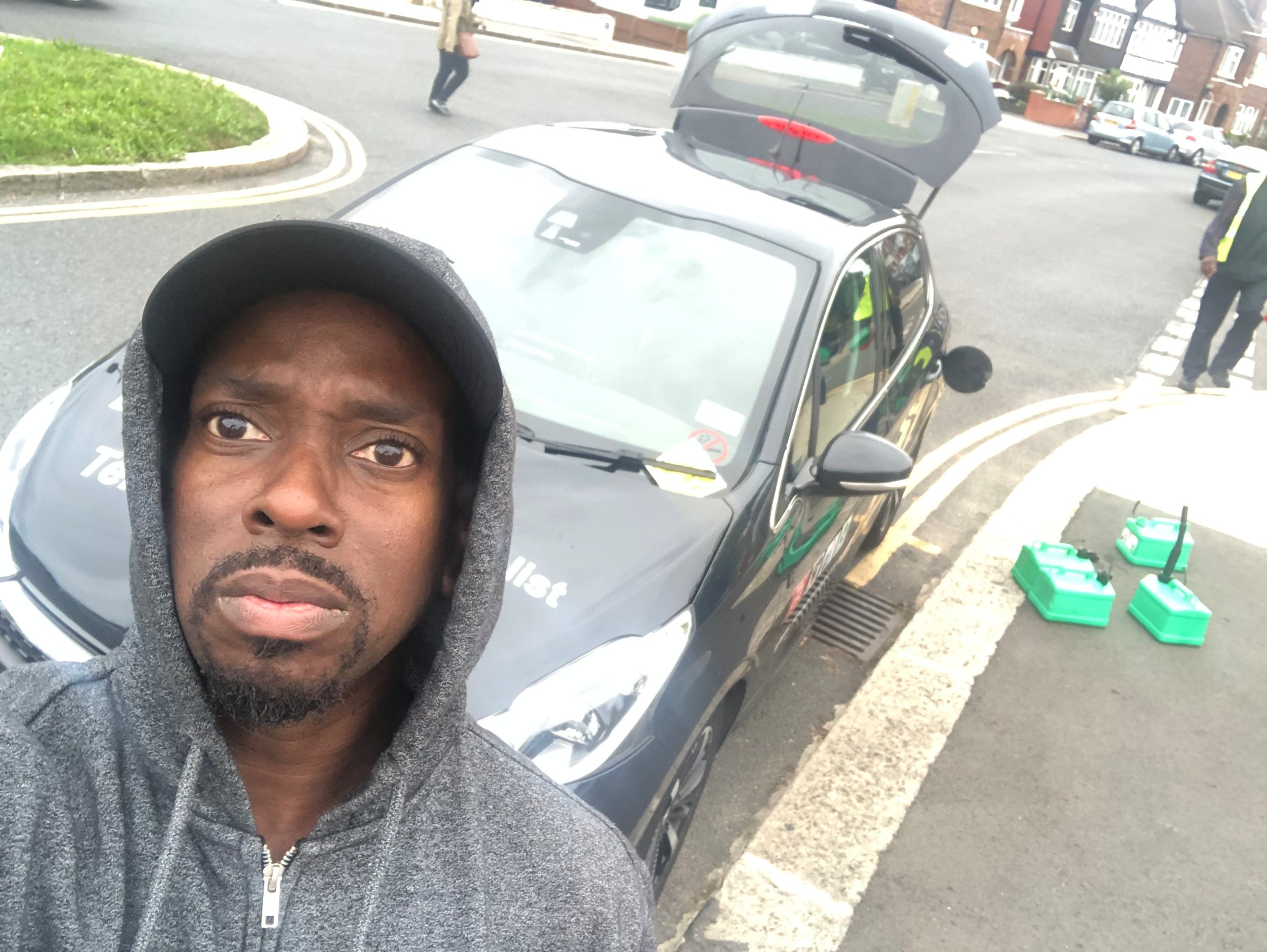 A driving instructor was ticketed for leaving his car on a yellow line while he rushed to get petrol because his car was going to run out.

Kelyon Ross was on his way to pick up a client for their driving test when he realised he needed to fill up.

Brits have been panic-buying since the news broke about the lorry driver crisis, causing incredibly long queues all over the country.

Kelyon said traffic was ‘backed up everywhere’ and he went to get petrol on foot, leaving his vehicle on a yellow line in Brent, northwest London.

‘I just pulled in where I could and looked for somewhere to get petrol as I had a driving test coming up,’ he told MyLondon.

When he came back with his jerry cans, a parking warden was writing him a ticket and ‘ignored’ his questions.

Kelyon has since made an informal appeal but said Brent council has stuck by the fine despite ‘sympathising’ with his situation.

Councillors apparently told Kelyon they were ‘satisfied’ with the traffic warden’s judgement.

Kelyon is thinking about whether to take anything further.

Brent council said: ‘Our aim is to ensure the free and safe flow of traffic within the borough, which is why we have areas where parking is restricted.

‘In this case, the Penalty Charge Notice was issued to Mr Ross for illegal parking on a yellow line.

‘If he believes the PCN was issued incorrectly, or there were mitigating circumstances, we would be more than happy to consider a formal appeal.’