Drought declared in parts of England

Thousands of sun-seekers flocked to beaches as ­holidaymakers and locals were keen to soak up the sun and enjoy a refreshing paddle. 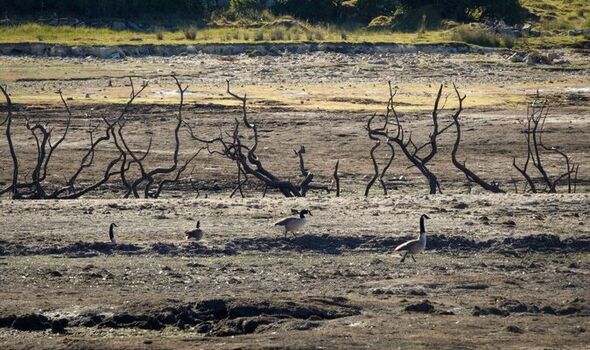 Parched drought conditions continue in the southern half of the UK this weekend, while some areas are bracing for thunderstorms today.

The amber heat warning was issued by the Met Office. This means heat-related illnesses, including ­sunburn and heat exhaustion, are “likely” among the general ­population and delays to public transport are “possible”.

Meanwhile, yellow thunderstorm warnings with heavy rain and flash floods are in place for today through to tomorrow for most of Scotland and Northern Ireland, and from today for parts of Wales and England.

On Friday, an official drought was declared in eight areas of England by the National Drought Group, which comprises representatives from the Government, water companies, the Environment Agency (EA) and others. England’s drought could persist into the next year, according to the EA.

John Curtin, an executive director at the agency, said that after the driest summer in 50 years, it would take “weeks’ worth of rain” to replenish sources.

Yorkshire Water has announced a ban will start on August 26 and Thames Water is planning to impose one in the coming weeks.

Fire remains a menace due to the tinderbox conditions. Yesterday, Cornwall Fire and Rescue Service battled a large outbreak in Camborne. At just after 3pm, the service said eight fire appliances were trying to control the blazing gorse.

On Friday night, crews in Derbyshire tackled a blaze covering three fields, with four engines at the scene in Creswell, near Worksop. Online footage showed flames ­and large plumes of smoke above homes – 50 were evacuated.

In Dorset, teams worked through the night to bring a wildfire at Studland under control. It is believed to have been sparked by a ­dis­­posable barbecue.

Dorset Police said that firefighters had discovered unexploded ammunition bel­­ieved to date to the Second World War on the heath­­land.

The force said a bomb disposal unit would be attending and warned the public in the surrounding area they may hear a loud bang as they dispose of the device.

Yesterday, hundreds of families in Surrey woke up to very low water pressure or no water at all due to “technical issues” at Thames Water’s Netley Mill Water Treat­ment Works.

Former England left-back Graeme Le Saux joined queues for bottled water in Cranleigh but said it had run out by the time he arrived. 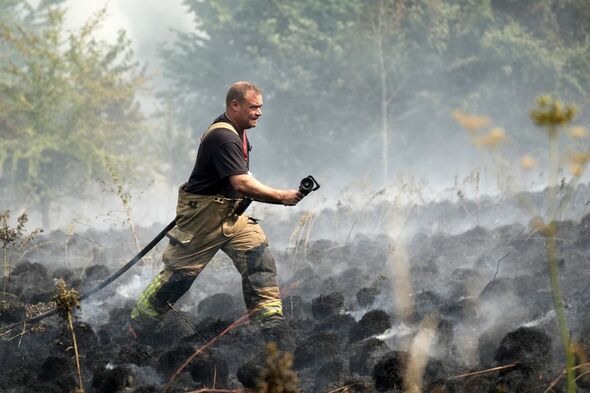 PM Johnson calls on Germany and France to compromise on Brexit