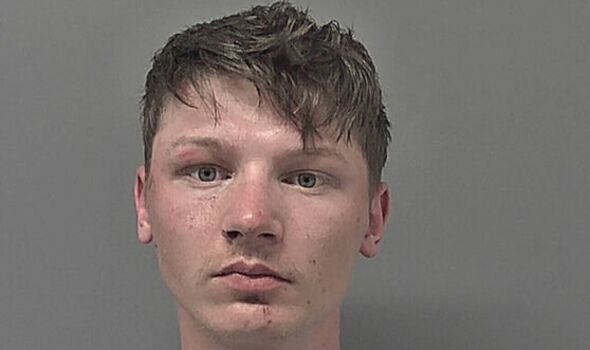 A drug-dealing ex-soldier who stole holy water from an 85-year-old nun has been jailed for peddling heroin and crack cocaine. Adam Fenton avoided custody in October last year when he was handed a two-year suspended sentence for robbery. The robbery involved Fenton and another man riding a moped on a pavement in Hull and knocking down an 85-year-old nun, stealing her handbag containing holy water and other items. At Hull Crown Court on Thursday October 20 Fenton’s luck ran out and he was jailed for drugs offences committed since the robbery in breach of his suspended prison sentence.

Fenton, 21, of Hull, admitted possessing heroin and crack cocaine with intent to supply and possessing £1,025 as criminal property on July 12.

Stephen Welch, prosecuting, said that Fenton was spotted by police as he went into an alleyway in Victoria Avenue, off Princes Avenue, Hull, and drug users were “swarming around” him. He was seen receiving money and was stopped and searched.

He later pretended that the drugs were for his own use and the cash came from selling his bicycle for £1,320. He also said that he did cash-in-hand work as a takeaway driver, earning £50 to £100 for a couple of hours’ work, so it was “not unusual for him to be carrying a lot of cash”.

Fenton claimed that he had a drug debt of £4,000 to £5,000 and had been threatened and told by his dealer that he had to work to pay it off.

He had no influence on anyone higher up the chain and had no financial advantage beyond paying off his debt. Fenton had convictions for two previous offences, including dangerous driving in 2018.

He had been given a two-year suspended prison sentence and 200 hours’ unpaid work at Hull Crown Court in October last year for robbery and possessing cannabis with intent to supply.

The robbery involved him and another man riding along a pavement on a moped in Cottingham Road, Hull, at 7.45pm and knocking down an 85-year-old nun and stealing her handbag containing a bottle of Holy Water as well as keys, a silver medal on a string and addresses written on tags.

The nun got her property back when the bag was found thrown away. Fenton was later identified from CCTV. He was arrested and police found him with 30 bags of cannabis, with a street value of £535. He owed people money at the time.

Rachel Scott, mitigating, said that Fenton had suffered a difficult upbringing. He went into the army at the age of 16 but later left after finding it very lonely when others were going home on leave.

“It was the army that was the problem,” he said. “After he came out of the army, he was sofa-surfing and he ended up in hostels. He was mixing with the wrong crowd.”

Fenton was “absolutely disgusted with himself” after the robbery involving the nun last year and started taking drugs after the break-up of a relationship. “He fell back into crack cocaine and heroin,” said Miss Scott. “That’s how he built up the debt.”

Fenton was jailed for four years. The sentence included a consecutive 21 months after the two-year suspended sentence for the robbery against the nun was partly activated. The £1,025 seized will be forfeited and given to the Cherry Tree organisation in Beverley.