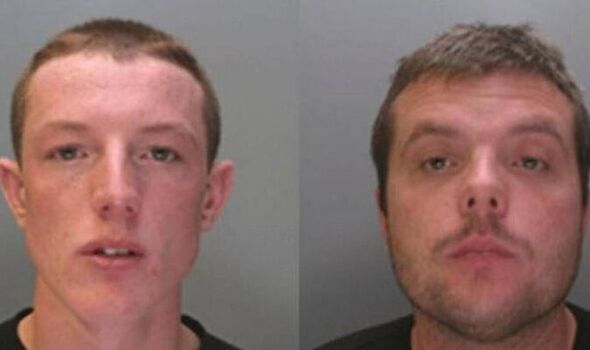 Brothers Michael, 34, and Peter Moogan, 40, used the EncroChat encrypted mobile phone system to try to cover their involvement in a major cocaine and cannabis supply operation but were busted after sending 38th birthday greetings to the latter on the supposedly secure platform which was infiltrated by Dutch and French police.

Messages obtained by UK police showed the pair discussing the buying and selling of cocaine in kilogram hauls between February and June 2020.

But, the brothers, from Huyton, also shared pictures of their children, vehicles, homes and postcodes through the system.

Prosecutors argued they could be linked to the dealing of 8kgs of cocaine and 1kg of cannabis.

In January at Liverpool Crown Court, the pair were each jailed for 11 years and three months after they admitted conspiracy to supply both drugs.

The court heard both men had previous convictions, including for gun offences over which they appeared on the BBC show Crimewatch while they were wanted by police.

They were later caught in Spain, extradited and locked up because their fingerprints were found on weapons recovered by police after they arrested an underworld armourer based in Haydock.

“In my judgement, in this case both of you were clearly playing a leading role in this conspiracy.”

A proceeds of crime investigation was subsequently launched after it was estimated that the conspiracy netted them a total of around £350,000.

However, after ten months the proceedings ended with no significant assets being traced and the brothers ordered to pay up just £1 each.

However, Merseyside Police said that cash that was seized during the investigation would be used for good causes.

The brothers, both from  were arrested in raids that led to the recovery of around £70,000, £30,000 of which has already been forfeited to be used on local good causes, with measures in place to get the remainder.

Detective Chief Inspector Steve Ball from Merseyside Police Economic Interventions Team said: “We understand that the £1 figure looks derisory when taken in isolation, but in addition to the significant amount above, we are still pursuing a further £40,000 seized as part of our warrants. This matter is ongoing at this time.

“Economic crime investigations can often be long and painstaking, during which further assets may or may not be identified.

“We can confirm that proceedings in relation to this investigation are ongoing. To date, almost £30,000, which was seized in 2021, has been forfeited by this organised crime group.”