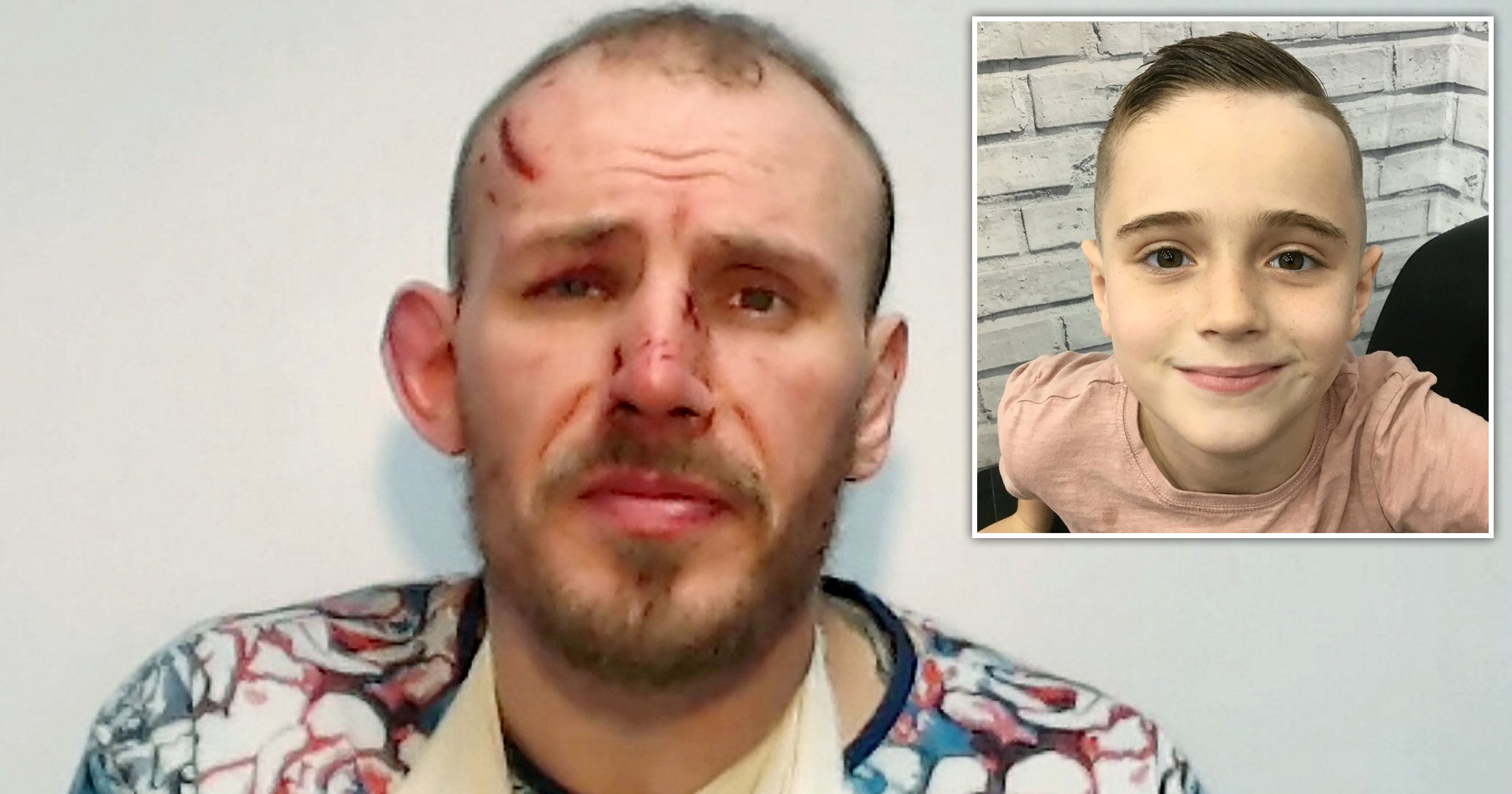 A drug-driving dad who killed his son in a car crash will ‘have to live with the consequences of his actions for the rest of his life’.

Leon Clarke, a self-confessed ‘frequent’ cocaine user, was 13 times over the limit when he drove to pick up sons Blake, eight, and Mason, six, from their grandparents’ house in Middleton, Rochdale.

A court heard how he then lost control of his BMW on the M60 and smashed into a highways maintenance lorry.

Witnesses pulled young Blake out of the wreckage and desperately performed CPR, but he tragically died later in hospital.

Clarke was seen in tears at the roadside holding the young boy in his arms crying, ‘I’ve killed my son’.

Inquiries revealed that the 40-year-old was not insured to drive and the vehicle had deflated tyres.

She said: ‘Blake and Mason didn’t get a choice or a chance that day after they left their nana’s, all the choices were made for them by their dad who they were both excited to see.

‘He killed my precious Blake by the decisions he made on that day.

‘My boys didn’t stand a chance. Now I live in a continuous nightmare that I’m yet to wake from.

‘Mason has lost his best friend and I have lost my beautiful son, and the life and love I once had.’

Victoria added: ‘Blake was cheeky, he was the joker, he was popular, and he was very clever, he had a bright future. Blake was sensitive, affectionate, protective of Mason, his friends and me.

‘He loved school, so much so he couldn’t wait to get back to school on that Monday. He loved his friends, which he had from nursery. He enjoyed street dance, computer games and Lego.

‘Blake loved life and loved his family. Having been told by the hospital that Blake had died and seeing Mason with minor injuries, I couldn’t understand how one of my children was okay and the other was dead.

‘When Blake was laying in his coffin, I knew this would be the last time I would see him, kiss him and touch his skin. I was screaming, shouting at him “please Blake, please wake up for mummy.”‘

He was jailed for four years at Manchester’s Minshull Street Crown Court on Monday.

Prosecutor Jayne Sharpe said: ‘Leon Clarke was well over the drug limit when he chose to drive with his two young children in the car.

‘Those drugs will have no doubt contributed to his impairment to drive carefully. He will have to live with the consequences of his actions for the rest of his life.’