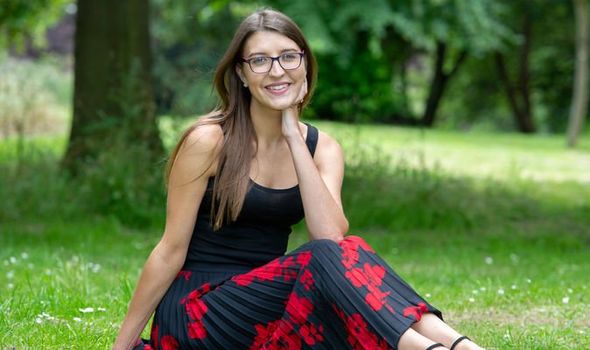 Vertex chief executive Dr Jeff Leiden will have a video call with Carlie Pleasant – – but has refused to allow Express reporters to be present for their conversation. For more than a year Vertex has stalled over a £108million-a-year offer for its CF medications – – including wonder drug Orkambi. Last month Carlie, 29, met Health Secretary Matt Hancock and told him of her fear of dying because Orkambi is not available on the NHS. Married Carlie, who has a two-year-old son, Jude, also penned a letter – – printed in this newspaper – – to Dr Leiden, asking for a similar meeting. The millionaire Vertex boss replied to her: “Your letter speaks to the big impact this serious disease has on families – – in your case, your young son Jude. If we can find a mutually convenient time over the coming weeks I’d welcome the opportunity to speak on the phone with you.” Later he said he did not “feel it is appropriate for a reporter to be in on” their Skype call. 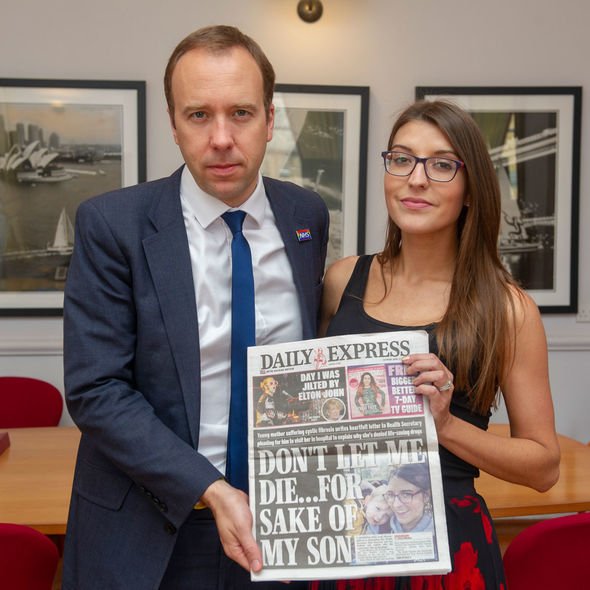 Yesterday, Carlie said: “I’m grateful Dr Leiden has contacted Carlie Pleasant meets Matt Hancock. Dr Jeff Leiden me to arrange a conversation after the Daily Express published my letter. But I’m disappointed that not only is this not a face-to-face meeting but Vertex do not wish the Daily Express present – – unlike when I met Matt Hancock.

“Mr Hancock addressed the CF community on a very personal level by agreeing to speak to not only me but also the media. It would have been helpful for everyone to hear from Dr Leiden at this crucial time.”

Carlie, of Sittingbourne, Kent, added: “Just like when I met Mr Hancock, I will push Dr Leiden for the answers the CF community are so desperately waiting for. Why has a deal not yet been made?

“Does he truly believe that price means more than life?” Last weekend we revealed that Mr Hancock had vowed to contact Dr Leiden “to arrange a meeting as soon as possible”.

The next day Dr Leiden emailed us to say: “I was delighted to read that Mr Hancock is now willing to meet. I am hopeful such a meeting can be arranged soon so that we can continue to work together towards a solution.” 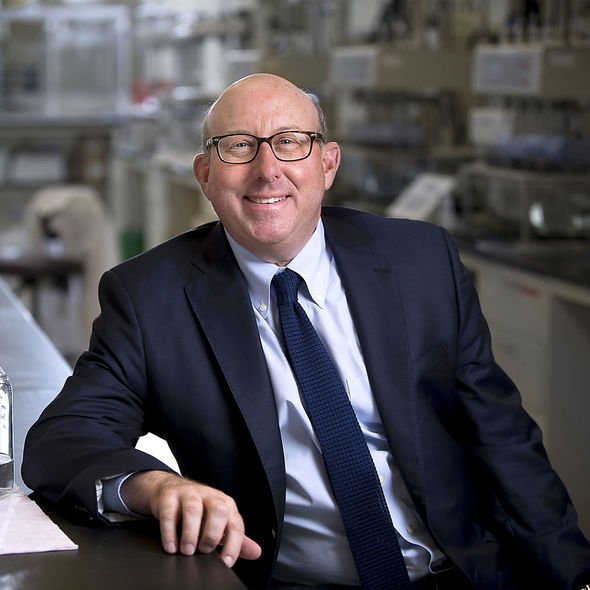 But Carlie said: “Can we expect him to compromise, and also what does he hope to achieve in the upcoming meeting with our Health Secretary?

“I hope Dr Leiden answers honestly and provides up-to-date information in order for us to gain an insight into the current impasse.” Last month, Carlie asked Mr Hancock to apologise to Jude if she should die before getting Orkambi.

During the meeting in London, Mr Hancock told us: “Meeting Carlie has re-energised at a very personal level the imperative to make this deal happen.”

The Daily Express has been crusading for NHS England to strike a deal with Vertex. While Orkambi alone has been unavailable, more than 255 sufferers have died.

Dr Leiden is set to step aside next April. He will remain as executive chairman but Chief Medical Officer Dr Reshma Kewalramani will become president and CEO. 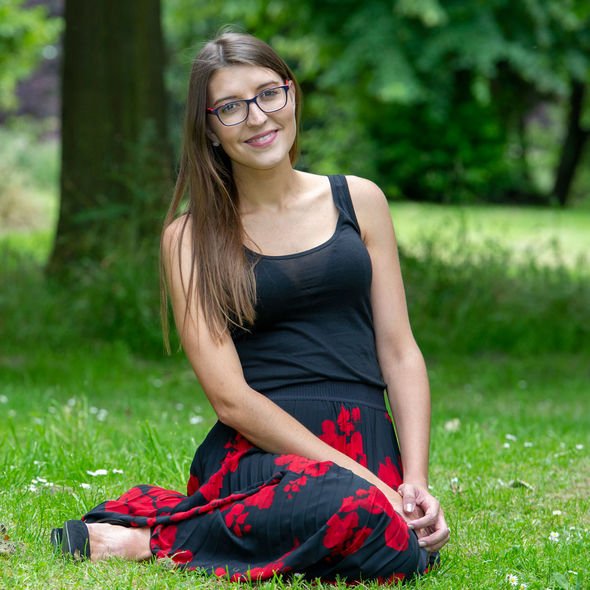 PM must step in and seal the deal, says TV doctor

Consultant paediatrician Dr Jayaram is well known to viewers for his appearances on ITV’s This Morning.

He also built up a close bond with famous fundraising CF patient Elle Morris, who tragically died, aged 11, after waiting months for Orkambi.

Dr Jayaram, from Countess of Chester Hospital, in Cheshire, told us: “It is now close to a month since the new regime took over at No 10.

“Yet we are still no closer to NHS England and Vertex coming to any agreement on funding CF medications widely available around the world.

“These drugs work by allowing cells in the lungs to behave as if CF was not present. But Orkambi, the drug that would work for the vast majority of CF patients, is not yet funded. 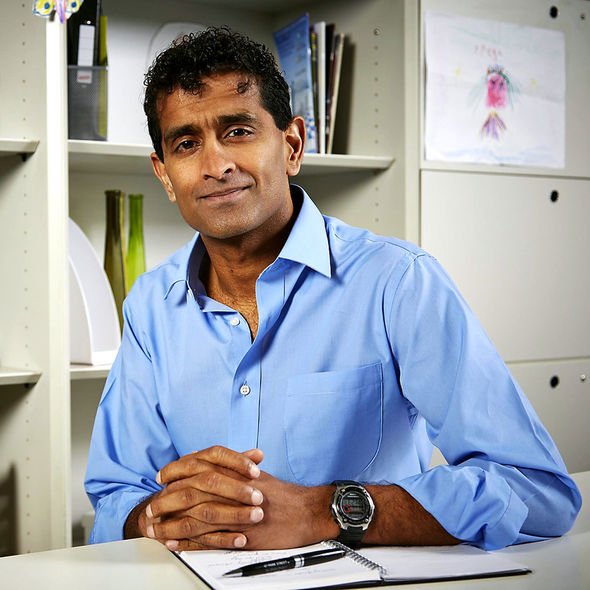 “The new PM has repeatedly talked of his close relationship with President Donald Trump and how easy it will be to make trade deals.

“Health Secretary Matt Hancock is fully aware of the new CF drugs’ potential life-changing impact. I have spoken to him face-to-face about them.

“I hope the day will soon come when CF patients who have paid into the NHS can have fair and equitable access to these treatments.

“I don’t want to continue to see young people with CF becoming increasingly sick over time, knowing there is something there that could stop this from happening.”

“It is expensive but has the potential to extend lifeexpectancy, reduce hospital admissions and improve quality of life, so that high cost could potentially pay for itself.

“Until now, both sides have been blaming each other.

Coronavirus: Scientists warn government is ‘putting big bets on vaccines that may not work’