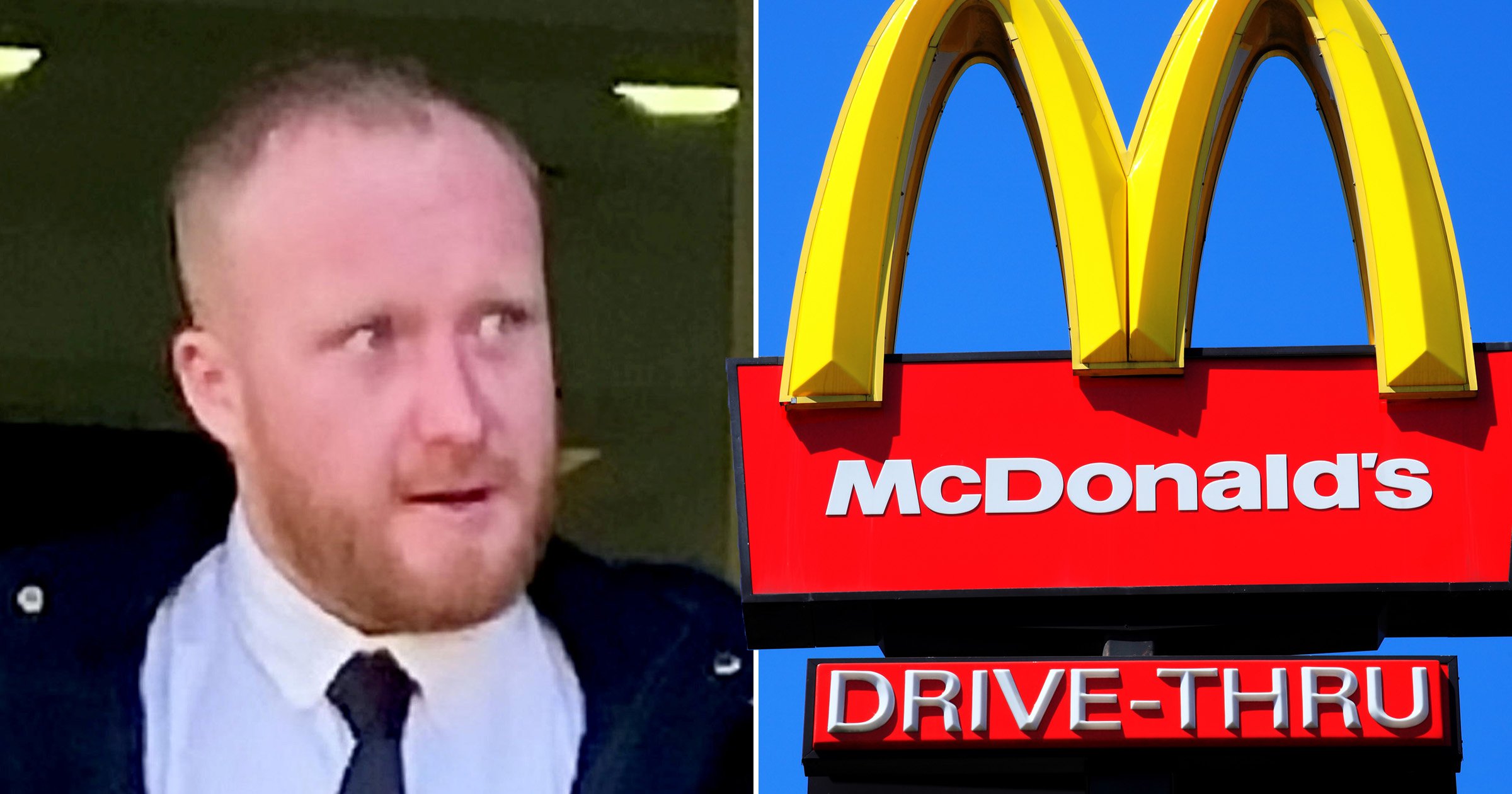 A driver drank so much that when he pulled into McDonald’s for a late-night snack, he couldn’t order – leading staff to call the police on him.

Joshua Walker, 31, got behind the wheel of his Mitsubishi Colt after downing ‘a few pints of lager and a shot’ at a Working Men’s Club in Worcester.

After leaving the club, he decided to stop off at a McDonald’s drive-thru but kept slurring his words and was unable to say the food he wanted.

The young man was arrested and has been banned from driving for 20 months following the incident on October 9 this year.

A breathalyser test showed he had 77 microgrammes of alcohol in 100 millilitres of breath – more than twice the legal limit of 35mcg.

He said: ‘His speech was slurred and his eyes were bloodshot and he was swaying slightly in his seat.

‘One of the staff members told Walker “you look like you’re out of your head” but Walker was said to have dismissed the worker’s concerns, telling them he was okay.

‘Walker was unsteady on his feet, slurring his words and smelled heavily of intoxicating liquor.’

Walker told the court: ‘I have been so foolish. It’s with deep regret I knew straight away I had done wrong. I have been suffering since.

‘I have lost my job. I have lost my relationship, lost my freedom. It wasn’t a luxury I afforded myself – it was a necessity. I can only hold my hands up and say I was wrong.’

Walker said his personal circumstances had been ‘obliterated’ following the incident and he had ‘exhausted his funds’.

Chairman of the bench, David Shadwell thanked Walker for his remorse.

He said: ‘It takes courage to do that so thanks very much. Thank you in open court for being so honest and up-front, not only with your remorse but what you have said.’

Get in touch with our news team by emailing us at [email protected]co.uk.

Being homeless in a heatwave is a fight for survival