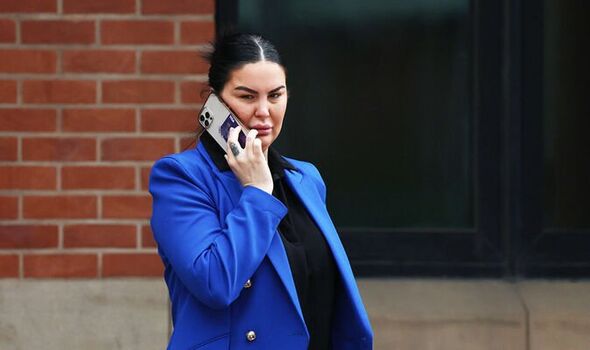 Magen Hendry, 28, was intoxicated when she left her front door ajar and left her children – one of pre-school age and the other of primary school age – asleep at 3am. A court heard police spotted Hendry’s black Audi A9 driving dangerously on residential streets in Stockton-on-Tees, County Durham.

The car had no lights on and was seen going through red lights at two busy junctions.

Police following the mum lost sight of her Audi, before it was picked up by CCTV abandoned in a car park. Hendry was seen crouching behind a wall, reports Teesside Live.

She had covered herself in some sort of grease – thought to be vandal grease – in a bid to hide from police, and her bare feet were bleeding, the court heard.

Hendry made a run for it, but was arrested after a short chase.

However, yesterday Hendry was spared jail despite admitting two counts of child neglect and one count of dangerous driving.

Sitting at Teesside Crown Court, Judge Howard Crowson said Hendry had been “careless about the welfare of (her) children and of other drivers on the road.”

He handed her a two-year supervision order and an 18-month driving ban.

The court heard that, after her arrest on October 25, 2019, the mum told officers she had been decorating her house with a friend who needed a lift home.

But Hendry told officers: “I wouldn’t say it was dangerous driving but by the time I went through the red lights it was too late to stop.”

Police found Hendry’s eldest child crying for her mother at the home in Stockton-on-Tees.

Ms Khan added: “She had woken up, realised that her mother was not present. She’d got upset, she was crying and when the police arrived the youngest child was also crying.”

Tabitha Buck, defending, said that social services had been involved since the incident and that a probation report found that Hendry had resorted to alcohol to cope with a crisis in her life.

The judge warned Hendry that if she drives when banned, she will face a prison term.

Coronavirus: ‘Living hell’ – Britons describe life on cruise ship that no one would let dock after returning home

How the heatwave is going to affect travel this afternoon